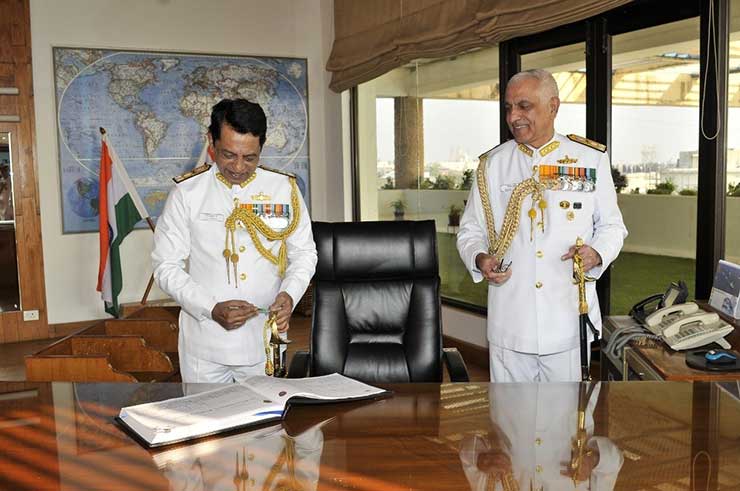 At an impressive ceremonial parade at the Naval Air Station Shikra, the outgoing and incoming Cs-in-C were accorded a guard of honour after which they proceeded to the Headquarters of the Western Naval Command for a formal handing-taking over. On completion, Vice Admiral Luthra was “pulled out” in true Naval tradition.

An alumnus of Sainik School Kazhakootam and the National Defence Academy, Vice Admiral Ajit Kumar P was commissioned in the Indian Navy on July 1, 1981. As a specialist in Missiles and Gunnery, the Flag Officer has served onboard frontline warships of the IN and abroad. 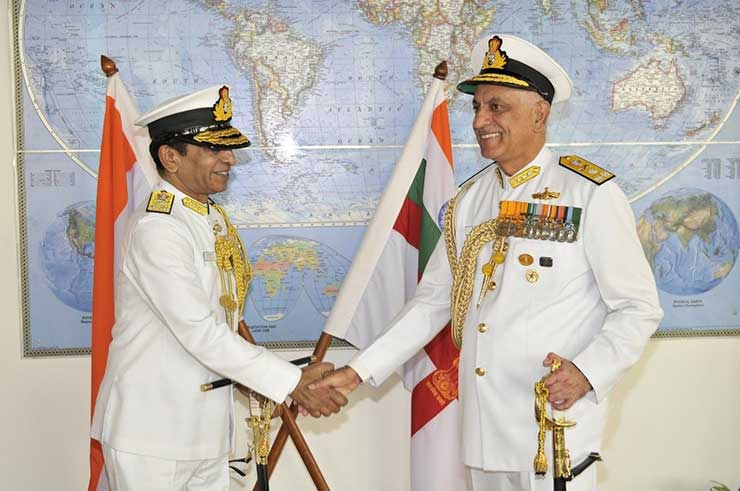 Promoted to the Rank of Vice Admiral in December 2013, he has been Commandant of the prestigious Indian Naval Academy at Ezhimala. His tenures also include extensive experience in higher joint defence management where he has served as Deputy Chief of Integrated Defence Staff (Operations) and Deputy Chief of Integrated Defence Staff (Policy Planning & Force Development), at the HQ IDS.

The Admiral officer was the Vice Chief of Naval Staff at Naval Headquarters, New Delhi in his last appointment prior to assuming charge as the Flag Officer Commanding in Chief, Western Naval Command.