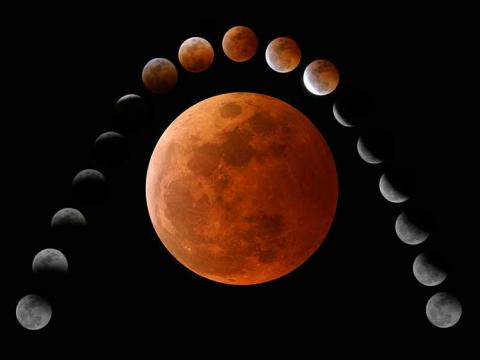 Abu Dhabi, UAE. The UAE Space Agency is sponsoring a series of observation points at a number of astronomy centers throughout the UAE to provide residents with the opportunity to witness the longest total lunar eclipse of the century on Friday, July 27.

Residents are invited to visit the astronomy centers to watch this unique astronomical phenomenon. Viewing locations include, the International Astronomical Center (IAC) based in Abu Dhabi, Emirates Mobile Observatory, Al Sadeem Astronomy, Sharjah Center for Astronomy and Space Sciences and the Dubai Astronomy Group. Visitors will have the opportunity to clearly see the eclipse through advanced telescopes and benefit from the fact that the Arab world, especially the GCC region, will be one of the best locations from which to observe the eclipse.

The phenomenon is expected to last for one hour, 42 minutes and 57 seconds. The moon will enter the semi-shade zone at 9:15 pm (UAE time) on Friday, while the partial eclipse will begin at 10:24 pm as the eclipse transforms into a total one at 11:30 pm.

The eclipse will then reach its peak at 12:22 am on Saturday morning ending at 01:12 am. This will then be followed by the end of the partial eclipse at 2:19 am, and the moon will emerge from the semi-shadow region and completely end at 3:29 am.

H.E. Dr. Eng. Mohammed Al Ahbabi, Director General of UAE Space Agency, said: “The sponsorship of such events comes within the framework of our strategic objective to raise awareness of our national space sector, and the UAE’s abundance of advanced astronomy centers and their world-class capabilities. This global phenomenon is an important opportunity for us to shed light on our dynamic national space sector.”

“The popularity, especially amongst the youth, of previous observation events organized or sponsored by the Agency encouraged us to take advantage of this unique opportunity to engage with the public. Sponsoring such events plays a key role in inspiring our youth to join the space sector and study science and engineering to acquire the required skills to succeed and excel in space and astronomy,” added H.E. Al Ahbabi.

Eng. Mohammed Shawkat Odeh, Director of the International Astronomical Center, said: “During this phenomenon many planets can also be seen. This is the best time of the year to see a number of our solar system’s planets. After sunset, Venus appears in the West as a bright white body, it is the third brightest object in the sky after the sun and moon. Jupiter can also be seen on the south-west side also appearing as a bright white object, and with the use of telescopes four of its moons, its Great Red Spot, and its Equatorial Belts can be seen.” 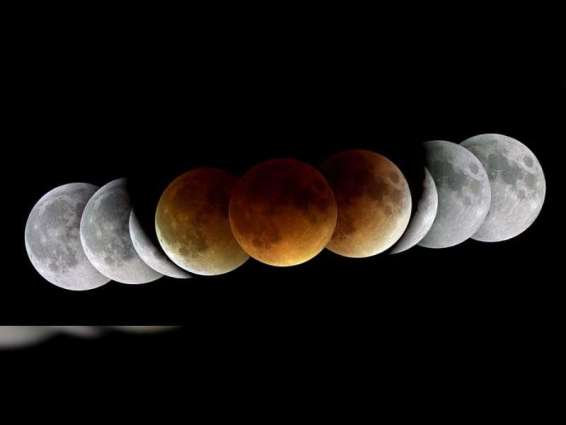 “Saturn will also be visible in the south and by using a telescope its rings and some of the belts on the planet’s disk will also be visible. As for Mars, during this period of time it can be seen clearly using nothing but the naked eye, located to the East as a bright orange object. In addition, if atmospheric transparency permits it, the Planet’s poles will be visible through a telescope,” added Eng. Odeh.

The event organized by the IAC in Abu Dhabi will take place on the Corniche Road opposite the Abu Dhabi National Oil Company (ADNOC) building at 8 pm and will begin with a lecture on eclipses and the planets that can be seen during this period. Attendees will then head to the telescopes to witness the eclipse and various planets.

Nezar Sallam, President of the Emirates Mobile Observatory, said: “Adding to the unique quality of this eclipse, it coincides with another astronomical event that is no less distinguished – the best Mars Opposition – a time when Mars, Earth and the Sun line up in space – a phenomenon that was last seen in 2003. During this time, Mars is at its best location for observation and astrophotography. Mars will be seen in proximity to the moon during the eclipse at about 6 degrees to its south, with both leaning towards a reddish color, especially when the eclipse is total.”

The Emirates Mobile Observatory’s event will include the use of large external displays and a number of advanced telescopes to give visitors the best view experience possible. The public will also have access to the mobile observation vehicle to observe details of the lunar surface during different phases of the eclipse.