In a recent interview to ‘Brighter Kashmir,’ AS Dulat, former head of R&AW eulogised both Pakistani Prime Minister Imran Khan and Army Chief General Qamar Javed Bajwa. According to him Imran Khan is not corrupt and his pairing with Bajwa is good for India and Pakistan, saying, “No political leader in Pakistan stays in power for long. Khan Sahib had a lot of support from the youth. One thing that everyone agrees on is that Khan Sahib has never taken part in corruption. People also say about Bajwa Sahib that he is sensible and wants friendship with India. If there is such a good pairing, it provides an opportunity to move forward.”

Appreciating the recent statement of Bajwa, Dulat said: “Two or three days ago, the army chief of Pakistan made a very good statement: “We want peace and dialogue. Want to work with India. If you want to walk together, let’s talk about meeting.” Dulat also appreciated Imran’s statement on February 5 while celebrating the so-called Kashmir Solidarity Day. Dulat would not talk of the radical part of Imran, why he was called ‘Taliban Khan’ even before he became prime minister, nor the corruption under him, the latest one being the massive scandal in the China-Pakistan Economic Corridor (CPEC) management involving Asim Bajwa, former Lieutenant General directly working under Imran, despite which Asim Bajwa has not been sacked.

Dulat would also not admit that Imran has continued that long because he is dancing to the army’s tune. As for QJ Bajwa, can we overlook how Pakistan’s proxy war on India has increased considerably under him? More significantly, his recent signals of peace talks with India are accompanied with Turkish mercenaries undertaking reconnaissance along the Line of Control (LoC) to infiltrate and cause mayhem in J&K.

SADAT serves as the training and logistical support centre for jihadists in Turkey, Syria and Libya etc and now has India in its crosshairs. Fai is a member of the American Council of Kashmir (KAC), which according to FBI is heavily funded by Pakistan’s ISI and, “Its operatives in Pakistan are reportedly channelising millions through Kashmir to influence elected US officials while funding high-level conferences, lavishly scattering money to promote the Kashmir case to US decision-makers in Washington.”

Tanrıverdi is advisor to Turkish President Recep Tayyip Erdogan’s and wields considerable influence over the Erdogan administration. The extent to which Erdogan has radicalised Turkey must be causing Mustafa Kemal Ataturk, who had nurtured Turkey into a progressive secular state, to turn in his grave. Erdogan dreams of reviving the ancient Ottoman Empire with himself as its Caliph. He has been publicly supporting Pakistan on Kashmir at international forums like the United Nations General Assembly.

Turkish NGOs, especially like Hayder Foundation floated by Diyanet (Turkey’s Religious Directorate) serving Erdogan’s radical agenda, have been indulging in anti-India activities, extending support to separatists under cover of charity not only in J&K after abrogation of Article 370 but also in states like Jharkhand and Bihar

Turkish NGOs, especially like Hayder Foundation floated by Diyanet (Turkey’s Religious Directorate) serving Erdogan’s radical agenda, have been indulging in anti-India activities, extending support to separatists under cover of charity not only in J&K after abrogation of Article 370 but also in states like Jharkhand and Bihar. These NGO’s are members of the Union of NGOs of Islamic World ‘iDSB,’ which has also recruited Islamic NGOs from India as members. Turkey has influence over Islamic institutes in India and the ones that run courses in Turkish language. Youth are being lured to Turkey including through scholarships them with jihadist culture. Incidentally, a recent report has revealed that some 300 youth from J&K who went on short visits to Pakistan on valid visas over past three years have either not returned or gone underground after returning. 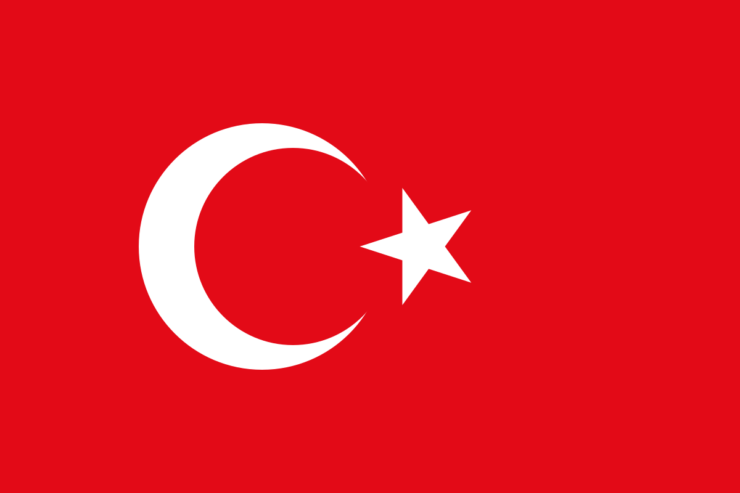 Turkey and Pakistan have bonded more closely after jointly supporting and assisting Azerbaijan by providing mercenaries and armament to fight Armenia during the recent conflict over Nagorno-Karabakh. Defence cooperation between the two countries is strong with many Pakistani scientists currently working with Turkey to enhance its ballistic and nuclear capabilities. Erdogan had asked Pakistani Army Chief General QJ Bajwa for sharing nuclear technology, to which Bajwa had agreed.

The radical embrace between Pakistan and Turkey has full backing of China because this fits Beijing’s strategic designs. When Saudi Arabia’s Crown Prince Mohammed bin Salman visited China in February 2019 he did not criticise China for human rights violations against Uighur Muslims in Xinjiang where a million Uighur are incarcerated in concentration camps. Despite this when China prompted Pakistan to promote Turkey over Saudi Arabia in the Organisation of Islamic Cooperation (OIC), it raised eyebrows in many quarters. China no doubt knows that Saudi Arabia wants good relations with Beijing but China can never get preference over the US in Riyadh’s global view. In using Pakistan to promote Turkey as the leader of the Islamic world, China is playing a bigger strategic game.

China had been keenly watching how the West was using Turkey to train and equip the Islamic State during 2013-2014 and subsequently use Ankara as the conduit for inducting global jihadis including from Pakistan into Iraq-Syria. It is on China’s behest that Pakistan has been promoting Turkey as the leader in the OIC instead of Saudi Arabia. The Turkish Parliament recently approved a bill granting the right to an 18-month presence of Turkey’s military in Libya and Afghanistan, grant of an 18-month extension of military presence on foreign soil being unprecedented.

Recently, the Afghan Taliban has confirmed that its top leadership is in Pakistan, which implies that Taliban-Pakistan and by extension China are on the same page. Pakistani proxies have been operating in Afghanistan in the past decade plus, as are its Mujahids and regular army troops in covert mode fighting shoulder-to-shoulder in support of Taliban. Turkish mercenaries operating in India and Afghanistan in conjunction Pakistani proxies would serve China’s national interests.

China would never lose the opportunity to weaponise radical jihad against India and further the common China-Pakistan agenda in Kashmir. Already the Student Islamic Organization (students’ wing of Jamaat-e-Islami) in India is suspected to be allied with the Turkish organizations for propagating political Islam in India.

Turkish mercenaries along the LoC are Turkey’s indirect declaration of war on India at the sub-conventional level. The aim is not only to augment the China-backed Pakistani proxy war in J&K but destabilise India at large on the plank of Ghazwa-e-Hind in conjunction other terrorist organisations. Our intelligence agencies are obviously alive to these developments but it is about time Turkey is confronted squarely on the issue. Perhaps a demarche to the Turkish ambassador in India is in order.

-The author is a veteran of Indian Army. Views expressed are personal and do not necessarily reflect the views of Raksha Anirveda