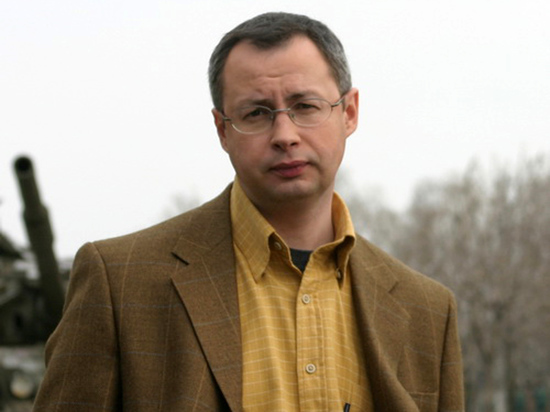 Moscow. A top Russian defence expert – Konstantin Makiyenko, Deputy Director and founder of post-Soviet Russia’s first independent think tank – Centre for Analyses of Strategies and Technologies (CAST) was given a tearful farewell today by his friends and colleagues, representatives Russian military-industrial complex after he lost his battle against COVID-19 on May 16 at a special COVID facility in Moscow.

Makiyenko, 52, was a great friend of India and highly admired the competence and skill of officers and engineers of the Indian Armed Forces, which he closely studied in the course of implementation of major Indo-Russian joint projects for the development Sukhoi Su-30 MKI, Talwar class frigates, T-90S main battle tanks, BRAHMOS cruise missiles etc.

Makiyenko, fondly addressed as Kostya by his close friends, was head of the research department of CAST and made many recommendations and forecasts about how India would develop its military might suitable for its great power ambitions. He was very critical of Indian Air Forces’ MMRCA tender for the acquisition of 126 medium multi-role fighter jets. Almost a decade ago he had recommended to focus on the induction of indigenous Tejas fighters in large numbers and acquire a limited number of various combat jets as a stopgap measure to arrest the declining squadron strength. He also believed that Indian Navy should have a mix of nuclear strategic submarines for power projection in Indo-Pacific and modern conventional submarines for operations closer to home shores.

Makiyenko, who was in the know of nitty-gritty of many past defence deals was critical of Indian political elite for a slow pace of decision making but admired the officers of the armed forces for their professionalism. He was equally critical of Russian bureaucracy and the military-industrial complex blaming them for losing share in the Indian arms market due to failure to promptly resolve problems of spares and after sale service.

Makiyenko firmly believed that high-tech defence cooperation with India was ‘indispensable’ for Russia, but at the same time called for limited arms trade with Islamabad to compete with China in the Pakistani market.

In many publications, Makiyenko had underscored that Indian defence orders give a new developmental input to the Russian military-industrial complex while China and other countries simply pick serially produced weapons and platforms. He was vocal supporter of Russia’s close cooperation with India in its indigenous fifth generation AMCA fighter project.

Kostya was a very affectionate person and loved paneer tikka and Old Monk rum. Many years ago we had travelled to Baltiysk naval base for the commissioning of INS Tabar in Russia’s exclave of Kaliningrad. At the reception hosted by the Indian Navy when I told the naval officer in charge about his passion of paneer and Old Monk, prompt seating arrangement was made for us in the overcrowded reception hall and we were served his favourite paneer dishes and Indian rum.

A great void has been after Kosty’s departure to heavenly abode because he was one stop source on military-technical issues and always was only a phone call away. RIP my friend Kostya!

– The writer is a Moscow-based independent analyst. Views are personal.