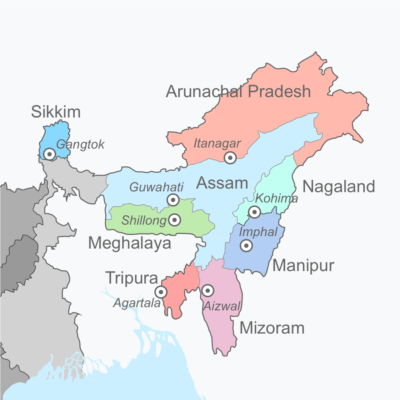 New Delhi: In a move to boost connectivity in the Northeast along the Sino-Indian border, the Government has approved creation of 18 border patrol tracks in Arunachal Pradesh to improve patrolling as proposed by a home ministry committee, said officials. This will help the Indian Army and Indo-Tibetan Border Police (ITBP) develop infrastructure in inaccessible areas adjoining China, they said.

The development of “critical infrastructure” at a cost of Rs 1,162 crore has been sanctioned and it will cover an area of 600 km, as per the proposal. India and China share a 3,488 km border, of which 1,126 km is in Arunachal Pradesh while the remaining is in Sikkim, Himachal Pradesh, Uttarakhand and Ladakh.

“The construction of 18 foot tracks is part of the infrastructure development project. It will enhance the capabilities of ITBP, which maintains vigil along the border. These tracks can be used by the Army to supplement the main border roads for transportation of men and material,” said a senior government official.

The home ministry’s proposal had been pending for the past one year and was not connected to the recent disengagement of Chinese troops in Ladakh, said another official. Indian and Chinese forces agreed to disengage early this month after a nine-month standoff. The two sides have acknowledged removal of the forward deployment in a phased, coordinated and verified manner.

“The construction of several projects was delayed due to security and environment clearances but in the wake of the standoff with China in Ladakh, majority of projects have been cleared,” said an official.

The ITBP maintains 180 border outposts on the India-China border.