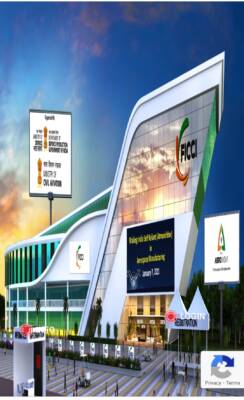 New Delhi. As the countdown began for a curtailed Aero India 2021 show with emphasis only on business end to be held at Yelahanka Air Force Station in Bengaluru from February 3 to 5, the focus at a webinar was on “Making India Self Reliant in Aerospace Manufacturing” where the participants felt that there was need to work towards making India a more vibrant and sustainable hub in this sector.

The webinar organised by industry body Federation of Indian Chambers of Commerce and Industry (FICCI) in association with the Ministry of Civil Aviation (MoCA) was addressed by prominent members from government and the aviation sector. Civil Aviation Secretary Pradeep Singh Kharola emphasised that the state governments must play an important role in aerospace components manufacturing. State policies on investment, taxation, and labour should attract manufacturing units from all over the country.

He said that it is now time to move from generics to specifics as far as aerospace manufacturing is concerned and that the aerospace industry ranges from R&D and design, manufacturing to MRO. “The MRO (Maintenance, Repair, Overhaul) is a fledgling industry, and we are working towards making it more vibrant and sustainable and to ensure that India emerges as the MRO hub of the region,” he added.

According to available data, the Indian MRO market was estimated at US$800 million in 2011 and was expected to grow to over US$1.5 billion by 2020. However, currently India constitutes one per cent of the global MRO market worth US$45 billion.

Elaborating further, Kharola said that with fast expanding skies, most aircraft need to be sent abroad for maintenance and repair. “This is the lowest hanging fruit that needs to be plucked. We are working on certain reforms- the tax policies have been rationalised. As a result, our MROs are on a level playing field,” he added.

He said India has a large defence requirement- the defence offset policy wherein a favourable environment has been created for investments to be made in India and this requirement will only increase. “We need to sit together with stakeholders and identify opportunities to get the required synergy to sustain the aerospace sector,” he noted.

Dubey felt there is a great deal of consciousness that India will no more be a nation of buyers and importers. “Indians are sharp enough to absorb any technology and we are looking at a job-filled growth and not jobless growth,” he said.

Speaking at the webinar, Usha Padhee, Joint Secretary, Ministry of Civil Aviation, said even though civil aviation was the hardest hit by the pandemic Covid 19, and was still “not in a very comfortable position,” but new opportunities have been explored and “by putting new normals in place, globally civil aviation is back on track.”

She felt that civil aviation as a sector has emerged as an engine for development. “Globally, civil aviation is on a recovery track and nationally, this sector is going to play an important role in achieving the US$5 trillion economy goal of the country.” The aviation sector has shown courage and resilience in bouncing back, she said.

Ms Padhee felt it is the government’s responsibility to create an ecosystem on which private entrepreneurship grows. “The government has been taking initiatives to smoothen the ease of doing business, build ecosystems, and open up financial services for various initiatives that can give fillip to aviation manufacturing,” she added.

Remi Maillard, Chairman, FICCI – Civil Aviation Committee and President & MD, Airbus India said that there is a need for accelerating the transformation of India as a manufacturing hub and accelerating the regulation changes.

“It is gratifying to see Indian companies achieving laudable competency in all areas of aerospace manufacturing. Making India Atmanirbhar in the aerospace manufacturing does not mean copy-pasting capabilities that are already existing elsewhere. We must leverage the country’s immense competencies and talent pool to leapfrog to the technologies of the future. Ambition should be to enable India to take an active part in the development of the next generation,” he said.

Participating in the programme, Ashmita Sethi, Co-Chair, FICCI Civil Aviation Committee and President & Country Head, Pratt & Whitney India said that though the company had been for seven decades powering Indian aviation sector, but much more needs to be done to make the country atmanirbhar specially in terms of policy implementation, taxation policies, infrastructure and labour laws.

She said that even though a world class training centre for airlines has been set up in Hyderabad and it has been attracting airlines from world over, despite all this “policy implementation at the ground level has not happened.”

Ms Sethi said that engine parts which the government announced would be taxed at five per cent are taxed at 18 to 20 per cent and this creates discrepancies and need to be streamlined.

Parag Wadhawan, Managing Director Collins Aerospace India, which is a part of leading American company Raytheon, said one of the biggest challenges facing the Aerospace industry is the MRO certification which takes more than a year and therefore it is imperative that the process is sped up.

Painting a positive picture for drones in India, Ankit Mehta, Co-Founder and CEO ideaForge which has been in the business of drone manufacturing, felt that there was need for a National Drone Commission for operational and fast clearance for drones and the setting up of such a Commission “would be a shot in the arm for the Drones sector.”

As of now 80 per cent of the market for drones is government led and if the country has to develop efficiency and efficacy, there is need for “continuing high intensity path towards commercial usage of drones,” Mehta said.

Mihir Kanti Mishra, General Manager, Aerospace Division, Hindustan Aeronautics Limited (HAL) said the Defence Public Sector Undertaking (DPSU) has been focussing on Make in India which aims at making India a destination for entrepreneurs and that 25 sectors have been identified for entrepreneurship.

He said HAL has been the largest exporter among the DPSUs exporting its products to about 20 countries and for the last five decades has been playing a major role in the space programme of ISRO.

-The writer is a senior journalist and media consultant