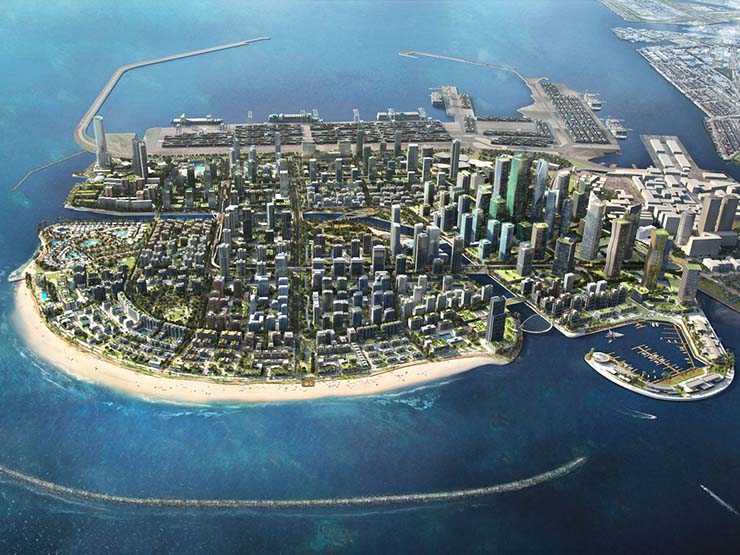 A wide array of people including civil society workers, advocates, monks, opposition political parties including United National Party (UNP), the Janatha Vimukthi Peramuna (JVP), trade Unions and many others have filed multiple petitions in the Supreme Court of Sri Lanka against the bill captioned as Colombo Port City Economic Commission (CPCEC). The petitioners claimed that CPCEC contravenes constitution, labour rights and is against the sovereignty of the country. The petitioners asserted that the sovereignty of the country is under threat because of the extra ordinary powers given to the commission for the construction of Colombo Port City Project.

The proposed law stipulates to create a commission which would grant registrations, licenses, and any type of approval to conduct business in the special economic zone (SEZ) which would be created by the proposed law. The commission would also decide about the custom duty, taxation or its exemption,value-added tax (VAT), or decisions about casinos, gambling etc. The CPCEC would be authorised to take all decisions pertaining to SEZ.

The petitioners claimed that the Port City Commission would be against the territorial integrity and sovereignty of the country. They also mentioned that the concessions Chinese will be getting under the proposed law were neither given to the Sri Lankan nor to any other foreign business persons although they are in the business from several years and had better commitment. The proposed law also provides that the private auditors would audit the accounts and the auditor general will not be authorised to audit the accounts. In this way parliament would not have any control on CPCEC. The proposed bill also authorises president to nominate as well as sack the members of the commission.

The CPCEC would take off all powers of the parliament and mentions that all investment should be in foreign currency, and the disputes would be solved through arbitration and not by the courts. The activists claim that these provisions would finish the sovereignty of the country and would reduce Sri Lanka into a Chinese colony

The petitioners demanded that the CPCEC should be passed by a two-thirds majority from parliament and also through a referendum before it becomes the law. The CPCEC would take off all powers of the parliament and mentions that all investment should be in foreign currency, and the disputes would be solved through arbitration and not by the courts. The activists claim that these provisions would finish the sovereignty of the country and would reduce Sri Lanka into a Chinese colony.

Chinese port city project which commenced in 2014 was propagated by President Mahinda Rajapaksa as an investment centre to attract the foreign capital. The three kilometres financial centre is on reclaimed sea land at Galle Face seafront in middle of Colombo city. The project was initially suspended by Rajapaksa’s successor Sirisena, but later work commenced, and it was complete in 2018. The estimated cost of the project in 2017 was USD 15 billion and is part of Belt and Road Initiative (BRI).

The Sri Lankan people are concerned about the hefty loan given by China. In past Colombo failed to repay the debt and it had to surrender Hambantota port to China in 2017 in lieu of USD 1.2 billion for a 99-year lease. According to Sri Lankan law, all new bills have to be cleared by Supreme Court hence Jayantha Jayasuriya the Chief Justice of Supreme Court has appointed a 5-member bench to hear the petition. Chief Justice will head the bench.

After losing Hambantota, the intellectuals in Sri Lanka are becoming suspicious of Chinese intentions, hence the Chinese project – Colombo Port City (CPP) special economic zone (SEZ) is in controversy from the beginning. In Sri Lanka, the civil society is powerful and continuously work to slash the powers of executive president.

The opposition parties including Samagi Jana Balawegaya (SJB) and United National Party (UNP) though in favour of Colombo Port City project are against the proposed bill. Opposition leader Sajith Premadasa while criticising the bill stated that the bill if passed will make the country subservient to foreigners. Another SJB leader Lakshman Kiriella pointed out that if this bill is passed then 25 laws passed by the parliament will not be applicable on the SEZ which will become a safe haven for money laundering. 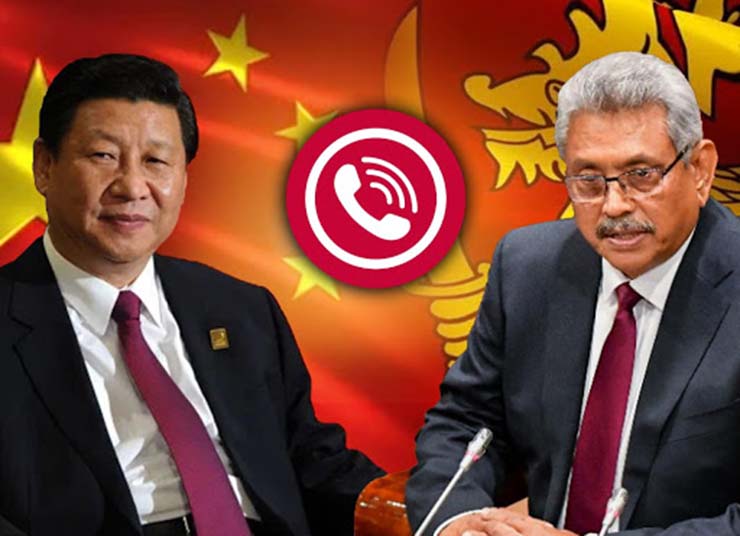 Anura Kumara Dissanayake leader of Janatha Vimukthi Peramuna (JVP) stated that if the proposed bill passed, Sri Lanka will be reduced to a “Chinese province”. He also mentioned that local businessmen would not be allowed to function in the Port City which may become a separate region where the local laws would not be applicable. Chandrika Bandaranaike Kumaratunga former Sri Lankan President also remarked that Sri Lanka is becoming the ‘colony of China’ and stated that the people and parties who opposed the Colombo Port’s Eastern Container Terminal (ECT) with India are not opposing the present contract with China.

Wijeyadasa Rajapksa, Minister of Higher Education and Cultural Affairs, Agriculture Minister Mahindananda Aluthugame, former Central Bank Governor Ajith Nivard Cabraal and others defended the bill and mentioned that the people are criticising the bill on behest of foreign powers. Sri Lankans will get jobs in the SEZ and the local police has full jurisdiction on SEZ.

President Gotabaya Rajapaksha has close ties with China, and recently he talked to Chinese President Xi Jinping, where both leaders consented to augment bilateral ties to recover from the current pandemic. The Gotabaya government had changed the Memorandum of Understanding (MoU) signed by his predecessor with U.S. on the investment of US$ 450 million. Not only this Gotabaya also revoked East Container Terminal (ECT) agreement in which besides India Japan was also a partner. The ECT was cancelled as there were protests by labour unions and Sinhala nationalists headed by monks. Same groups and many others are now opposing CPP, but the government instead of scrapping it, is defending the same. Sri Lanka also cancelled a deal with Indian Oil Corporation (IOC) pertaining to oil storage tanks.

Even if supreme court clears it after some changes and government passes it after some amendments the government would have to convince the masses that the SEZ would provide them employment because Chinese bring people from China to complete the projects. Government scrapped U.S., India, and Japanese projects where the locals get the employment. In Hambantota only Chinese were benefitted.

Besides capturing strategic areas in the region China which considers India as its prospective adversary is also encircling India. The Baloch nationalists claim that China has already occupied Gwadar Port, would exploit the vast mineral resources of Balochistan and water resources and arable land of Gilgit and Baltistan

China is spreading its wings in the areas like tea, rubber, and coconut plantation etc. where India was dominating. Recently China Railway Beijing Engineering Group Co. Ltd got contract to build 40,000 houses in Jaffna district.

The strategic analysts claim that China allures financially weak countries to develop massive infrastructure and for that China provides loan, men, and material to construct the infrastructure. The infrastructure is so expensive and hidden terms of loan are so stringent that these countries fail to repay the loan and then China occupies these assets. As China brings men and material from China hence these projects do not generate employment and do not improve the financial conditions of the financially weaker countries. The debt repayment became more difficult due to Covid-19 pandemic. China’s is fulfilling this strategy through Belt and Road Initiative (BRI).

Besides capturing strategic areas in the region China which considers India as its prospective adversary is also encircling India. The Baloch nationalists claim that China has already occupied Gwadar Port, would exploit the vast mineral resources of Balochistan and water resources and arable land of Gilgit and Baltistan. The analysts claim that Beijing would exploit Pakistan through China Pakistan Economic Corridor (CPEC) and Pakistan cannot resist because of its feeble financial condition. The influence of China is constantly increasing in Nepal and pro-China elements are spreading anti-India sentiments. Hence India as well as its smaller neighbours should be careful about the ulterior motive of China.

(The writer is a Delhi-based strategic analyst and member of United Services Institute of India and Institute for Defence Studies and Analyses. The views in the article are solely of the author.)