The Indian Air Force pulled off a spectacular raid deep into Pakistani territory to strike at a training establishment of the Jaish-e-Mohammed – a Pakistani supported terrorist group which claimed responsibility for the Pulwama terrorist attack which killed 44 CRPF personnel.

While there has been a heated and ill-informed debate on the results of the strike with satellite images clearly showing potential impact points for SPICE guided munitions on the roof of one building, the fact that the strike happened at all and without interception is a tribute to sound planning.

The Pakistani response resulted in the loss of one IAF MiG-21 Bison which intercepted a strike package of Mirage III/VRose, F-16s and JF-17s. The PAF strike package disgorged its ordnance either in PoK or slightly in J&K and were prevented in accomplishing their task of hitting an ammunition dump and a Brigade HQ.

However, while the IAF performed creditably, improvements to its force levels and ordnance need to be undertaken to give it dissuasive power beyond being able to establish superiority over the PAF. This includes additional aircraft as well as improvements in ordnance and an improved SAM network.

The Indian Air Force has an effective strength of 31 combat squadrons. These include eleven squadrons of the Su-30MKI, three each of the MiG-29 and Mirage 2000 (currently undergoing an upgrade), six of the Jaguar (at the initial stage of an upgrade process) and six of the MiG-21Bison. In addition, two upgraded MiG-27 squadrons continue to serve alongside the equivalent of half a squadron with the Tactics and Air Combat Development Establishment (TACDE).

The IAF desires a strength of some 42 combat squadrons by the period 2027-32 to meet the contingencies of a two-front war. Assuming a practical strength of 31 squadrons – discounting the Tejas squadron that is still to reach its desired strength, there is an immediate requirement for 11 more to meet its desired force levels by 2027.

Although making up this shortfall by 2027 poses significant challenges, the IAF is not without options. It had planned to acquire an additional five squadrons of Rafales and undoubtedly would still like to do so if permitted. To compensate for this shortfall and to cater for future replacements for aircraft such as the Jaguar and eventually the MiG-29 and Mirage 2000, India has two active plans to bolster force levels. One of these plans involves the procurement of new single and twin-engine fighters, with the latter taking priority. The other involves the procurement of four squadrons of the Tejas Mk.1A variant. However, no contract for the latter has yet been placed.

Any procurement invariably meets the problem of the none-too-generous capital budget allocated to the IAF. It has been established that the IAF needs to induct no fewer than 12 combat squadrons to meet its targeted strength by 2027. 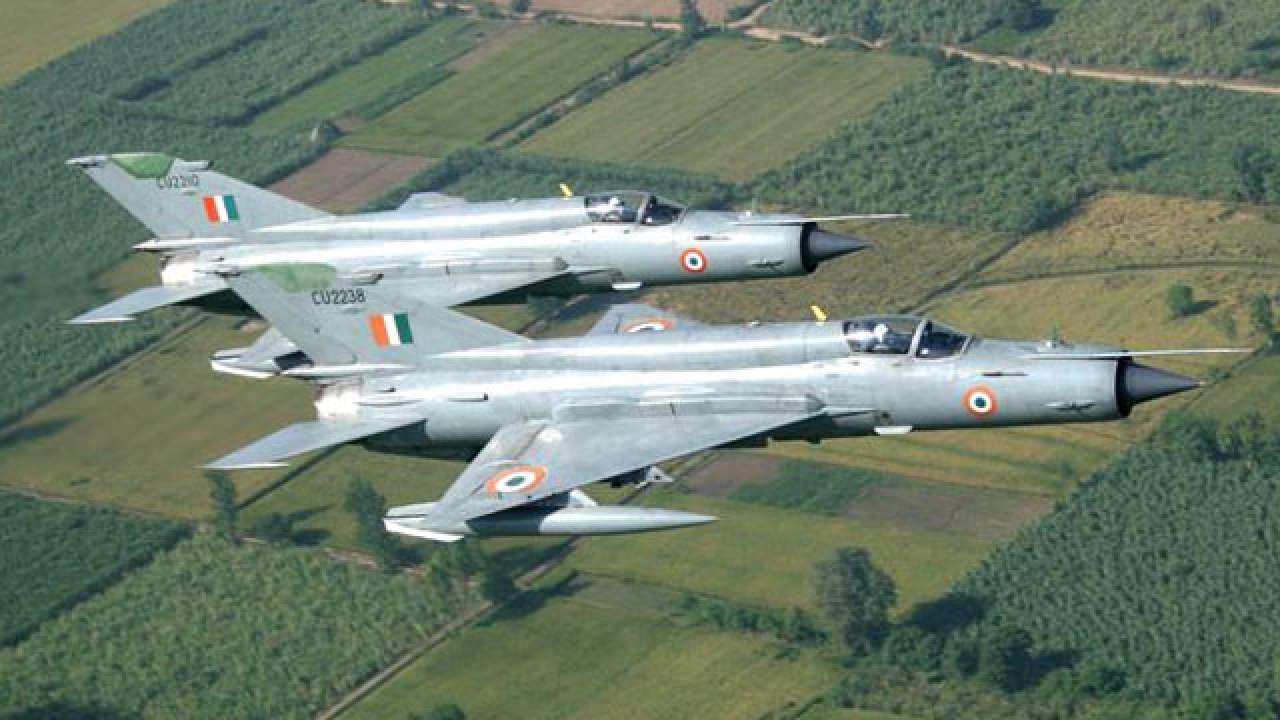 As a first step, it is suggested that full support for the Tejas Mk.1A project has to be forthcoming on the part of all stakeholders – Government, ADA, HAL and IAF. This would deliver four squadrons to the IAF by 2025, with the prospect of additional aircraft if the Tejas Mk.2 is funded and developed through the necessary redesign of the airframe.

The second step that needs to be taken is to forego the selection of a new twin-engine fighter under a “Make in India” initiative. The selection of the Rafale should stand and, subject to the price and technology transfer package being satisfactory, the induction of additional Rafale aircraft beyond the existing 36 should be considered as a priority.

The need for a R-77 replacement has been felt with the Astra being designed to fill that role. Already achieving intercepts at a range of 75-100km, the Astra has the potential for much evolution and growth and the need for a much longer-ranged version should be processed as a matter of urgency.
The Tejas Mk1 and Mk.1A are currently cleared to fire the Derby BVR missile and the R-73 WVR missile. There are reports that the IAF will try to integrate the AIM-132 ASRAAM air-to-air missile on the Tejas.

It is the forthcoming delivery of the Dassault Rafale that promises to revolutionize the IAF’s air combat capability. In addition to a substantial stock of Mica air-to-air missiles, India has ordered the MBDA Meteor long-range missile which can engage targets at ranges beyond 150km.

The Indian Air Force is embarking upon a systematic indigenization of the majority of the SAM inventory. In addition to the existing eight Akash SAM squadrons, the IAF is considering the purchase of seven more squadrons, possibly of a version fitted with a seeker or of the proposed Akash next-generation. Once again, the delay in placing such orders is inexplicable and warrants urgent attention. The Indo-Israeli joint venture for a MR-SAM will equip some eighteen squadrons with the first being operationalized by 2019. Whether additional squadrons will be ordered is as yet unknown but the type has the potential to transform the medium-range SAM network of India. 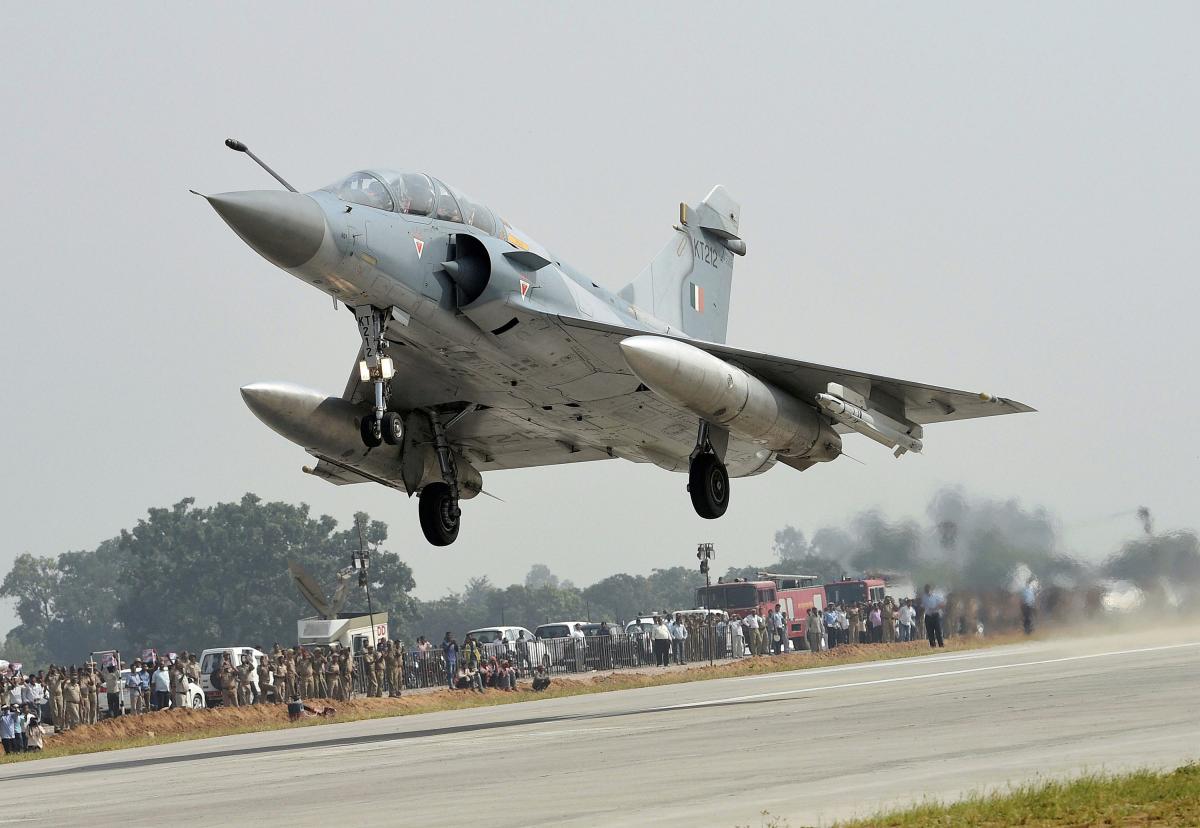 There is also work being undertaken on a long-range SAM of as yet an unknown type. The induction of four squadrons of Spyder short-range SAMs to supplement the OSA-AK-M squadrons will be followed by DRDO’s own QR-SAM system which has begun its testing process.

For long-range SAMs, India has placed much emphasis on the acquisition of five squadrons of S-400 SAMs. However, the IAF had identified a requirement for some fifteen S-400 squadrons and it is expected that the service will push for additional systems in the future.

The IAF has a total of 3 A-50 Phalcon AEW platforms, supplemented by two ERJ-145 based Netra AEW systems developed by DRDO. However, the requirement for additional AEW aircraft, including two additional A-50 aircraft have been delayed for some considerable time. Additional AEW assets are provided by two Aerostat systems with at least nine more being sought. The lack of urgency in decision making in respect of these platforms is puzzling. The IAF is trying to modernize and expand on a very limited budget. Balakot has shown that there is no substitute for modern equipment. The IAF has allowed its technological and numerical edge to slip. The need for remedial action is urgent and the options available need to be taken.