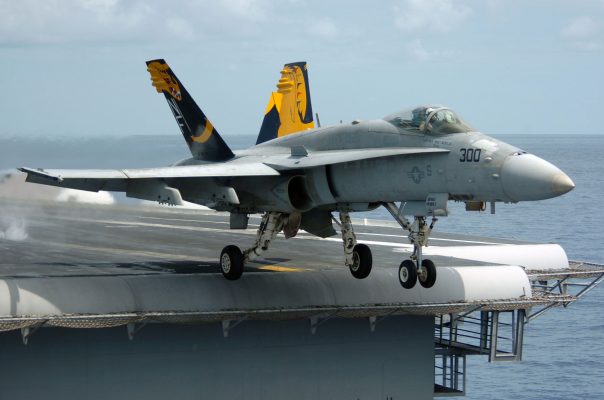 The Boeing Company has received a $1.517bn deal to provide system configuration sets and associated services for F/A-18A/B, C/D, E/F Hornet fighter aircraft and EA-18G electronic warfare aircraft. The contract was awarded by the US Naval Air Warfare Center Weapons Division (NAWCWD) and covers purchases by both the US Navy and foreign military sales (FMS) customers.

Work under the contract is set to be performed in China Lake, California, and St. Louis, Missouri, until June 2023.

The US Marine Corps (USMC) has placed a $198m order with BAE Systems for new amphibious combat vehicles (ACV).

BAE Systems will deliver an initial consignment 30 all-terrain ACVs to help meet the USMC’s requirements as part of the agreement, which also includes options worth up to $1.2bn for the supply of a total of 204 vehicles.

Work under the deal will be performed at various BAE facilities situated across the US.

The CCT project will involve the acquisition of four Tamandaré-class ships, which will be used to safeguard the country’s maritime domain against potential threats.

The ISR support to be provided under the deal will primarily provide assistance to US Marine Corps Task Force Southwest operations in the US Central Command (CENTCOM) area of operations (AOR) using MQ-9 Reaper air vehicles.

Work under the deal is expected to be completed in November.

General Dynamics is set to procure materials for the US Navy’s Virginia class submarines (SSNs 802-811) until January 2019 as part of the contract modification.

The contractual work will be performed at various locations across the US.