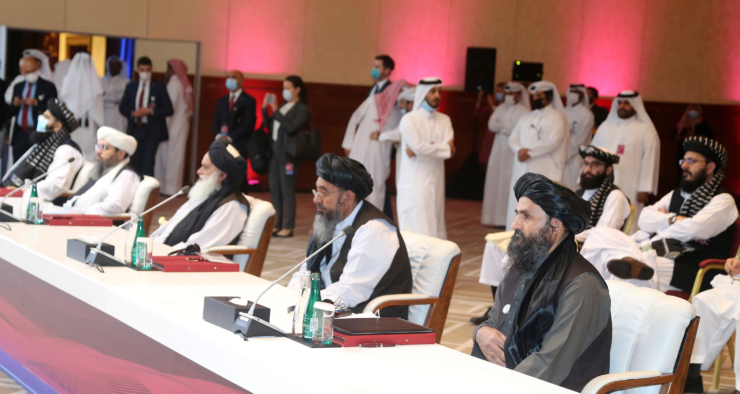 Kabul: Post-war Afghanistan, in the eyes of the Taliban, will be a law-abiding country, a member of the community of nations, open for business, and at peace with itself, its neighbours, and the rest of the world. But the sexes will be strictly segregated, women will be forced to wear hijabs, and freedom of speech and expression will become memories. This is the Taliban’s vision for a post-conflict Afghanistan, as explained by the group’s spokesman Zabiullah Mujahid.

In an exclusive interview with the magazine Foreign Policy, Mujahid said the insurgents will continue to fight to establish what he calls an “Islamic government.”

As Mujahid said Taliban was committed to peace, and that is why “we are working in Doha, Qatar, but unfortunately the other side is sabotaging and killing time. After the Doha agreement was signed, it was agreed that after 15 days all prisoners from both sides would be freed, and talks between Afghans would begin.”

He said that Taliban could think about a cease-fire when we see that the other side is committed to the peace process and to peace negotiations, and that they believe things will be achieved by peace instead of war. But trust of both sides for one another is close to zero.

“We have two main goals. The first is that all foreign troops must leave Afghanistan. The second, which is very important, is that we need to create an Islamic government which includes all Afghans. So, if foreign forces leave, then our second goal remains in place, and we want to achieve that. We want this goal to be reached by talking and negotiating, while conducting the peace process in Afghanistan. If this second goal is not reached, we will be compelled to continue our war to achieve our goal,” Mujahid said.

He said negotiations among Afghans should be started honestly and free of time-killing and sabotage.

“We should discuss on the table all those issues that we have differences on. And the result would be that we will reach peace, a cease-fire, and the war will end in Afghanistan. This is a solution, we are committed to it, and we want the other side to take the Doha document and agreement seriously, and don’t solicit any other solution or way,” Mujahid said.

On power sharing and future political system for the country, he felt that everything should be decided at the negotiations.

Mujahid said Afghan people want peace and that this was obvious to everyone and that “in the future we should conduct another strategy to forget our past and talk about the future of Afghanistan. We hope that in two or three years it may happen that we begin to talk about our future, and peace, and move toward stability and come together as Afghans.”

He said that Taliban wanted a productive relationship with all countries, including regional countries and that they want to have good relations with Uzbekistan, Tajikistan, Turkmenistan, China, and Iran. The way the government has disseminated propaganda for the past 20 years is to say that we are closely tied with [the Pakistani intelligence agency] ISI, and that we take orders from the ISI. None of this is true. We don’t have a special relationship with Pakistan that has been closely identified. Our leadership is in our own hands. Our leadership is in Afghanistan, not in Quetta.