New Delhi: After much hype over the modernisation drive of the armed forces and talk of war on two fronts, the allocation for the Defence Budget 2020-21 was only a […] 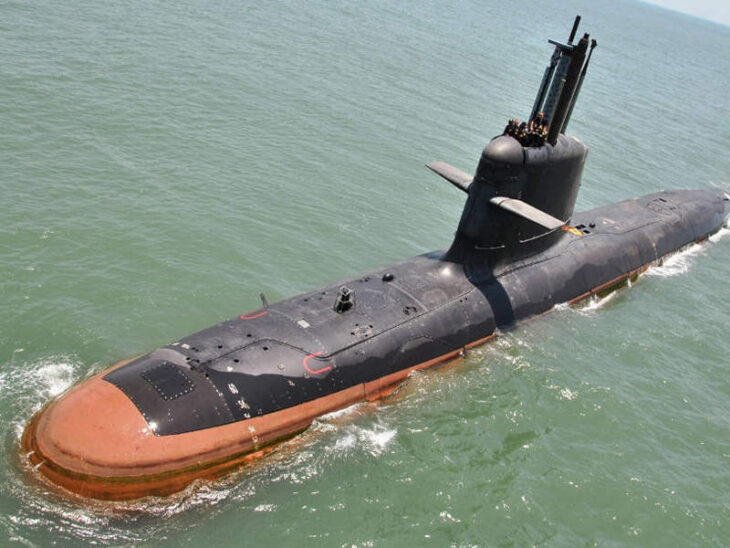 New Delhi: In what could be a setback for Indian Navy’s submarine project P 75I, a tussle has broken out over the biggest ‘Make in India’ project after the Navy […] 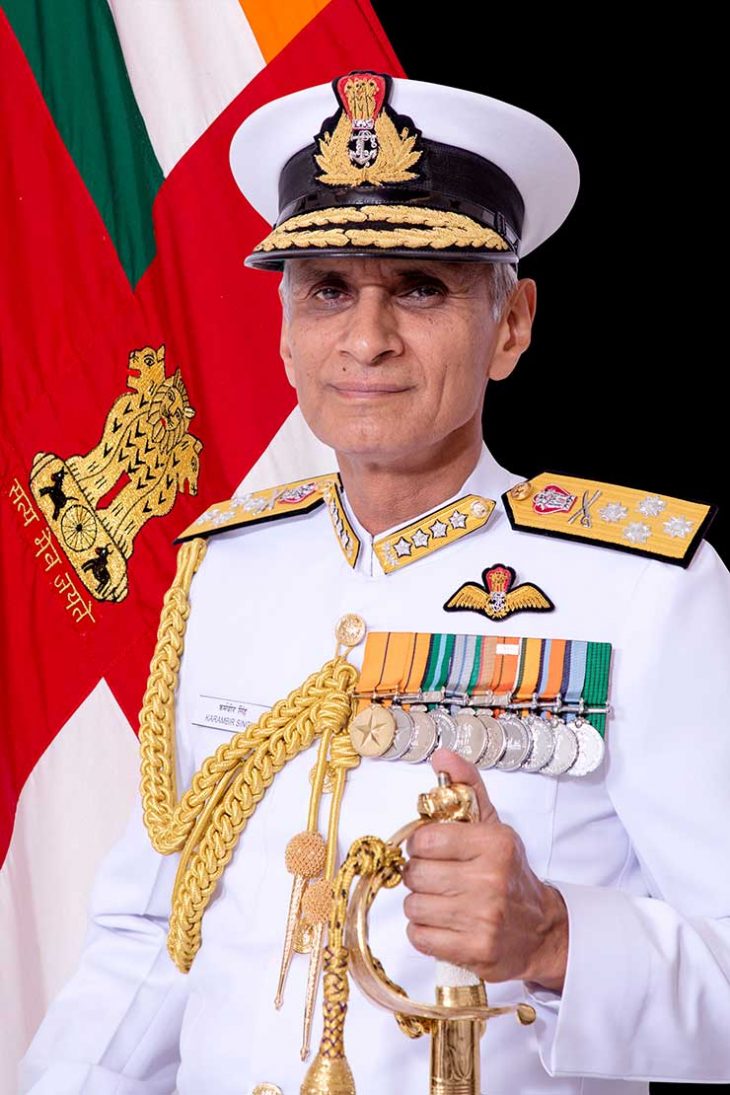 New Delhi: Facing severe financial problem, Indian Navy has sought additional funds from the government and forced it to ‘rationalise’ and reduce its critical requirements. With the Navy’s share in […] India remains at the heart of Naval Group’s global strategy. The objective behind establishing Naval Group India has been to support Make in India activities for Scorpene class submarine. The […]

HENSOLDT group core competence is to recognize threats and to protect End Users from them. We’ve been pursuing innovative ideas which translate into technologies for the protection of forces across […] 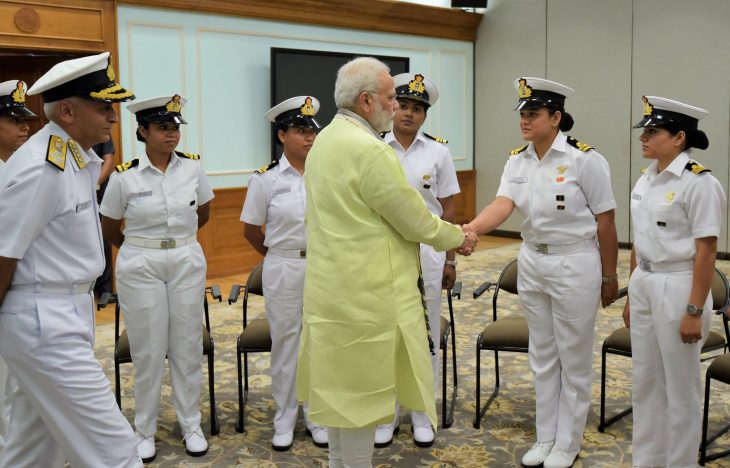 Sustainable development has become the key to the survival of the planet as the effects of global environmental degradation are becoming increasingly visible. The unchecked depredation of nature has also […]

New Delhi: The Chief of Defence Staff (CDS) to be appointed soon will come under the purview of the Right to Information Act (RTI), Parliament was told. The decision to […]

New Delhi: With a view to bolstering coastal security and counter the increasing Chinese interest in the Indian Ocean Region, Chief of Naval Staff (CNS) Admiral Karambir Singh ahead of […]

New Delhi: With a view to strengthen security at ports and protect warships, Indian Navy is exploring alternative methods with plans to procure a new class of mine hunting warships […] 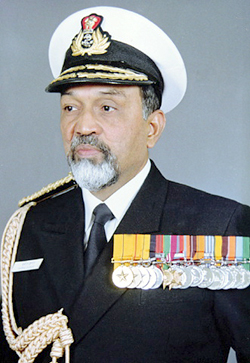 New Delhi: In a significant move to tackle terrorism in Kashmir valley, a joint operation of the three services, comprising the special forces of Indian Army, Indian Navy and the […] 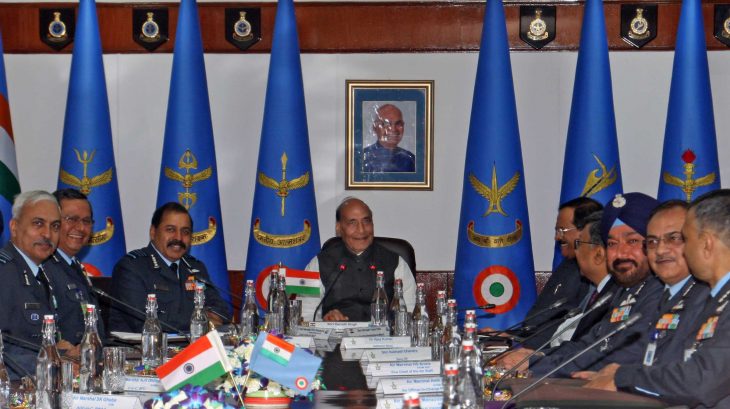 New Delhi: INS Kamorta, an Anti-Submarine Warfare Corvette jointly exercised with Indonesian Warship KRI Usman Harun, a multi-role Corvette in the Bay of Bengal as part of the two-day Indian […] 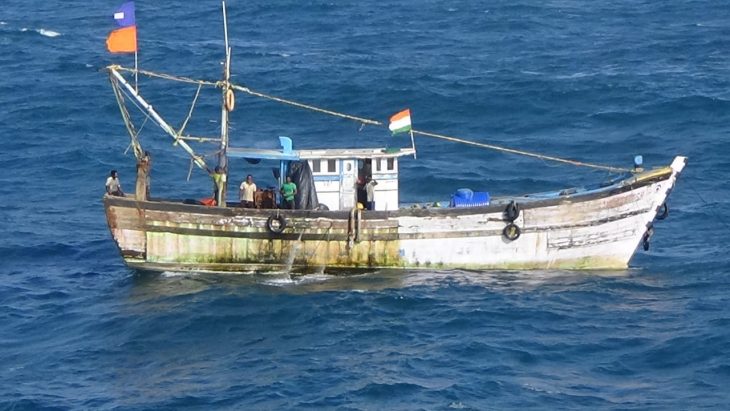 New Delhi. Indian Coast Guard (ICG) which has stepped up efforts for search and Rescue of fishermen stranded in the wake of Cyclone “Kyarr” has so far rescued 25 fishermen […] 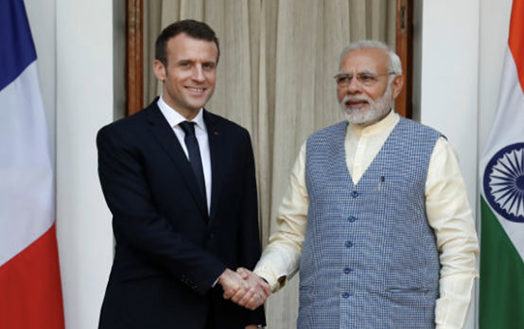 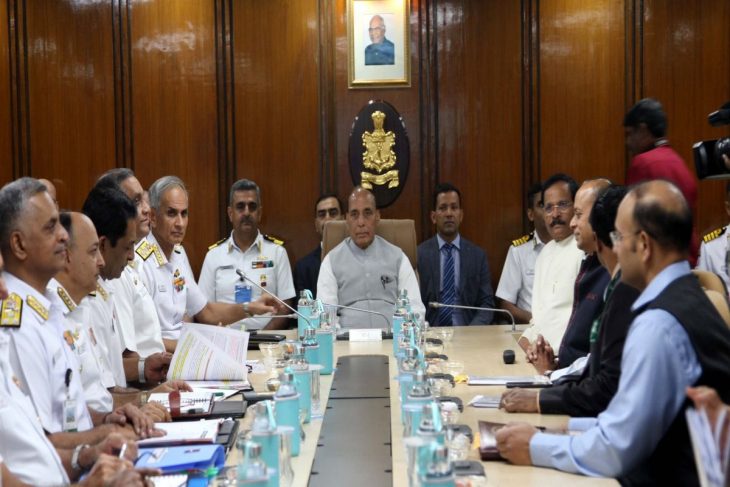 New Delhi. The three-day second edition of Naval Commanders Conference which concluded October 24 was of the view that the Indian Navy remains a well-balanced multi-dimensional force. The Commanders felt […]

New Delhi. As part of Indian Navy’s Overseas Deployment to South East Asia and Western Pacific, Indian Navy ships Sahyadri and Kiltan have been making a port call at Manila, […]