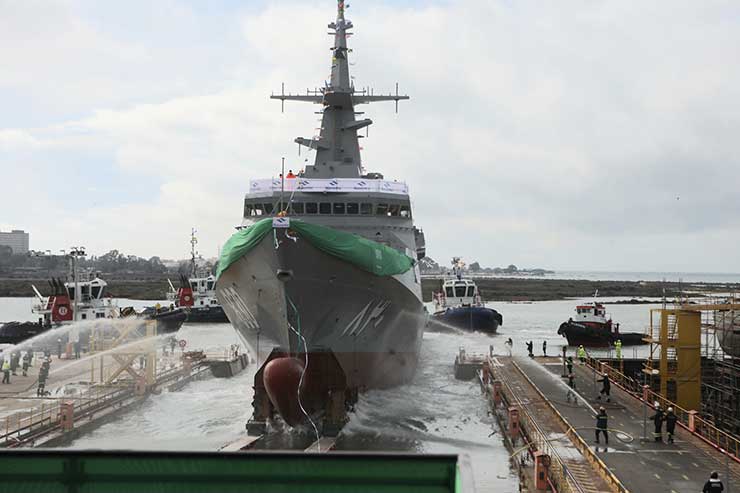 Navantia has successfully carried out the power-up activity tests to the S-81 “Isaac Peral” submarine. The S-81 is the first of four S-80P class submarines under construction for the Spanish Navy by Navantia. The Power-up is a very relevant safety-related commissioning milestone prior launching, scheduled for the spring of 2021.The power-up is the very first time in which the boat is electrically energised. This involves the start-up of the main electricity distribution networks as well as the emergency systems, which allow the gradual electrification of the entire submarine’s equipment. The power-up is carried out in order to check the sub’s correct operation, both individually and integrated along with the rest of its equipment. 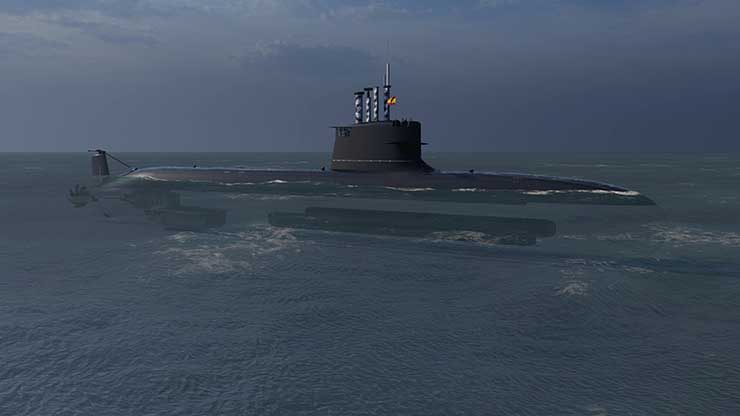 The S-81 is the first of four S-80P class submarines under construction for the Spanish Navy by Navantia. The Power-up is a very relevant safety-related commissioning milestone prior launching

The main innovation in Navantia S-80P submarine is the last-generation AIP system, developed by the company in cooperation with Abengoa and Collins Aerospace, named Bio-Ethanol Stealth Technologies (BEST). This system enables up to three weeks underwater operation with low-consumption profiles. The combination of such AIP system together with next-generation Lithium-Ion Battery (LIB) systems is complementary since LIB systems are ideal for full speed scenarios facilitating quick entering or exit from warfare scenarios. Long underwater patrol periods combined with high speed possibilities bring tactical capabilities to a new level.

The S-80P submarines are proposed as baseline for the P75 (I) project, the most important and strategically significant naval programme being undertaken by the Indian Ministry of Defence (MoD). Taking into account the advanced stage of construction of these submarines in Spain, and the fact that the Indian Navy requirements are very similar, the S80P appears as the lower risk solution.

Navantia is fully committed with the Make in India philosophy having gone itself through a similar experience over the last decades, evolving from fabricator only using foreign designs to a turnkey supplier able to go through all design, build, commission and life cycle support phases, positioning the company to assist other navies and international shipbuilders with a wide range of Transfer of Technology (ToT) solutions.

Navantia is present in India for 15 years now. The company participated in the design and transfer of technology to India’s six Scorpene submarines being built in Mazagon Dock Shipbuilders Ltd, Mumbai (formerly Mazagon Dock Ltd or MDL) deploying a resident team in India between 2006 and 2013. Besides, it is currently taking part in the Landing Platform/ Dock (LPDs) tender teaming with Larsen & Toubro Defence and counts on a full support from the Spanish Navy as the visit of the LHD Juan Carlos I to Mumbai in 2017 proves.

For P75(I) project, Navantia is willing to provide the required “Know How” and “Know Why” through a Technology Transfer programme to achieve permanent design, construction and maintenance capabilities in India.

Launching of Corvette for the Royal Saudi Naval Forces

On November 14, Navantia launched the second of the five corvettes for the Royal Saudi Naval Forces named AL-DIRIYAH. The launch event was presided over by the Commander of the Royal Saudi Naval Forces Vice Admiral Fahad Bin Abdullah Al-Ghofaily along with Navantia President Belén Gualda González, Chief Executive Officer of Saudi Arabian Military Industries Company (SAMI) Walid Abukhaled and Chief of Staff of the Spanish Navy Admiral Teodoro López Calderón.
In addition, the Spanish Minister of Foreign Affairs Arancha González Laya has been especially involved in the event with a final interventionin which she highlighted the commitment of the Spanish Government to this programme and the desire for further collaboration between the two countries.
Commander Al-Ghofaily highlighted the work of Navantia and the Spanish Navy, “Giving the highest to achieve the training of the first crew in Spain, qualified personnel capable of operating and maintaining these ships.” In this sense, the Chief of Staff of the Spanish Navy also highlighted the total commitment of the Spanish Navy in this pioneering programme, which involves high quality training beyond the construction.
The Chairwoman of Navantia thanked the team that has been working hard on this programme both in Spain and Saudi Arabia and expressed her commitment towards the successful completion of this programme, and in collaborating with the Royal Saudi Naval Forces in future programmes.
The corvette is 104 meter long, has a breadth of 14 metre, and will be able to transport a total of 102 people including crew and passengers. It will reach a maximum speed of 27 knots and among other things; she has the capacity to carry provisions on board for 21 days.
The contract includes the supply of several services such as: Integrated Logistic Support; Operational and Maintenance Training; Supply of Training and Education Centres for the Combat System and Platform Control System of the ships; Systems for the maintenance of the ships in the Jeddah Naval Base; and Life Cycle Support for five years following the delivery of the first vessel with an option for another five years.