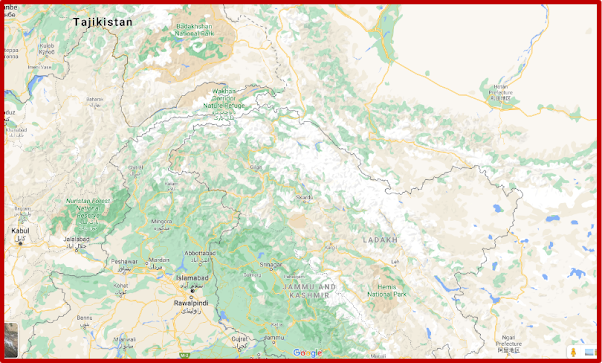 A recent call from Mr Saurabh Kumar, our ex ambassador who consistently gives us rare and valuable insights into Chinese thinking set me thinking. We spoke of many things including the situation in POK.  I told him that I had written an article about it in Sep 2019 wherein I had highlighted that military options into POK were the least preferred. I re-read the article. As I read it, a lot of strategic haze lifted and a new perspective emerged on the Sino Indian Logjam.

Ever since the intrusions in Eastern Ladakh, we have always been wondering as to why China did what it did. What was the Chinese ‘Aim’?  Lot of views and reasons were put forth. None have really gelled. There is no consensus or clarity on the issue. However, one thing has always been clear. The ‘Aim’ was political. The timing was opportunist when India was badly hit by the Chinese Virus. Throughout, PLA deployments were non tactical most of the time- in prim straight lines.  Chinese non-tactical military deployments always conveyed a political message. It was always clear to everyone that whatever  happened at Eastern Ladakh was not an enhanced  military reaction to the Pangong Tso faceoff on 05 May 2020. The overall Chinese aggression, parleys at the initial Corps commanders meets, and the pre-planned ambush at Galwan had a larger objective. In all this, there was almost complete media silence in China. It was being massively underplayed by China. On the other hand, coverage in India was  minute to minute through an imaginative and vocal media and micro knowledgeable ‘China Specialists’. While the military coverage was one sided – Indian. The political signal was one sided and subtly overt – Chinese. We could not decipher the political signal. I had also written that ‘Abrogation of Article 370 and reorganisation of the erstwhile state of J&K could have meant many things for many people. For China it was the cat in its pigeon coop’. I was not wrong. In fact it was more than that.  However I analysed the whole issue looking Eastwards only. I should have looked both East and West. Let me do so now.

The key to Chinese behaviour lies in the Abrogation of Article 370. The act of Parliament was a massive political strike. Though considered and argued as an issue internal to India and whether our polity understood it or not (more likely not) the abrogation  contained three parts.

The key to Chinese behaviour lies in the Abrogation of Article 370. The act of Parliament was a massive political strike. Though considered and argued as an issue internal to India and whether our polity understood it or not (more likely not) the abrogation  contained three parts. The first part was about changing the status of the erstwhile state of J&K. In one stroke, the state of J&K was transmuted from being disputed territory to undisputed territory sovereign to India. Pakistan hyperventilated by condemning the scrapping of Article 370 in no uncertain terms  as also downgrading diplomatic ties, cancelling trade and communication links. Pakistan and its venerated Army were rendered helpless and reduced to hand wringing on the side lines. They remain there. The second  part was about Aksai Chin and China. Initial Chinese reaction and statements were only Ladakh centric. It termed the change in status of Ladakh as “unacceptable”. The third part was that abrogation of Article 370 was the reorganisation of J&K  which resulted a cartographic change and signalled effect intent to  reclaim POK. The key lies in understanding the third part. If I were a Chinese (who think in the long term), I would be very worried.

In September 19, just after a month after abrogation of Article 370, the Defence Minister of India stated that “discussion can only take place about Pak-occupied Kashmir”. The then COAS said words to the effect that the Indian Army was ready to retrieve Pakistan occupied Kashmir (POK) and make it a part of India on a cue from the Government. Very clearly, political and military intent was being conveyed internationally that India was planning to retake POK. While a lot of it was rhetoric, the implications for the Chinese and Pakistanis were grave even if they materialised partially. More than the military, it was the political intent that was problematic to the Chinese. The CCP and Xi Jinping are a breed who think politically constantly. The Chinese  knew that the current government in India was fully capable of initiating action to retake POK. They were clear that Pakistan and its finances were going down the chute. The ‘Deep State’ was in a fix and marginalised by India. In such a situation what if POK including Gilgit Baltistan go into a political turmoil? What if one of them or both were to be taken over by India in some manner in future? That would herald the collapse of many Sino Pak equations. The CPEC and BRI would sink. Superpower dreams would recede permanently. Worst of all India would have direct access to Xinjiang!  Trouble in Xinjiang was to be avoided at all costs. Handling such a situation would be beyond Pakistan. All or some of this was feasible even if POK went into turmoil and was not annexed by India. Further, India could get an access to Afghanistan through a direct or an hybrid approach. That would be just straight into the Wakhan Corridor! In turn it meant three things. Firstly, India would have become a dominant player in Afghanistan and along with it would come USA with its flag. Secondly. Another entry point into Xinjiang would have opened up. Thirdly any Indian interference in Afghanistan where China was eyeing minerals and had already invested in a copper mine would have severe ramifications. There was too much at stake politically for China.

The ‘Deep State’ was in a fix and marginalised by India. In such a situation what if POK including Gilgit Baltistan go into a political turmoil? What if one of them or both were to be taken over by India in some manner in future? That would herald the collapse of many Sino Pak equations. The CPEC and BRI would sink. Superpower dreams would recede permanently.

Turn to Aksai Chin. India was doing the ‘Salami Slicing’ trick on China out of the Chinese play book! In one stroke, abrogation of Article 370 stoked and renewed, India’s claim on Aksai Chin and violated the status-quo through an act of  the Parliament! All previous Sino Indian agreements fell under a political cloud. India reiterated, that China was in illegal occupation of the area just as the nine dash line did to the South China Sea. To this, add the fact that the Darbuk- Shyok-Daulat Beg Oldy road was nearing completion. India was raising a Mountain Strike Corps! From a Chinese (long term) viewpoint all these directly threatened the CPEC and the sensitive area of Xinjiang surrounded by the Central Asian Republics and Afghanistan.

If the issue was allowed to fester, India could have access to Xinjiang and Tibet through multiple points. China would have been forced to look inwards with potential instability in Tibet and Xinjiang. India could have started playing a global and regional role which was totally unacceptable to China. Then there would be also be the major issue of loss of face and superpower dream recession. Take all these issues into consideration and one realises that China had to do something. What could it do? It could go to war against India and teach it a lesson. That could be too costly politically and risky militarily since the outcomes were unpredictable. It could warn India militarily  and put it in place through a calibrated action. India had to be finessed so that it could never think beyond the LAC. If India was tied down to the LAC and if some gain of territory was also achieved, then the larger danger would have receded while putting India at a permanent disadvantage and showing it up as a weak nation. The rest would be history.

A year after the Galwan incident, it will be prudent to assess as to where we are headed.  Very clearly, the Ladakh intrusions by the Chinese have limited the political potential and effect of abrogation of Article 370. It put paid to further Indian thought of progressing towards Gilgit, Baltistan or POK. It has forced  and focused discussion on the LAC instead of Aksai Chin. To that extent the Chinese plot has been successful. However what China did not count on was what happened at Galwan. It forced the nation to react. The national reaction surprised the Chinese. Further the Kailash Range operations upset their apple cart totally. China  had to cede ground humiliatingly from the North Bank of Pangong Tso under international glare. They are now holding on to marginal gains at Gogra and Depsang for what they feel as ascendancy over India. Overall, it is now well analysed that the strange Sino-Indian military confrontation has ended in a stalemate. It will remain so given the enhanced troop levels on both sides. However a strategic opportunity has opened up for India.

Overall, it is now well analysed that the strange Sino-Indian military confrontation has ended in a stalemate. It will remain so given the enhanced troop levels on both sides. However a strategic opportunity has opened up for India

Let us look at it from another viewpoint. The Chinese have been fixed at Eastern Ladakh. They are now looking at permanent deployment there. They have been forced to deploy considerable troops in Xinjiang and Tibet. That is fine as we are matching them and the situation is stable for the present. In the West, Pakistan has weakened further considerably in the past year. USA is leaving Afghanistan. There is not only a vacuum emerging there but the situation is descending inexorably into chaos. Pakistan is slowly being forced to commit itself fully there. It has no choice. China must also start looking there. It is time to start creating conditions politically for retaking POK as envisaged earlier. POK is the centre of gravity of the China- India – Pakistan triangle. Let us feed into the Sino-Pak fears here and make them come true.

What does it involve? It involves creating political conditions in POK so that the people want to re-join India. Most of the spadework of sowing dissent in POK has already been done by Pakistan. The people of POK have never been so dissatisfied with Pakistan as now. That has to be built upon. In order for that to happen , we need internal strength. The government must generate bipartisan political support for any move in that direction. Further, the issue will not resolve in a hurry. It will take time and will be a long haul. That is what we need to start preparing for. That is what Liddel Hart postulated in his classic “Strategy of Indirect Approach”

PS :- Some of you might think that all this farfetched and a figment of my fertile imagination. Fine. However do not forget that we are dealing with the Chinese. Also, life is always not so simple that one can get away by thinking straight.