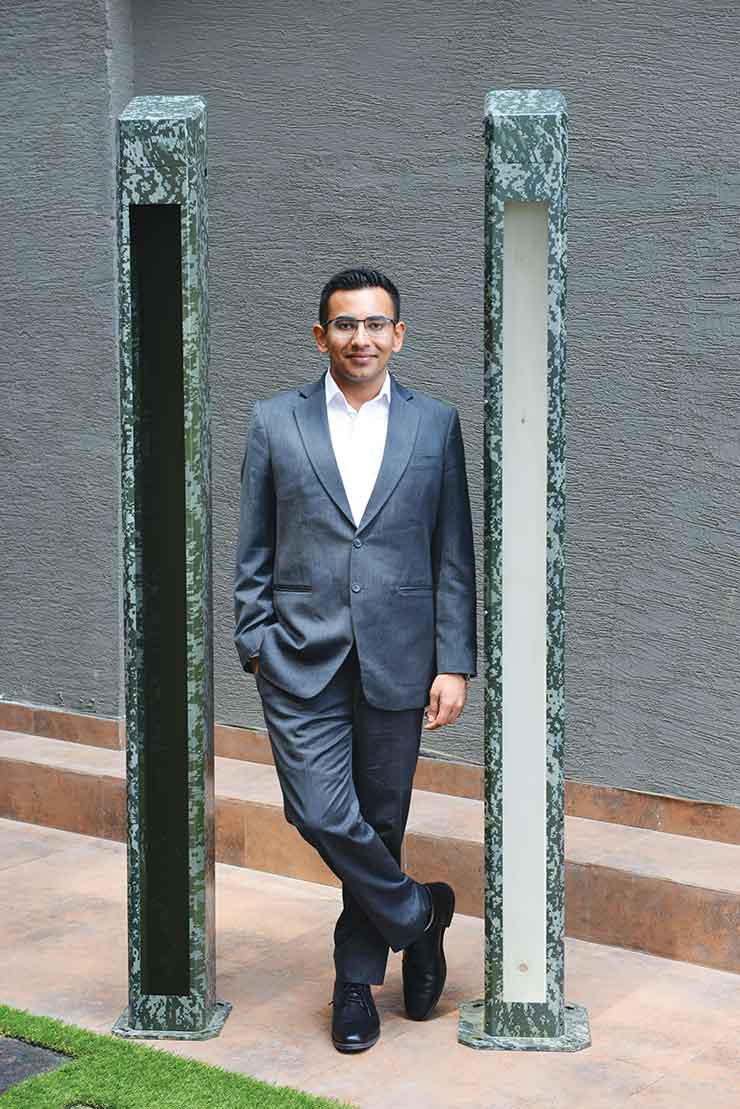 TUSHAR CHHABRA is the co-founder and Chief Executive Officer at CRON Systems. Starting his entrepreneurial career at a very young age, Tushar was Director at Chanakya Strategic Solutions Pvt. Ltd. which provided expertise in bridging in the gap between conventional politics with analytics and technology. Post that he co-founded CRON Systems with a core goal to work towards making people feel safer and using IoT to automate the entire process of border surveillance.

He realised the importance of automation after spending six months at the border front and realising that developing countries would not be able to devote enough resources to man every part of the border and require technology to bridge the resource gap. With this idea he went on to found CRON Systems which has now developed some breakthrough products in perimeter security that can be customised according to the terrain and end-user requirements.

Tushar is an engineering graduate in electronics and communication engineering and he also worked as a senior strategy consultant to Google leading the Billion User Project.

In a tête-à-tête with Ajit Kumar Thakur of Raksha Anirveda, he explains about the disruptive technology the CRON Systems is using and how his company is instrumental in securing India’s long and strategic border fence:

A. CRON Systems is a disruptive startup within the multi-billion dollar border defence space, developing state-of-art Intrusion Detection Systems that implement the latest technologies and designs at a fraction of the costs of other leading products in that space. The solutions built are completely customised, and have been built after months of active learning at the borders to develop a deep understanding of the end users’ problems.

CRON Systems launched Kavach Z and CRON Geosight in Leh in September 2018 to secure India’s 15,000 km long border, where our products can radically improve counter-insurgency measures. It has multiple elements, all of which combine to offer impenetrable surveillance to any kind of border.

Q. Apart from ground intrusion, the company builds solutions to detect drones, and is also working on automated patrol vehicles? Any other area besides the border detection systems you are into?

A. Our prime focus will always remain Perimeter Intrusion Detection System (PIDS) and currently we are working to empower our existing Kavach series. Working on drone related integrations are next in the pipeline.

Q. Two years ago, the Border Security Force (BSF) installed KVI 101 model of CRON systems with a camouflage design along India’s western border. Would like to get a sense on KV Product Line, the technology your company is into? Is this related to AI?

A. The CRON KV series works on encrypted data transmission that detects intrusion. After detecting the intrusion, it transmits data over an encrypted communication network, which sends automated rovers or drones for verification.

The entire mapping and control of the concerned perimeter are done on the C&C platform miCRON. miCRON uses advanced Machine Learning and AI algorithms to continuously evolve with the growing threats around your perimeter. miCRON secures data and gives analytics based on patterns around your perimeter to help take better and faster decisions.

A. The idea behind launching Kavach Z and CRON GeoSight was to secure India’s 15,000 km long border, where our products can radically improve counter-insurgency measures. The system has multiple elements all of which combine to offer impenetrable surveillance for any kind of border. 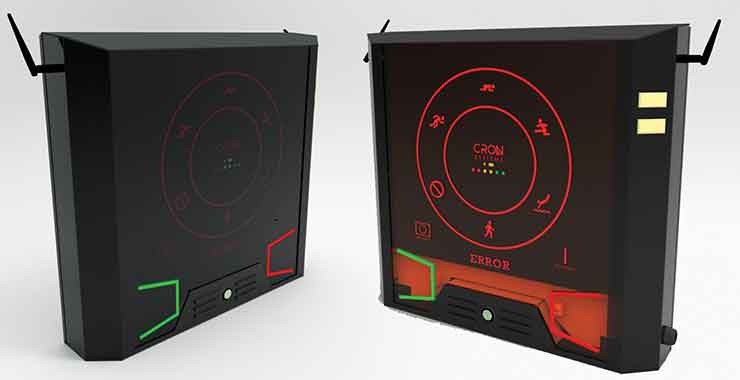 The revolutionary Kavach Z is the only way to prevent intrusions providing actionable intelligence about the potential attacks. Quanergy’s LiDAR technology provides Kavach Z with the ability to see’ ahead of the perimeter boundary. Kavach Z provides a complete 360-degree situational awareness to the defending forces by detecting object approaching the perimeter from as far as 200m away. It has the ability to detect, track and classify objects as threats providing the defending forces with vital information beforehand, giving them time to prepare to intercept and neutralize the threat.

CRON System’s GeoSight is an advanced 3D scanner for surveillance and mapping. Its robust design makes it capable of providing reliable results in even the most extreme environmental conditions, relying on multiple laser beams that work on the Time of Flight principle to create an accurate 3D visualisation of the surrounding area.

“The idea behind launching Kavach Z and CRON Geosight was to secure India’s 15,000 km long border, where our products could radically improve counter-insurgency measures. The system has multiple elements all of which combine to offer impenetrable surveillance for any kind of border” Tushar Chhabra, Co-founder and Chief Executive Officer, CRON Systems

Q. Kindly elaborate on your clientele base besides the Indian Army and Border Security Force?

A. Our customers include government organisations, security forces, large conglomerates and high value facilities, basically anyone who needs to secure perimeter security.

Q. Cron Systems has partnered with a California based technology firm Quanergy Systems Inc, a global leader in developing light detection and ranging (LiDAR) sensors and smart sensing solutions, to avert more specifically the Uri and Pathankot like attacks. How it is helpful in safeguarding the internal security of India?

A. Quanergy’s LiDAR technology provides Kavach Z with the ability to see ahead of the perimeter boundary. Kavach Z provides a complete 360-degree situational awareness to the defending forces by detecting object approaching the perimeter from as far as 200 metre away. It has the ability to detect, track and classify objects as threats providing the defending forces with vital information beforehand, giving them time to prepare to intercept and neutralise the threat.

Q. CRON Systems popularly known as Defence IoT Startup gets funding from Venture Capital firm Your Nest. What is it all about?

A. CRON Systems is driven by a vision to make PIDS simpler, smarter and safer. It’s been endeavour of the founders of CRON Systems since inception to keep the Indian borders secure. The solutions built by CRON Systems have been completely customised and have been built after months of active learning at the borders to develop a deep understanding of the end users’ problems. 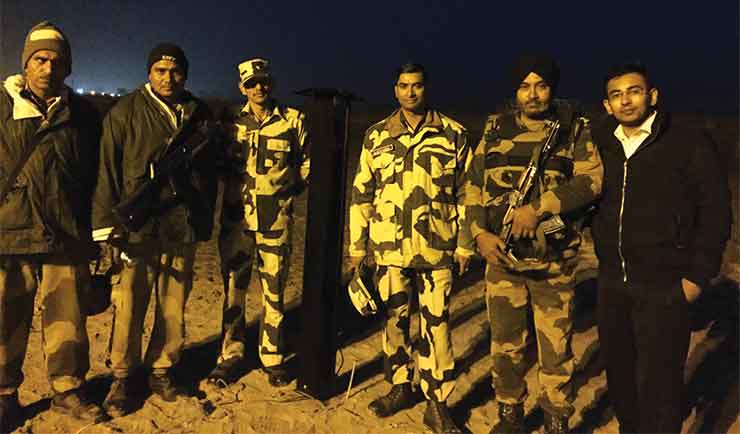 Your Nest as an early stage investor invest in companies which are technology driven and come up with innovative solutions. CRON Systems received pre-series A round of investment from Your Nest last year. The capital raised was utilised for research and development, talent acquisition, and expansion to the Middle East, Africa and Europe.

Q.You raised the fund to supposedly develop R&D market and new hiring in West Asia, Africa, and Europe. How far have you been able to achieve this objective?

A.Every country, region has its unique geography and terrain and CRON takes great pride in providing bespoke solutions for each of these regions. Our R&D team is working hard and we will soon have dedicated teams for site customisation, installation and customer support in these regions.

Q. Established in 2015, CRON Systems is evolving into an IoT based Intrusion Detection Systems leader? How do you rate yourself on the scale of success or your achievements thus far?

A. With today’s changing threat environment, perimeter security is one of the most vital components of any country’s national security and anti-terrorism programme. Over the last year itself, several attacks on key facilities have resulted in a loss of life and assets. All of these attacks have been due to breaches in perimeter security which goes to say the inadequacy of existing perimeter security infrastructure. While physical barriers are important to demarcate boundaries and provide deterrence to trespassers, they fail to prevent well planned and orchestrated attacks. By virtue of being visible to the naked eye, a countermeasure can easily be planned.

CRON Systems has been successful in addressing three pain points that the army faces daily. There is no communication channel, due to lack of infrastructure they cannot install new-age products and most of the time it becomes so complicated for the end users that they cannot even use it. 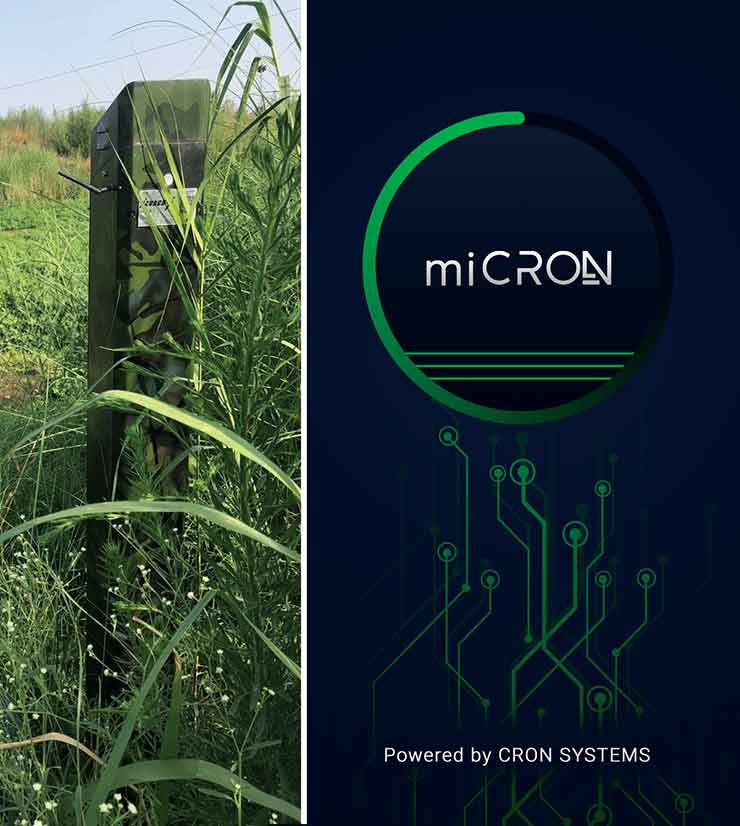 CRON Systems had taken the initiative to open a Technology Centre to provide technical support and maintenance for the crucial equipment used by the forces. Availability of technology centre and accessibility of ground support is what this tech centre will provide for the forces.

CRON Systems will continue to introduce innovative solutions for perimeter security to keep the citizens and defence forces safe from any possible intrusion.

Q. CRON offers complete Engineering-Procurement-Commissioning-Maintenance (EPCM) services – the only Indian defence technology company to do so, even in the most hostile of conditions. Your take?

A. We are a company involved in nation building, and it matters to us to reach our customers within 24 hours to cut their downtime to the minimum. We believe that the prime focus should be on the products: how they are built, installed and maintained and if this is seamless, the money will follow.

Q. With the advent of various government agencies as facilitators and private industry associations as policy influencers, how do you see the scope of evolving ecosystem and start-ups role as innovative solution provider in defence and aerospace industry in India?

A. The Scope is immense and evolution of CRON is an example. CRON is India’s first and only security and surveillance startup that is building products using the latest technology available in the world. The company has successfully installed several customised solutions at most sensitive camps and borders. Unlike foreign Original Equipment Manufacturers (OEMs) that either do not provide after sales services or provide them through their Indian partners who come with inherently long downtimes and at exorbitant costs, CRON has created a competitive strength in prompt and affordable after sales support.

Q. How CRON Systems is contributing to Make in India? Your views regarding the right security and surveillance solution for India’s vast coastline which is considered the weakest link in border security management.

A. The successful evolution of CRON Systems is a testimony to the power of Make in India, capability to create new products. CRON Systems is an Indian disruptor working relentlessly to provide border surveillance, perimeter security and complete situational awareness solutions. A burning desire to resolve problems that our Jawans face at the borders in terms of perimeter security by offering superior & user-friendly technology. It provides complete range of services from site survey, to installation to commissioning to AMC to ensure there are no gaps in the offering.

A. CRON entered into a partnership with Bangladesh based GETCO group last year. GETCO is one of the oldest engineering consultancy and services companies to provide technology for perimeter security along the sensitive Bangladesh borders. GETCO provides marketing and channel support for some of the breakthrough perimeter security products of CRON Systems that are already being successfully deployed by Indian paramilitary forces.