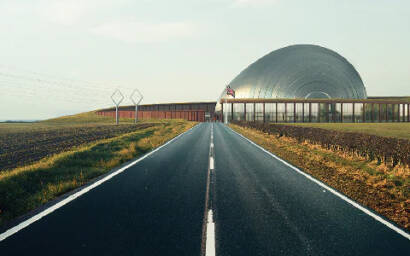 Rolls-Royce and Fermi Energia have signed a Memorandum of Understanding to study the potential for the deployment of affordable, compact nuclear power stations, known as small modular reactors (SMR), in Estonia.

Rolls-Royce is leading a consortium that is designing a low-cost factory built nuclear power station, known as a small modular reactor (SMR). Its standardised, factory-made components and advanced manufacturing processes push costs down, while the rapid assembly of the modules and components inside a weatherproof canopy on the power station site itself avoid costly schedule disruptions.

Fermi Energia is a company founded by nuclear scientists, energy experts and entrepreneurs to bring small modular reactors to Estonia to meet its climate goals, help the economy develop and gain energy security.

The consortium led by Rolls-Royce is working with its partners and UK Government to secure a commitment for a fleet of factory built nuclear power stations, each providing at least 440MW of electricity, to be operational within a decade, helping the governments around the world net zero obligations.

Tom Samson, interim Chief Executive Officer of the UKSMR consortium, said: “Nuclear power is central to tackling climate change, economic recovery and energy security. To do this it must be affordable, reliable and investable and the way we manufacture and assemble our power station brings its cost down to be comparable with offshore wind. It also stimulates jobs and growth and with the flexibility to power alternative low carbon fuels manufacture as well as providing grid power, it is the best option for underpinning decarbonisation strategies around the world.

“It’s a compelling proposition that has a clear role to play in Estonia’s low carbon energy future and we’re delighted to be working with Fermi Energia to find ways to make that happen as soon as possible.

The power stations will be built by the UKSMR consortium, before being handed over to be operated by power generation companies.

Kalev Kallemets, CEO and co-founder of Fermi Energia, said: “Fermi Energia is looking at Small Modular Reactor designs with credible technical, financial and political commitment to have First of a Kind deployment this decade. Rolls-Royce SMR certainly fits the bill with strong UK government commitment on carbon neutrality and nuclear energy with appropriate national financing on Rolls-Royce SMR development. Estonia and the United Kingdom have enjoyed a century of friendship and cooperation that we hope can be carried into the field of nuclear energy for the 21st century. Fermi Energia will consider Rolls-Royce SMR as one of the credible SMR designs in its national designated spatial planning procedure.”