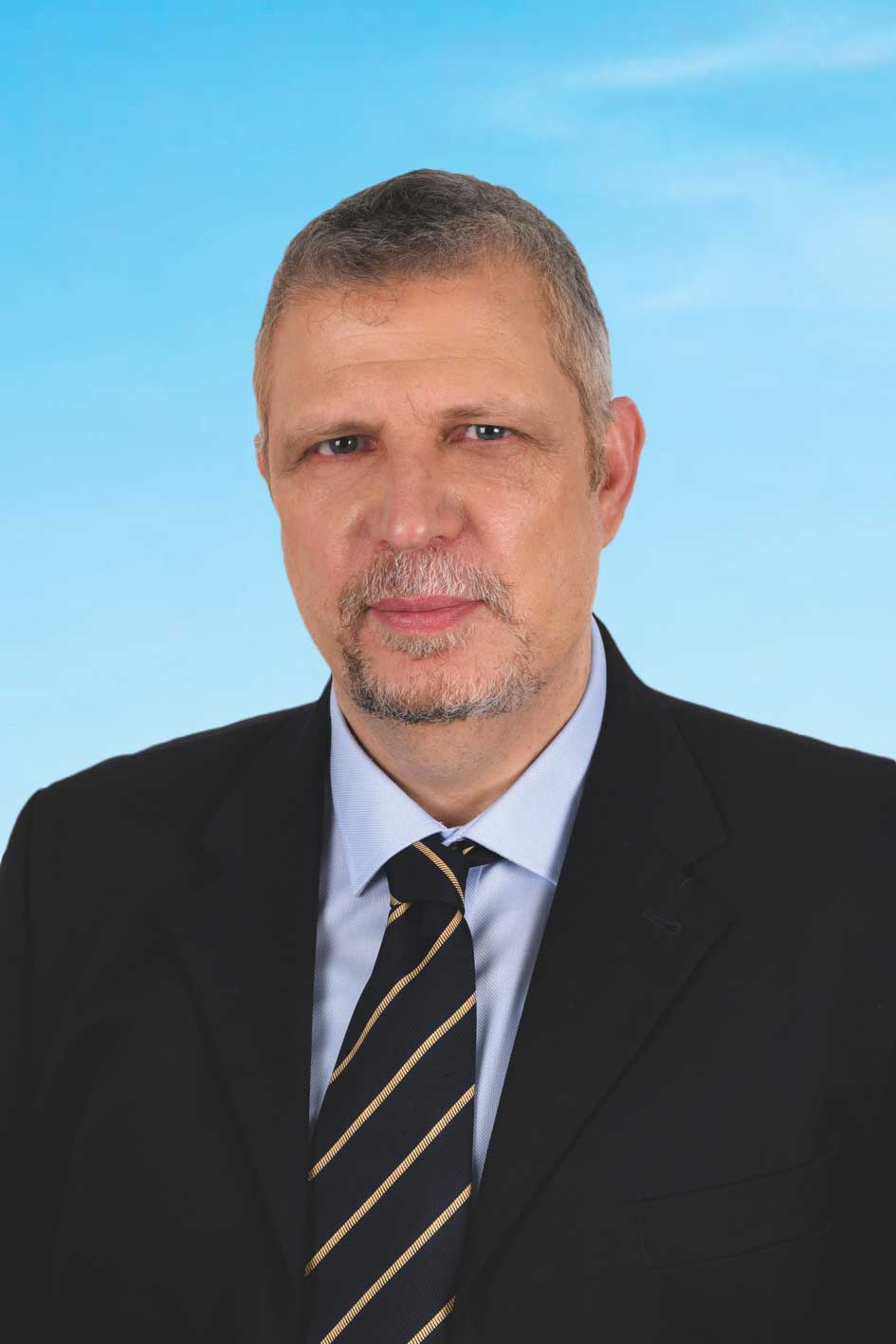 Karo has wide experience, knowledge and understanding of both the domestic and global defence industry and establishment. He is all poised to play a major role in leading Rafael’s marketing and business development activities to meet future challenges. In an interview to Ajit K Thakur, Editor, Raksha Anirveda, he discussed various initiatives taken by the company to boost Make in India along with future strategies. An excerpt:

Rafael is for Dynamic Defense. It is said Rafael-made systems move faster than threat. Your Take?

Our approach has always been to stay a few steps ahead of the game. Just as we are constantly developing technologies and systems to give our military the advantage it needs to win the battle, the enemy is also never staying put, constantly looking for new means to challenge us defensively and offensively, both by local development and by solicitation of foreign technologies. This is true for our immediate environment in the West Asia, and it is no less true in other regions around the world. This is why RAFAEL invests over eight per cent (8%) of its revenues each year in R&D, and it’s why we have on board the world’s best scientists and engineers as we insist on excellence, out-of-the-box thinking and imagination. Systems such as the Iron Dome, David’s Sling, Spice, Trophy, Spike, and many others are proof of success of this forward-thinking approach which has yielded some of the world’s most ground-breaking systems.

How do you see the impact of Covid-19 on defence and security market worldwide especially in the backdrop of recent major cancellations like Eurosatory 2020 and Farnborough air show 2020?

Undoubtedly, Covid-19 has had a substantial impact on everyone, across all industries. There is not one clear, binary answer since firstly, Covid-19 is still with us, and will probably stay for a while, and also because it is yet to be determined by any government precisely what impact the crisis will have on its expenditures, allocations and re-structuring. While waiting for the dust to settle even slightly, we are not stagnating, and are constantly on-the-move, researching, developing, keeping in close touch with our partners and customers around the world, adapting to the new reality of travel freeze, while maintaining relations via alternative digital routes, as we remain with a finger on the pulse, optimistic about renewed personal engagement with our Indian partners and hoping to see everyone at Aero India 2021.

A leader in C4I and ISR, Rafael Defense is into the area of land, air, naval, space and missile defence. Very recently it announced to integrate fifth generation Litening-5 and RecceLite systems into Leonardo’s M-346FA light combat aircraft? What about its land, naval and missile prowess in technology?

RAFAEL has been working steadily to create Technology Partnerships or Joint Ventures with major Indian companies to address various projects and has created structures to ensure technological transfer to India, which will also serve as an important pillar in propelling India to be part of a global export supply chain

Rafael’s systems and solutions are applicable and can be integrated to a variety of platforms, land, air and sea, with full commonality. For more than two decades, RAFAEL has been supporting the Indian Armed Forces with state-of-the-art systems, during which RAFAEL has stood by India to supply systems at short notice in various operational contingencies, including air-to-air, air-to-ground, air defence, ATGMs, targeting and reconnaissance pods, SDR communication and more.

RAFAEL already works with the different branches of the Indian military and the Indian security apparatus and has cooperated to integrate its electro-optical systems, advanced ordnance as well as its air-to-air and air defence systems on the IAF and IN platforms. With increasing future challenges emerging, we believe that our fifth generation systems, such as the Reccelite ISR pod with features like increased standoff and SAR capabilities, will serve a significant benefit and provide an important operational advantage to all branches of the Indian military and allow them to stay ahead of the adversary in various operational arenas

TROPHY™ is the world’s only operational Active Protection System for any AFVs, including MBTs, 8X8s, and other medium-weight platforms. How it ensures Rafael Defense competitive edge among its competitors?

TROPHY is a pioneer system, the only operational, combat-proven APS technology in the world with over 600,000 working hours and hundreds of interceptions in tests and battle. TROPHY has been the Israel Defense Forces’ Active Protection System (IDF’s APS) of choice for the past 10 years with hundreds of systems installed on Merkava MBT’s and NAMER APC straight out of the production line. TROPHY has also been chosen by the US Army for its Abrams tanks and has been integrated on the Stryker APC and the Bradley tank. The true operational experience we have accrued in tests and on the battlefield, has allowed us to take leaps in terms of improvements and upgrades, putting us significantly ahead of competing systems on the market.

Rafael Defense is among the few players manufacturing precision guided firearm. How its SPIKE Fifth Gen Precision Guided Tactical Missiles is different from others?

The SPIKE Missile family of Precision Weapon Systems has been operational and combat-proven for over two decades. The SPIKE missile is a family of off-the-shelf Fifth Generation Precision Guided Missile (FGPGM) that includes an electro-optical seeker and a bi-directional Datalink enabling high accuracy and enhanced lethality. The SPIKE Family is in use today by 34 armies, navies, air forces and Special Forces around the world, with more than 33,000 missiles supplied and 6000 missiles fired both in training and in operational combat.

Undoubtedly, Covid-19 has had a substantial impact on everyone, across all industries. However, we are not stagnating, and are constantly on-the-move, researching, developing, keeping in close touch with our partners and customers around the world. We are optimistic about renewed personal engagement with our Indian partners and hoping to see everyone at Aero India 2021″
-Brig. Gen. (Retd.) Ariel Karo, EVP Marketing and Business Development, RAFAEL

The Fifth generation missiles include one additional benefit that differ it from the Fourth ATGM generation: within the missile, an internal IMU has been embedded, allowing it to receive target coordinates form a third party (UAV, adjacent forces or any other source) and load into the missile the target location, enabling the missile to be then launched in Non-Line of Sight, for rapid closure of sensor-to-shooter scenarios.

These advanced products are offered today to different armed forces in different applications.
The SPIKE Family includes the following products:

Barring the current Covid-19 scenario, what is the overall export market of Rafael Defense? Kindly elaborate/ supplement with facts and figures.

In 2019, RAFAEL posted record sales of US$2.7 billion, up 3.9 per cent from 2018. The international sales market share is about 60 per cent of our total sales. On top of that we have an order backlog of over US$7 billion, which covers approximately 2.5 years of sales. Our systems are in service in all five continents ranging from naval to land to air, space and cyber solutions. We are involved in major programmes throughout the world, and are competing in major tenders, spanning digitisation of land forces, aircraft upgrades, communication across all forces, air defence, precision munition, anti-drone systems and many more.

Rafael has JVs with Kalyani Group and Astra Microwave in India. What these Kalyani Rafael Advanced Systems and Astra Rafael Communication System do? Is Rafael planning to expand its market in India? Any future collaboration in mind to Make in India. Elaborate?

Rafael continuously works to form JVs and industrial cooperation in line with the Make in India policy. RAFAEL has been working steadily to create Technology Partnerships or Joint Ventures with major Indian companies to address various projects and has created structures to ensure technological transfer to India, which will also serve as an important pillar in propelling India to be part of a global export supply chain.

For more than 25 years Rafael considers India as a strategic partner, and with the approach of full commitment, Rafael will keep on striving for the induction of Rafael’s systems in all defence and security forces, platforms and units

Over the last few years, RAFAEL has continued to realise its commitment to the Indian market and to its economy, including last summer’s inauguration of a state-of-the-art facility at Hardware Technology Park, Hyderabad as part of its JV with Astra Microwave that has yielded Astra Rafael Company (ARC), for local manufacturing of the SDR BNET communication system for the Indian Air Force with a US$30 million purchase order. In addition, RAFAEL has placed a US$100 million order for MRSAM missile kits for the Indian Army and Air Force from Kalyani RAFAEL Advanced Systems Ltd. India (KRAS). This, among other steps, is part of RAFAEL’s compliance with the Make in India policy of the Indian government and is testimony to RAFAEL’s global commitment to local production, knowledge transfer and industrial cooperation.

How do you see the Government of India’s announcement to increase 74 per cent FDI in defence manufacturing through automatic route? How is it going to contribute India-Israel defence and strategic relations, and also help the global defence companies to expand its footprint in India? Your comment?

As mentioned Rafael has already formed JVs and industrial cooperation with major Indian companies and as pioneer in its field meets the Government vision of Make in India.

The Foreign Direct Investment (FDI in defence) increase up to 74 per cent, although not new, will facilitate the procedure through the automatic route, to all those who consider an investment in the Indian market.

What is the contribution of Rafael Advanced Defense Systems in fighting against novel Coronavirus Covid-19? What could be the future strategy of defence industry in general and Rafael Defense in particular with the unlocking of market post Coronavirus?

From the very beginning of the Corona crisis, seven of RAFAEL’s development teams have been deployed at 11 Israeli hospitals, working non-stop to utilise and implement advanced technologies in the fight against COVID-19. Following a comprehensive review and mapping of the most critical needs, our efforts became focused on two main goals: Protecting the medical staff from infection through technological solutions ‒ and rapidly developing solutions that can be tested and implemented in a matter of days ‒ not weeks or months. These goals are being achieved in record time using a variety of technologies ‒ thanks to the selfless dedication of RAFAEL employees, who are putting heart and soul into repurposing the company’s most useful technologies to create these urgently-needed solutions.

For example, our “Wisdom Stone” technology enables authorities to aggregate, research, analyse and fuse together all relevant information to facilitate control and management of this health crisis.

To minimise direct contact with Corona patients, RAFAEL has added image processing and computer vision algorithms to an existing, off-the-shelf robot ‒ creating a Corona Robot which can perform a number of routine nursing tasks, including distribution of food and medications, and enabling remote communication between nurses and patients via a screen.

RAFAEL’s involvement in the fight against the Coronavirus is a reflection of the company’s dedication ‒ since its inception ‒ to life-saving efforts. This strong sense of community, and of personal and corporate responsibility are part of RAFAEL’s DNA ‒ and an essential part of our success. These will benefit both the citizens of Israel and of the entire world.

How do you visualise your position in Indian defence market five years down the line?

For more than 25 years Rafael considers India as a strategic partner, and as such Rafael is fully committed to the Indian Armed Forces technological edge and operational readiness with its state-of-the-art systems. Given that approach, Rafael will keep on striving for the induction of Rafael’s systems in all defence and security forces, platforms and units.