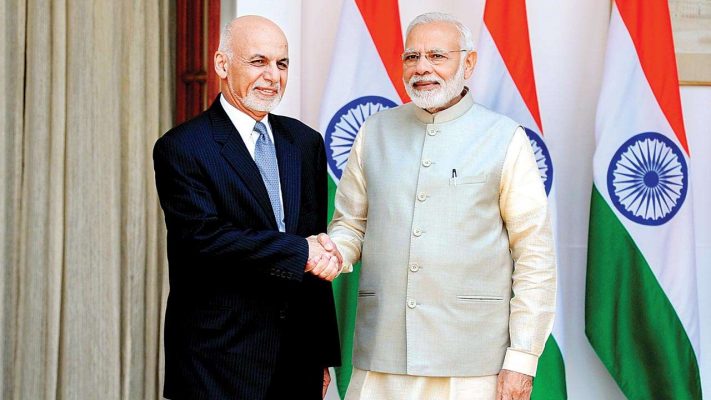 New Delhi: In a move to counter China diplomatically, the Narendra Modi government is appointing two seasoned hands as envoys to Dhaka and Kabul for an effective neighbourhood outreach.

While Vikram Doraiswami, a 1992 batch Indian Foreign Service officer, will be India’s next High Commissioner to Bangladesh replacing incumbent Riva Ganguly Das, Rudendra Tandon, an old Af-Pak hand (1994 batch IFS) will lead India’s Kabul mission as Taliban seeks to get back to power. Das is being posted back at headquarters after a short stint in Dhaka.

Doraiswami, who earlier handled India’s ties with Bangladesh and Myanmar, is currently additional secretary in charge of international organisations. A Chinese speaker, he has handled South Asian Association for Regional Cooperation (SAARC) related issues in the past. Bangladesh is a critical neighbour for India and Beijing is making frantic efforts to make inroads there. Indo-Bangladesh ties have acquired a new dimension in the last few years and the cooperation spans sectors from power, connectivity, trade and defence, besides the traditional areas.

New Delhi wants to take the relationship to the next level and bring in more dynamism as the country celebrates 50 years of its creation in 2021, informed sources said.

The neighbourhood remains an important pillar in the Indian foreign policy and requires constant engagement, the sources said.

Similarly, Afghanistan, which could witness major changes in the coming months amid Pakistan’s attempts to make deeper inroads, required an officer with experience of dealing with a landlocked country. Tandon has handled the region from close quarters for years including past stints in Afghanistan.

Besides, the Ministry of External Affairs (MEA) is undertaking key changes at headquarters across various divisions to strengthen its outreach with partners and undertake effective policy making. This includes divisions of Europe, Americas, UN and disarmament.

A Russian speaker, Arya is considered a strong hand in disarmament issues and has a background in nuclear technology. One of India’s outgoing envoys from Europe could succeed Arya.

The UN division, which will handle India’s stint as a non-permanent member in the UN Security Council between 2021-22, could see a dynamic officer taking charge.

Meanwhile, Manish Prabhat, who handles India’s ties with Russia and Eurasia, could be India’s next envoy to Uzbekistan. Indo-Uzbek ties have expanded manifold over the last three years. Raj Srivastava, India’s deputy envoy to Tokyo, could head to Croatia as the next envoy.