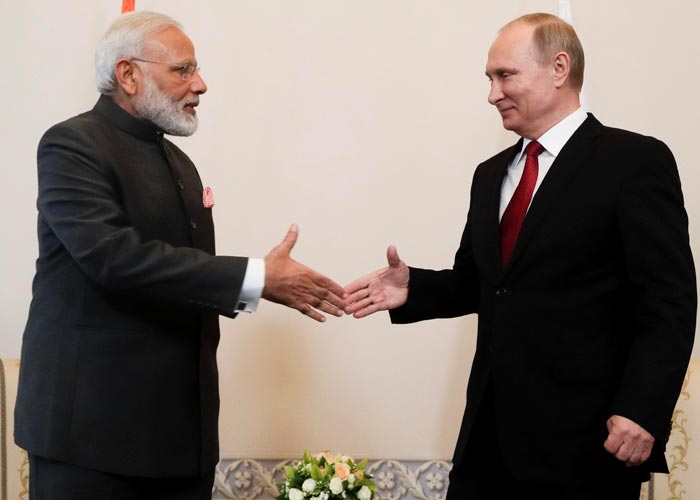 When Prime Minister Narendra Modi stepped down in the Eastern Russian port city of Vladivostok on September four for a two-day visit, this would be his fifth to that country since his first term in 2014 and open a “new chapter,” in the growing relations between the two countries.

This visit assumes significance as it comes in the backdrop of revocation of Article 370 which makes Jammu and Kashmir a union territory and has Russian support.

But, what is even more important is that the visit aims at expanding cooperation in a plethora of areas, including defence, trade, civil nuclear energy and hydrocarbons.

On the situation in Jammu and Kashmir, Russia strongly supported India’s position on abrogation of special status under Article 370 of the Constitution and that Moscow has always held the view that New Delhi and Islamabad should resolve all outstanding issues through bilateral dialogue, based on the Simla Agreement and the Lahore Declaration.

During his visit, Prime Minister Modi will attend the Eastern Economic Forum in Vladivostok and hold the annual bilateral summit with Russian President Vladimir Putin.

Ahead of the visit, a Russian official said both sides are working towards finalisation of an agreement for setting up six more civil nuclear reactors in India, apart from the Kudankulam project.

The relations between the two nations have been one of mutual trust and cooperation and is a strategic partnership that has withstood the test of time enjoying support of people of both countries.

Diplomatic relations between the two countries began even before India achieved independence. In the period immediately following independence the goal for India was attaining economic self-sufficiency through investment in heavy industry. The Soviet Union invested in several new enterprises in the areas of heavy machine-building, mining, energy production and steel plants. During India’s second Five Year Plan, of the sixteen heavy industry projects set up, eight were initiated with the help of the Soviet Union including IIT Bombay.

The nineties were a tumultuous period for both countries. In 1990, India extended loans to the USSR in the form of technical credit and in 1991, India extended food credit and gift of 20,000 tonnes of rice. After the dissolution of the Soviet Union, India and Russia entered into a new Treaty of Friendship and Cooperation in January 1993 and a bilateral Military-Technical Cooperation agreement in 1994.

The friendship of the two countries has indeed stood the test of time and it is this relationship that would be further cemented at Vladivostok for which the groundwork was laid with the two-day visit of External affairs minister S Jaishankar to Moscow during which he held talks with his Russian counterpart Sergey Lavrov to finalise the preparations for Prime Minister Modi’s visit.

This was Jaishankar’s first visit to Moscow since assuming office in May. He and Lavrov took stock of preparations for Prime Minister Modi’s visit and the 20th Annual Bilateral Summit between the two countries. They discussed regional and international issues of mutual interest. 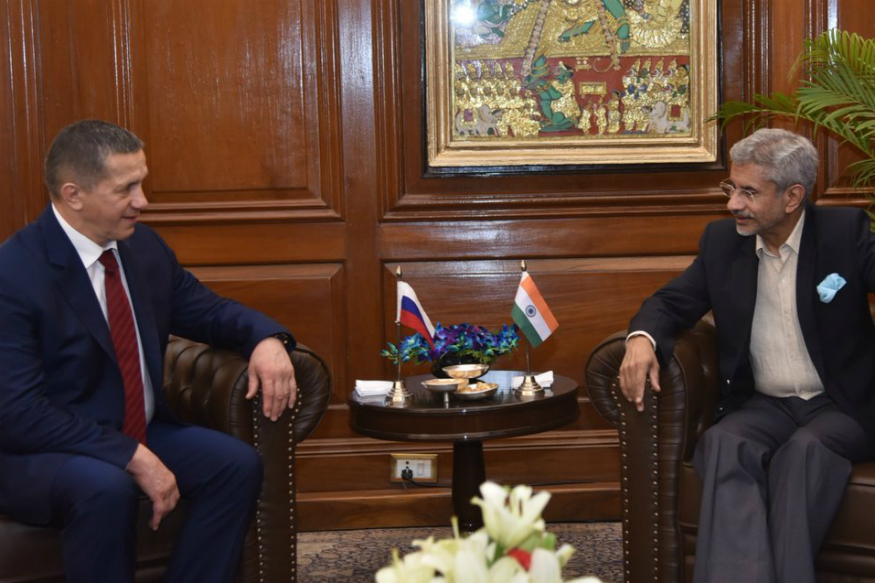 Days ahead of Jaishankar’s visit, National Security Advisor Ajit Doval travelled to Moscow and held talks with his Russian counterpart Nikolai Patrushev during which both sides underlined support for principles of sovereignty, territorial integrity and non-interference of third parties.
The defence facet of the relationship is one of the strongest pillars of the India-Russia relationship and has withstood the test of time. India, with Russia’s cooperation, has achieved capacity building in strategic areas through acquisitions and development of weapons. The relationship is evolving from the traditional buyer-seller one to that of joint production and development, with emphasis on technology sharing. Russia is committed to becoming a partner in the ‘Make in India’ programme.

In 2017 two rounds of the India-Russia Military-Industry Conference were held in March and August in which a large number of companies from Russia and India participated. India is the largest buyer of Russian military equipment and, at the same time, Russia is India’s principal defence partner. India participated in Army 2017, the Army Games and the spectacular Spasskaya Bashnya Band Festival. The first-ever TriServices Exercise, Indra 2017, that India has ever held with any country was held with Russia from October 21 to 29, 2017 in Vladivostok, in keeping with the close cooperation between the two countries in the defence sector. Several steps are being taken to increase training of officers in each other’s Institutions and more military exchanges.

India and Russia have identified several new areas of cooperation. These range from deep sea exploration to building knowledge based economies based on science and technology, innovation, robotics and artificial intelligence, focussing on infrastructure, skill development, agriculture, shipbuilding, railways, aviation and greater connectivity, especially people-to-people contacts. Special focus will be given to cooperation between the younger generation and cultural sphere.