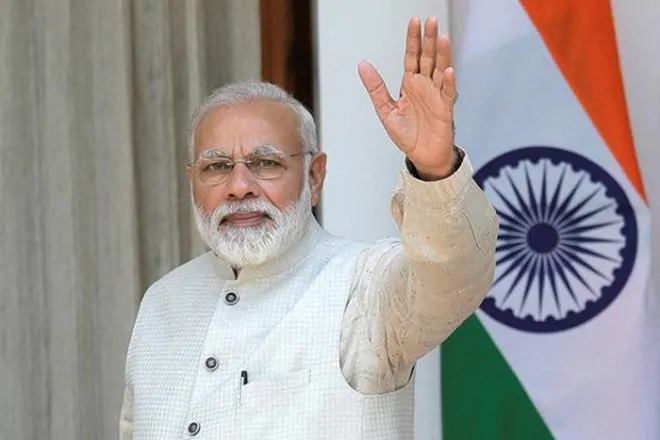 Narendra Modi is the first Indian Prime Minister who has allowed the armed forces a free hand while dealing with Pakistan. For the first time since Independence, India has started responding to Islamabad’s terror strikes with devastating counter attacks. The classic example of Modi’s policy of disproportionate retaliation was Balakot where 12 IAF warplanes struck at a terror camp across the international border, catching the Pakistan Air Force completely off guard.

The Balakot strike not only exposed Pakistan’s inability to stop India from striking at will, but more importantly it shattered the myth of Pakistan’s low nuclear threshold. Modi’s aggressive response has greatly diminished Pakistan as a military power.

At the same time, Team Modi has been working under the radar, tightening India’s chokehold on the fragile Pakistani economy. Demonetisation gave a death blow to Pakistan’s fake currency racket, which was bankrolling its massive terror export industry, forcing the Pakistanis to dip into their nest egg to keep that industry going. India’s withdrawal of most favoured nation status and closure of the border trade have contributed hugely to inflation in Pakistan. Thanks to Modi, the Pakistani economy – once touted as Asia’s most promising by Bloomberg – is now described by the same organisation as Asia’s gloomiest in 2019.

However, the worry is that like all previous governments, the Modi administration too might release the pressure just when Pakistan is on the point of collapse. Modern India’s Prime Ministers have suffered from the Prithviraj Chauhan syndrome – letting the enemy off instead of dealing a decapitating blow. In the 1948 war, Jawaharlal Nehru stopped the Indian Army from fully liberating Kashmir. Lal Bahadur Shastri ended the 1965 war when Pakistan was on its knees. Indira Gandhi returned captured territory and 93,000 POWs without settling the Kashmir issue. A.B. Vajpayee refused to let the IAF and army cross the LoC while the Pakistanis were fleeing Kashmir. Such incredibly stupid mistakes have come back to haunt India. Modi must not succumb to this syndrome but instead take it to the logical conclusion of breaking up Pakistan. 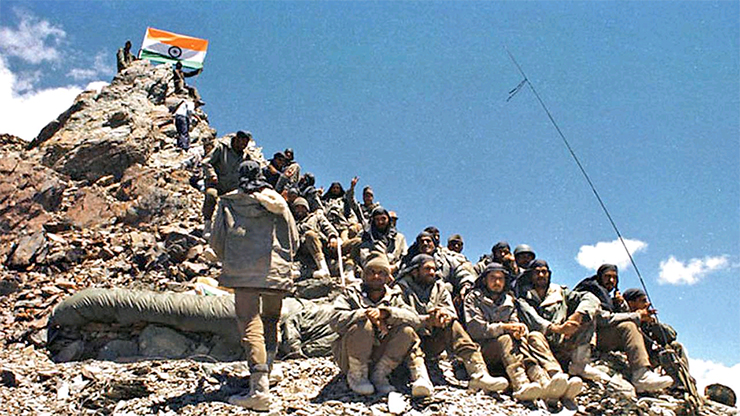 With Pakistan showing no signs of backing down from its old policy of low-intensity, low-risk attacks – interspersed with full-on wars – against India, negotiations are a waste of time and effort. In fact, talks are a clever distraction ploy by Islamabad so India lowers its guard. Indians should never forget that in 1999 while Vajpayee was bussing across the international border to Lahore for a historic summit, the Pakistan Army was clambering up mountains in Kargil.

India must drop all niceties aside and treat Pakistan like a mortal enemy. Here is what Modi must do to remove this existential threat to India’s security and a major roadblock towards its destiny as a great power.

The majority of Balochs and a large section of Sindhis are irreconcilably opposed to being part of Pakistan. Likewise, most Pathans would prefer to join up Khyber-Pakhtunkhwa with Afghanistan. After the 1971 War and the emergence of Bangladesh, Sindhi leader G.M. Syed proposed a new homeland for the Sindhis named Sindhudesh. He founded the Jiye Sindh movement and said that in the next India-Pakistan war Sindhis must welcome the Indian Army as liberators.

After the horror of the November 2008 Mumbai raid, which resulted in the deaths of 158 innocent people, National Security Advisor Ajit Doval had famously said, “You do one more Mumbai, you lose Balochistan.” That time has come. Considering Pulwama and Uri are just as traumatic for Indians as the Mumbai attack, it’s time to start the process of breaking up Pakistan.

India has done this before brilliantly. In the build-up to the 1971 War, the country’s external intelligence agency RAW had started training Bengali freedom fighters in the former East Pakistan. India also successfully turned Bengali officers in the Pakistan Army, Pakistan Air Force and the Pakistan Foreign Service into double agents. Those multiple thrusts ultimately resulted in the defeat of the Pakistani military forces.

This time around, RAW should do a triple strike by massively arming rebels in Balochistan, Sindh and Khyber-Pakhtunkhwa – the three provinces which are chafing under Punjabi domination. Because these provinces are losing their respective identities due to the influx of Punjabi settlers who are slowly changing the demography of the provinces, the local people – especially Balochs and Sindhis – will welcome India’s support.

As Doval has said, India’s advantage is that it has the cash to pay off terrorists and turn them into double agents who will happily strike at Pakistan. The Pakistan Army claims it has lost more than 7,000 troops fighting just one set of terrorists – the Pakistan Taliban. Three simultaneous rebel movements bankrolled by India will simply overwhelm its armed forces. The resulting turmoil will quickly drive out both foreign and domestic investors, resulting in the collapse of the Pakistani economy.

For those who claim that Islamabad will also ramp up its terror operations in India, here’s news: because Pakistan is a much smaller country, it will suffer greater turmoil and devastation than India. The Pakistani generals will find out that two can play the game, and that India can play it far longer. They are used to a life of luxury, post-retirement corner plots and numerous flunkies at their beck and call; they have no stomach for a high-intensity conflict with India.

Since the mid 1990s, India has faced a low-intensity war waged by Pakistan with support from China. Like it or not, we are at war and our soldiers are dying every day. In this scenario, doubling of the defence budget to 5 per cent is just like taking out a large insurance on your home.

A quantum leap in India’s defence budget will be a double whammy for Pakistan. Firstly, Islamabad can never match India’s spending power. Secondly, unlike India, every rupee it spends on the military goes down the sinkhole. Khurram Husain explains in The Dawn that “defence spending does not produce an economic boost because the ‘military industrial complex’ in Pakistan is very small”. 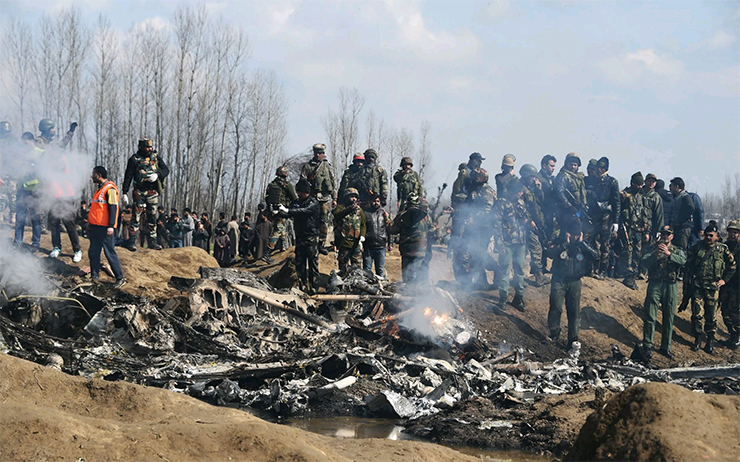 Bottom line: every rupee the Pakistan government spends on defence is a rupee denied for development. Since the overwhelming majority of Pakistanis are surviving on minimal rations and also suffering massive power cuts and joblessness, large increases in defence spending will make their daily existence a living hell.

Yes, a large hike in defence spending will certainly impact some development projects in India but the massive impetus it will give to the military industrial complex will compensate for the losses. Plus, the peace dividend is incalculable. Millions of people will be able to lead peaceful lives and trade and industry will grow in places considered no-go areas.

Cold Start is the colloquial term for the Indian Army’s Proactive Military Strategy for a blitzkrieg style strike into Pakistan. Although its operational details remain classified, the goal of Cold Start is broadly for Indian armour and infantry to launch lightning strikes into Pakistan and capture bite-sized (up to 80 km deep) chunks of enemy territory within 72 to 96 hours from the time the order to mobilise is issued.

The beauty of Cold Start is it may never have to be used. It screws with the Pakistani military’s mind and forces the generals to spend time and scarce resources on finding ways to stop an Indian blitzkrieg. As well as beefing up the military with billions of dollars worth of conventional weaponry sourced from China and Turkey, the Pakistani military is taking out another insurance policy – by cranking up the production of nuclear weapons.

Atomic bombs – plus the missiles required to launch them – don’t come cheap. In fact, the entire ecosystem required to develop, build, deploy, store and maintain them is so prohibitively expensive that even China, with an $8 trillion economy and $3 trillion in forex reserves, has built only 300 nuclear weapons. It knows that trying to catch up with its chief rival, the US, will only lead to a Cold War style arms race.

However, the Pakistani ruling elites blinded by notions of racial superiority vis-a-vis Indians and in their mad obsession to achieve parity with India are ramping up production of nuclear warheads. According to the Federation of American Scientists, in a few years Pakistan could overtake France to possess the fourth largest stockpile of nuclear warheads after Russia, the US and China.

India should go for Pakistan’s economic jugular by turning it into a global pariah. Those who doubt this will be successful should look back at the boycott of the 19th Saarc Summit in Islamabad in 2016. Led by India, first Bangladesh, Afghanistan and Bhutan pulled out, quickly followed by Sri Lanka, Nepal and the Maldives.

India’s economic and military heft needs to be leveraged to make individuals and countries keep away from Pakistan. This should involve: 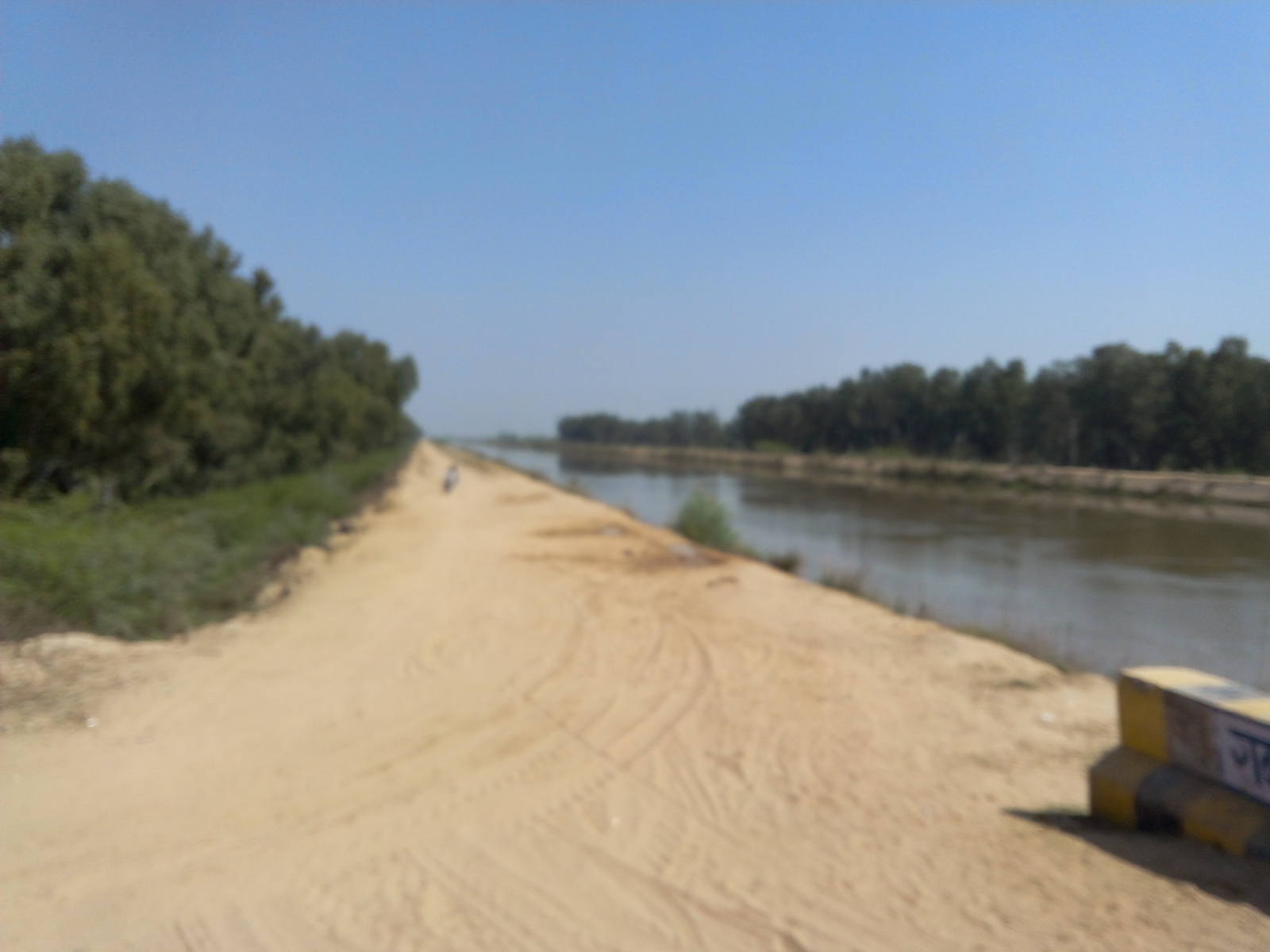 Remember that the US managed to bring down its chief enemy, the Soviet Union, by slapping economic sanctions that ran for decades. Virtually everything from the transfer of advanced technology to the sale of wheat and sporting contacts with Russia were banned. In the end, Gorbachev decided he couldn’t keep in step with the West and dissolved the Soviet Union.

Keep up the pressure

Some of the measures outlined above are currently being implemented by the Narendra Modi government. In 2015 India plugged a leak in the Indira Gandhi Canal in the Sri Ganganagar area in Rajasthan. For decades, Pakistani farmers had been taking free water via the leak, allowing them to grow all kinds of crops. In 2017, with India choking the free supply, Pakistani farmers in the border areas faced a crop failure.

In 2018 India declared it would fast-track three projects, including construction of two dams, to arrest the unutilised water of its share under the Indus Waters Treaty. This alone would kill an entire sowing season in Pakistan in the coming years. It’s incredible that while 300 million Indians are facing a water crisis, it has taken the political leadership 60 years to take this step.

India’s new water diplomacy is also in action in Afghanistan, where Indian engineers are building the Shahtoot Dam on the Kabul River. In Pakistan there is growing fear that the dam is the latest move in India’s grand plan to strangle Pakistan’s limited water supply. “It is not just one dam that is alarming for Pakistan,” says Foreign Policy magazine. “India has assisted Afghanistan with studies on the feasibility of a total of 12 dams to be built on the Kabul River, which could generate 1,177 megawatts of power and further reduce water flow into Pakistan.”

Such sustained pressure is required to ensure Pakistan’s breakup. Only when Pakistan becomes a rump state, with the provinces breaking free, will it convince the Pakistani military to abandon its delusions of defeating India.

One thought on “Pakistan is Collapsing – Why India Must Turn up the Pressure!”