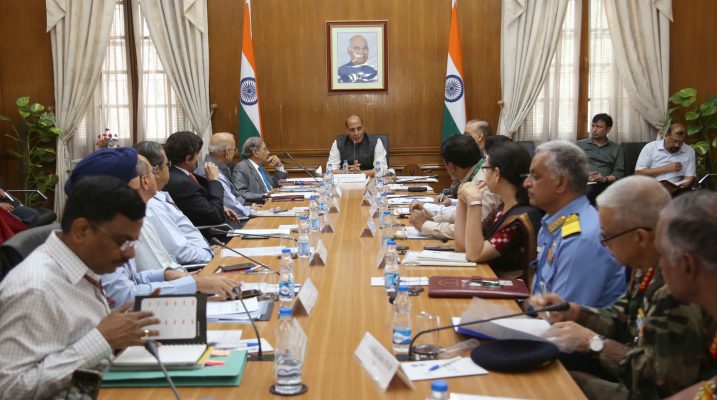 New Delhi. The 15th Finance Commission headed by former IAS officer NK Singh held a meeting in New Delhi on August 30 with the Ministry of Defence led by Defence Minister Rajnath Singh to examine the mechanism to fund defence and internal security of the country.

During the meeting, MoD gave its Fund Projections for the period 2020-2025 which is also the award period of the 15th Finance Commission. The Ministry informed the Commission about the allocated budget for MoD in comparison to the projections made.

The MoD officials apprised the Commission that it was exploring a number of alternative sources of funding.

The Finance Commission assured MoD that it would take into consideration all the suggestions made that would help to increase the overall capital space of the Ministry, bring about predictability and help the Ministry in its defence preparedness.

It may be recalled that a notification was brought out by the Ministry of Finance on July 29 this year following an order made by the President. By this Order, the Terms of Reference (ToR) of the 15th Finance Commission was amended and Paragraph 9A was inserted in the ToR namely: “The Commission shall also examine whether a separate mechanism for funding of defence and internal security ought to be set up, and if so, how such a mechanism could be operationalised.”