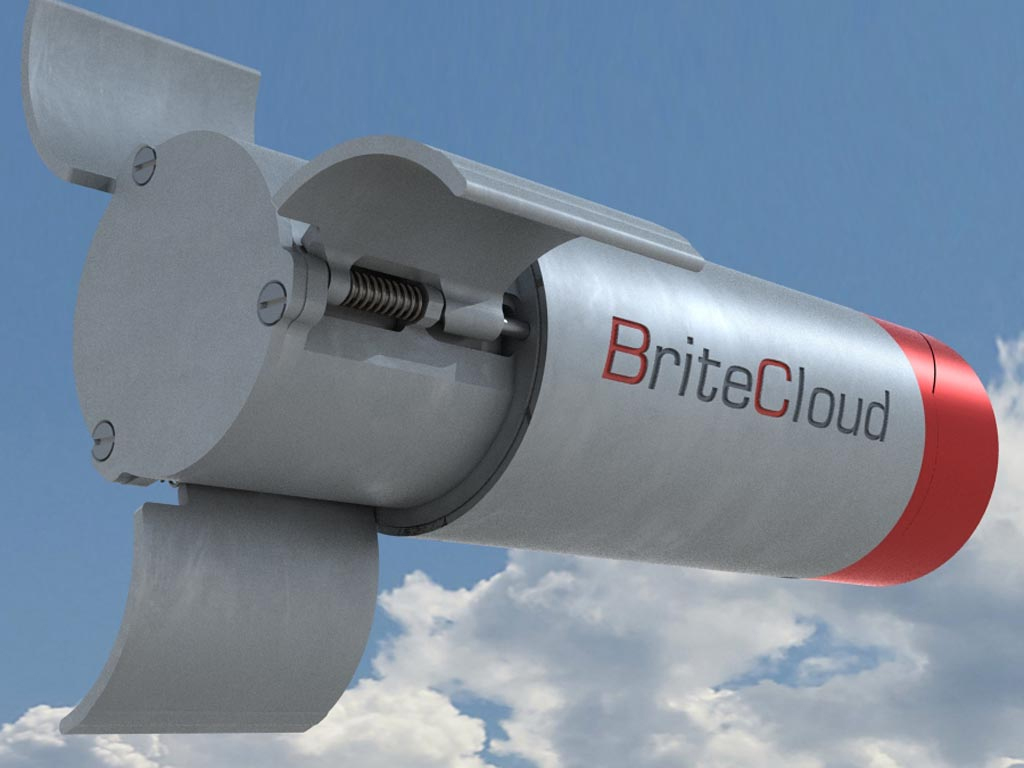 LAUSANNE. At the Electronic Warfare Europe 2018 conference (5-7 June in Lausanne, Switzerland), Leonardo has unveiled the latest variant in its market-leading ‘BriteCloud’ missile decoy family, the BriteCloud 55-T. The new 55-T is able to protect large military transport aircraft such as Leonardo’s C27-J and third party platforms including the C-130, KC-390 and A400M from modern, radar-guided missiles.

The original drinks-can-sized ‘BriteCloud 55’ countermeasure is designed to protect fighter aircraft and uses a miniaturised Radio-Frequency (RF) jamming module to trick incoming radar-guided missiles into missing their intended target. BriteCloud 55 has been proven effective in extensive testing carried out with the UK Royal Air Force and is now in-service with the RAF on-board its fleet of Tornado GR4 aircraft.

Leonardo has since miniaturised the technology further to create the BriteCloud 218 product for fighter jets using 2x1x8 dispensers, such as the F-16. Larger aircraft require a more powerful decoy in order to mask the larger radar return that they produce. BriteCloud 55-T has been developed to address this by generating a much more powerful ‘ghost’ radar signature, drawing even advanced radar-guided threats away from the transport aircraft.

The same size as BriteCloud 55, the 55-T variant will be able to fit into an aircraft’s standard 55mm chaff and flare dispenser, or fitted to a square format dispenser using an adapter magazine, with no further integration work required.

BriteCloud is a breakthrough technology, with Leonardo currently the only provider of DRFM expendable active decoy technology worldwide. Following its adoption for active service by the UK Royal Air Force, Leonardo is in active discussions with export customers to provide the technology to Air Forces around the world.

Designed and manufactured in Luton, UK, BriteCloud is readily exportable, with the 55 and 218 variants compatible with the majority of combat aircraft types. As the launch partner for BriteCloud, Gripen-manufacturer Saab continue to offer BriteCloud as an electronic warfare option with all models of the Gripen aircraft including the new Gripen E.