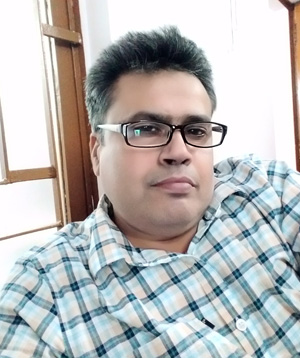 THE idea of having my own magazine focussing on defence and strategic affairs was an outcome of a casual interaction with a friend from the defence sector. The real igniting point was the fact that in the 70th year India was still importing 70 per cent of its defence requirement.

It came to fruition only two months before when three like-minded people including me joined hands to venture out with a magazine of our own on this strategically important subject. We three, come from three different backgrounds of Editorial, Marketing and Graphic Designing, found it easy to embark on the path, probably destined to by none other than the almighty God.

We also planned the release of our magazine named ‘Raksha Anirveda’ keeping in mind the DefExpo-2018, the world’s one of the most promising biennial defence event, which was round the corner, would be the momentus occasion for the release of the same.

The meaning of ‘Raksha Anirveda’ is self explanatory and it means ‘self reliance in defence’. In the inaugural issue of the magazine, which would be a defence and strategic affairs quarterly, we tried to analyse how India can achieve self reliance in defence manufacturing through an insightful article by a former defence ministry official.

At present Indian defence sector is going through an interesting and exciting phase and with government’s special thrust on indigenous manufacturing and self reliance through it’s Make in India initiative, DefExpo 2018 has garnered the eyeballs with overwhelming and record participation of countries and defence manufacturers.

We are also privileged to have a detailed interview of Defence Public Sector Navratna Bharat Electronics Ltd CMD MV Gowtama’s interview in the inaugural edition itself.

I must take this opportunity to thank and congratulate all our advertisers/sponsors, who reposed their faith on the new venture, came forward to support us at the beginning of this journey itself and finally liked to be on board following which the herculean task of bringing the quarterly became possible.

Last but not the least, we are indeed overwhelmed and honoured and thankful to the writing contributors, who took out precious time to contribute their analytical and insightful write-up to make it a worthy reading.