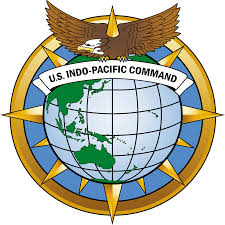 Washington: The head of US Indo-Pacific Command (INDOPACOM) hopes to have an active Aegis Ashore system in Guam by 2026 as part of a concept he calls “Homeland Defense System Guam.”

Adm. Phil Davidson told reporters that his “No. 1 priority” is getting that system installed in Guam as soon as possible, stating that “the most important action we can take to rapidly and fully implement the National Defence Strategy, as a first step, is a 360-degree, persistent, integrated air-defence capability in Guam.”

In early April, in a report submitted by Davidson to Congress, he had sought US$20 billion in new investments between fiscal 2021 and fiscal 2026 to bolster capabilities in INDOPACOM’s area of responsibility.

It’s likely Davidson will get at least some of what he is seeking. Since the arrival of the 1253 report — named after the section of legislation that required the report — both chambers of Congress have embraced the idea of creating a Pacific Deterrence Initiative — a pot of money inside the Pentagon’s budget that would be targeted at deterring Chinese actions in the Pacific. The move is based on the counter-Russian fund in the department’s European Deterrence Initiative.

The centerpiece of Davidson’s funding request was described as a 360-degree persistent and integrated air defence capability in Guam, with an estimated US$1.67 billion price tag over six years. In the unclassified 1253 report, Davidson did not spell out exactly what that would entail, but his comments clearly laid out that he wants the Lockheed Martin-developed missile defence system.

“The backbone of Homeland Defence System Guam would be the Baseline 10 Aegis Ashore system,” Davidson told reporters at an event hosted by the Defence Writers Group. “The reason I’m a key advocate for that is, first, it is technology that is available to us now and could be delivered by 2026, when I believe that the threat will require us to have a much more robust capability than the combination of THAAD [the Terminal High Altitude Area Defence missile defence system], which is deployed there now, and an Aegis ship in response can provide.”

Fundamentally, Davidson said, the THAAD and sea-based Aegis combo is meant to protect against a North Korean missile launch targeting Guam. But with China now seen as the leading threat in the region, a more robust, permanent capability on Guam is needed to protect against both land-based ballistic missiles and air- or sea-launched cruise missiles. In addition, he said, the command-and-control capabilities that come from an Aegis Ashore enables other capabilities to be added and linked together, such as shorter-range Patriot systems.

Another priority for Davidson is an updated and expanded focus on training and multi-domain experimentation, which could incorporate partners and allies in the region. In the 1253 report, Davidson requested US$2.87 billion over the six-year period; he said he has already begun “engaging” with Pentagon budget planners about lining up funding for FY22.

When talking “about long-range precision fires, the fires from the sea, from the air, from the land, you need a wider network of ranges,” Davidson said.