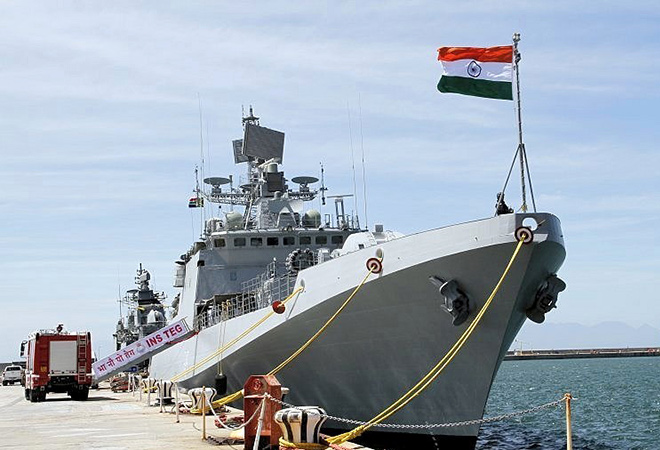 The defining theme of Prime Minister Narendra Modi’s keynote speech at the Shangrila Dialogue in June 2018 at Singapore was the importance of connectivity in a globalised world, the need for a free and open Indo-Pacific and the role India is expected to play in the region extending from the shores of Africa to the shores of America. He made a specific mention of how the Indian Navy is building partnerships in the region to promote peace and security as well as humanitarian assistance and disaster relief.

In the last decade or more, India has been playing an increasingly important role in the region which has been further accelerated by the country’s Act East Policy, Look West Policy and the Neighbourhood First Policy, all of which have a distinct maritime orientation. There are initiatives such as SAGAR which are aimed at capacity and capability building to secure our interests and provide regional stability in our maritime neighbourhood. As the largest naval power in the Indian Ocean and a net security provider in the region, India has been at the forefront in countering the non-traditional maritime security threats proliferating in many ways and jeopardising the delicate regional security calculus. It has also been the first responder in providing Humanitarian Assistance and Disaster Relief (HADR) in natural and man-made calamities which are becoming increasingly frequent in the maritime Indo-Pacific.

The Indian Ocean is one of the busiest waterways in the world with over 1,00,000 ships carrying over 60 per cent of the world’s trade transiting through it. Ensuring the safety and security of the Indian Ocean’s Sea Lines of Communication (SLOC) over which this trade travels is also critical for India as over 90 per cent of India’s trade by volume and more than 74 per cent by value is seaborne. Over 80 per cent of India’s energy requirements, both imported and indigenous are carried over the sea.

The foreign policy initiatives of recent years with deep strategic underpinnings with many countries in the Indo-Pacific both on our east and west have led to the Indian Navy‘s distant overseas deployments and multi-mission operational posture wherein over a dozen warships of the IN are deployed in different parts of the Indo-Pacific enhancing security, building diplomatic networks, and projecting India’s power while simultaneously honing their war fighting skills through intensive Fleet exercises which is its very raison d’etre.

All this has led to the Navy having to maintain an unprecedented operational tempo in recent years. The Navy has responded magnificently but sustaining this operational tempo will sooner or later definitely take a toll on the Navy’s ships and submarines if not supported with adequate resources.

The Indian Navy is structured as a balanced multi-dimensional force with full spectrum capability. However, for it to maintain a combat edge besides fulfilling the roles and missions expected of it as the pre-eminent Navy in the region, adequate attention needs to be paid to ensure that its quantitative and qualitative capability requirements are adequately addressed. Navies do not get built in a day and it is therefore imperative that naval plans adequately balance the desired capabilities based on the likely security scenario, the national aspirations and the available resources.

The Indian Navy, as also the other services, draw up a 15 year perspective plan based on conservative estimates of the likely budgetary allocation and prioritises its requirements accordingly. This is then approved by the Ministry of Defence (MoD). Subsequent five year plans drawn up during the currency of this 15 year plan provide an opportunity to review the progress and apply mid-course corrections to regain track. The progress of the 15-year plan is also constantly reviewed and the requirements accordingly adjusted. This meticulous planning notwithstanding, the Indian Navy is staring at major capability deficits which are widening by the day leading to an unacceptable force level depletion which will become increasingly difficult to address. The reasons for this are many, not least of which is the reducing naval budget.

This was recently alluded to by the Chief of the Naval Staff (CNS) who expressed his concern at the Navy’s share of the defence budget which has reduced from 18 per cent a few years ago to about 14 per cent now despite the recognition of the importance of the maritime sector. However, due to some deft financial planning, the Navy has been able to balance its requirements well so far. This is however clearly inadequate to meet the Navy’s or indeed the country’s maritime security imperatives given the long list of essential requirements a modern medium sized Navy should have.

The Navy has a robust ship and submarine building programme but inadequate budgetary support will jeopardise its implementation. In fact last year the previous Chief of the Naval Staff had even suggested that the delays in the shipbuilding programme may not be unwelcome. This becomes even more alarming if one draws a comparison with the PLA Navy’s ambitious shipbuilding programme and its expanding footprint in the Indian Ocean.  Just to draw a comparison, the Chinese Navy is commissioning 20-25 major warships and submarines every year while the IN did not commission a single warship or submarine throughout 2018. 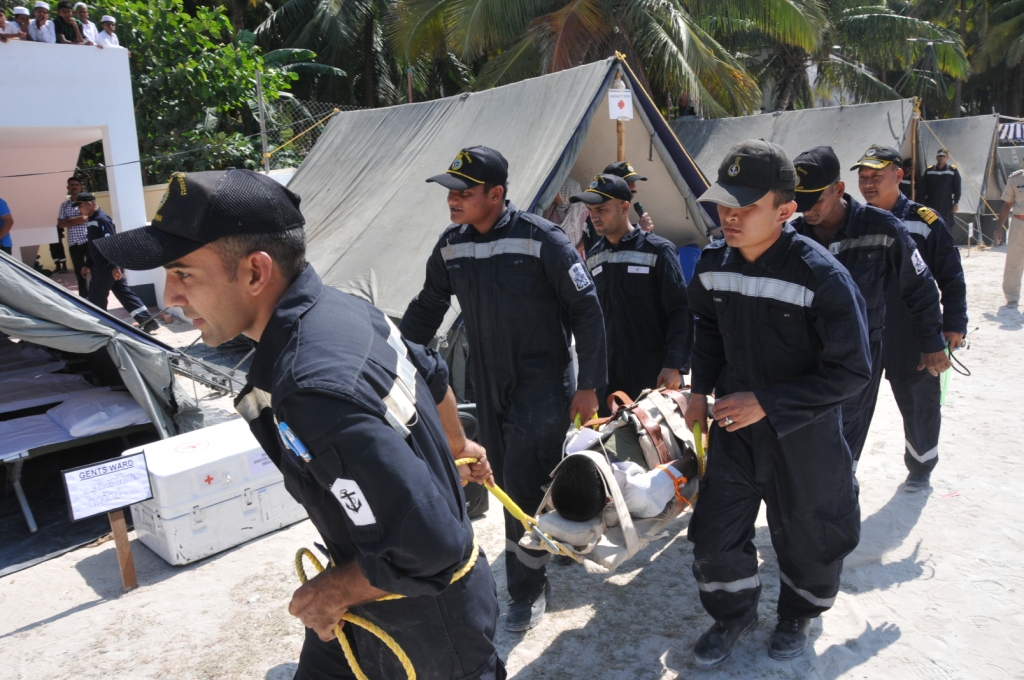 If India wants to be a credible Indo-Pacific power, it is imperative that the Indian Navy develops the capacity and the capability to project that power in furtherance of India’s maritime interests and to ensure regional security in an inclusive and cooperative security framework. This will be possible only if the political leadership understands the importance and operating philosophy of the navy, supports its planned force level accretion and ensures that the navy gets its fair share of the defence budget to meet its increasing commitments.

(The author is a veteran submariner and Vice President of the Indian Maritime Foundation and a keen follower of matters maritime. The views expressed are personal)