This article is an adaption of the presentation Colours of Glory – The Indian Artillery, Yesterday, Today and Tomorrow, a programme on zoom by Lt Gen PR Shankar (Retd.). Raksha Anirveda extends its sincere thanks to Lt Gen P R Shankar (Retd.), former Director General, Artillery (Indian Army), who was instrumental in formulating various policies on modernisation of Artillery through indigenisation and implementing the projects based on those policies during his stint as DG, Artillery.

The article talks about Lt Gen Shankar, his predecessor’s and successor’s steered contribution towards the modernisation of Indian Artillery through indigenisation.

Artillery is the God of War said Josef Stalin, and in keeping with this Lt Gen PR Shankar (Retd.) had during his tenure as Director General of Artillery, given an impetus to the modernisation of Artillery through indigenisation. 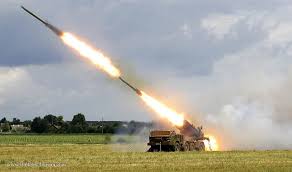 As per Lt Gen Shankar, who now works as a Professor in the Aerospace Department of Indian Institute of Technology, Madras (IITM) where he is actively involved in applied research, said “in a decade, Indian Army will be one of the world’s best in artillery,” and in his programme on zoom – “Colours of Glory –The Indian Artillery, Yesterday, Today and Tomorrow,” he answered a wide range of questions and painted an optimistic picture of the future of the artillery and the role of indigenisation in the making of weapons for artillery.

With deep understanding and experience of successful defence planning and acquisition, his tremendous efforts provided the requisite guidance in creating the roadmap that eventually led to the fructification of major projects like 155mm Gun, the Dhanush, M777 ULH and K9 Vajra, Rocket and Missile projects related to Pinaka, Brahmos and, Grad BM21, surveillance projects like Swati WLR and some ammunition projects.

Artillery is the second biggest arm, next to the infantry and has proved its mettle in all operations including Counter Insurgency actions in Jammu and Kashmir as also in the northeast. Professionally the arm has provided firepower in all operations with Elan, Pride and Military Precision. The Regiment of Artillery is currently undergoing a process of modernisation which would ensure that state-of-the-art equipment is inducted to enable it to undertake operations in the 21st century against its adversaries.

With the passage of time and improvement of technology the role of the Artillery transformed from neutralisation to destruction which ensures that the enemy is destroyed and the devastating firepower breaks his will to fight, enabling assaulting troops to close in, capture the objective and attain victory

The weapons used by Indian Artillery are “highly indigenised and has a plethora of guns and rockets. India is in the forefront of artillery technology.” And that from light field guns in its arsenal in the 1980s, Indian Artillery has indeed come a long way and today it has integrated guided missiles like Prithvi and Agni.

On attaining Independence, the Regiment of Artillery was primarily equipped with 25 pounder as basic field guns. Known as the ‘Old Faithful’ the Gun provided a yeoman service in the four wars up to 1971. The artillery also had the 3.7 inch howitzer, 4.2 inch mortar and the 5.5 inch medium gun. With the passage of time and improvement of technology the role of the Artillery transformed from neutralisation to destruction which ensures that the enemy is destroyed and the devastating firepower breaks his will to fight, enabling assaulting troops to close in, capture the objective and attain victory.

The Indian Artillery is currently in a Network Centric Warfare (NCW) environment and has to provide Surveillance and Reconnaissance (SAR) resulting in Target Acquisition which would lead to engagement that needs to be monitored to undertake Post Strike Damage Assessment and ensure that the target is destroyed. In NCW, Artillery shapes the battlefield, degrades enemy’s war waging capability, destroys his field defences, communication sites, logistics echelons thereby paralysing him and thus accomplishing the mission.

The Regiment of Artillery is currently equipped with a variety of surveillance devices, guns, mortars, rockets and missiles. The surveillance devices are a part of the Surveillance and Target Acquisition (SATA) Regiments. The devices currently held comprise the Unmanned Aerial Vehicles (UAVs) which are of four types. These are the Medium Altitude Long Endurance (MALE), Heron UAV and Short Range UAVs Searcher MK I, Searcher Mk II as also four indigenously built Nishant. These UAVs have been operationally optimised and they are an extremely useful tool of surveillance.

The SATA units are currently equipped with Medium Range Battlefield Surveillance Radars (MBFSR) and Weapon Locating Radars (WLR). The MBFSR currently held is the ELM 2140, which is able to detect tanks, vehicles and troops. They are held in minimal quantities, and been exploited by mobile masts. The WLR currently held is the ANTPQ-37 which has been optimised with a reasonable degree of success.

The Army is currently in the process of inducting indigenously developed Weapon Locating Radar Saathi, which would be initially inducted in the plains. Further SATA units are equipped with Long Range Reconnaissance and Observation System (LORROS). This equipment has excellent day and night surveillance capability and has proved its effectiveness in operational areas. The SATA units also have a passive weapon locating system known as Sound Ranging. 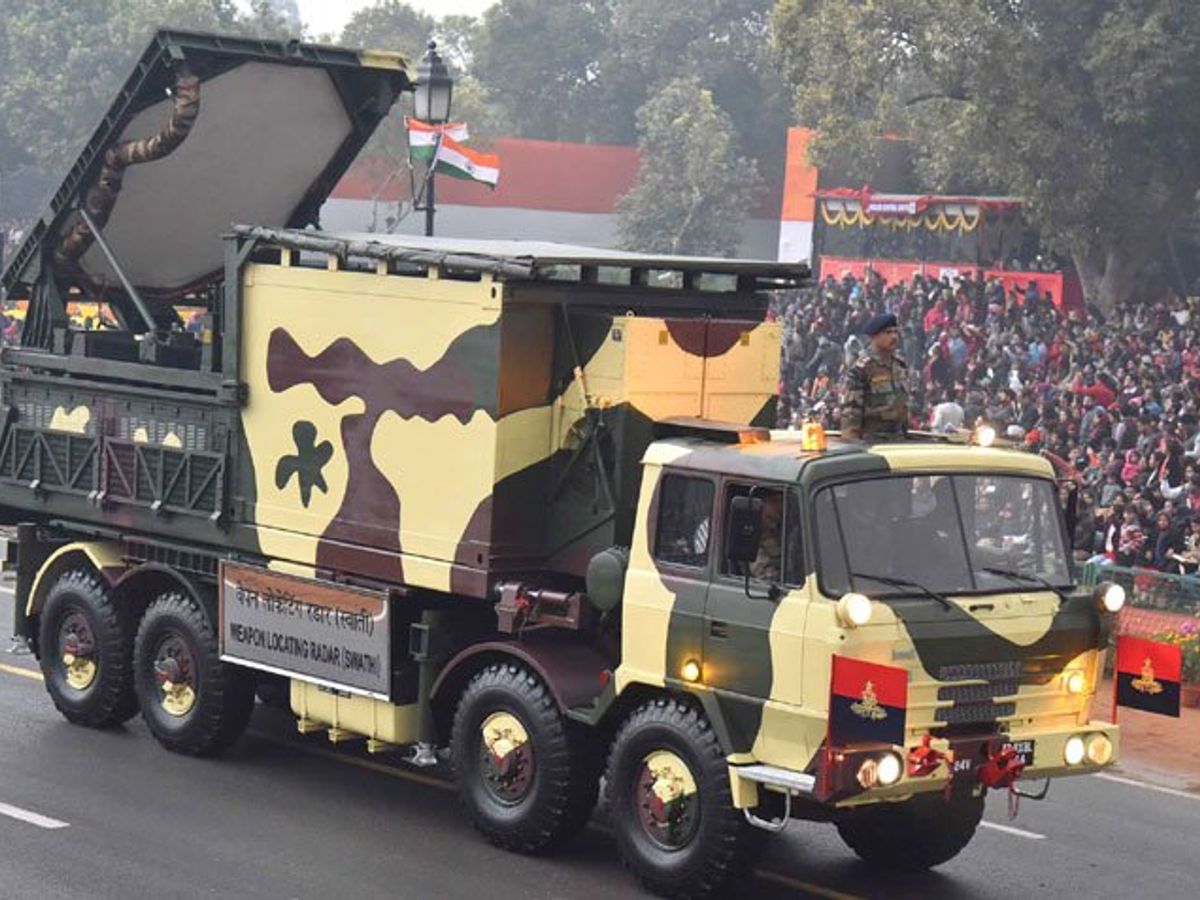 The Regiment of Artillery has successfully expedited the modernisation process particularly with regard to Guns and Ammunition. The indigenously manufactured 155 mm (45 Calibre) Dhanush is the first to be inducted. Six Guns are currently with Indian Artillery and an indent has been placed for 114 Guns. This would be followed by an indent for 300 additional Guns.

Apart from this, it has a variety of ammunition to include High Explosive, Smoke, Illuminating, Cargo, Kransopol Precision Guided Munition (PGM), Terminally Guided Sub Munition and Fuel Air Explosives.

The Regiment of Artillery has successfully expedited the modernisation process particularly with regard to Guns and Ammunition. The indigenously manufactured 155 mm/ 45 Calibre Dhanush is the first to be inducted. Six Guns are currently with the Regiment of Artillery and an indent has been placed for 114 Guns. This would be followed by an indent for 300 additional Guns.

The next platform being inducted would be the 155 mm M777 Ultra Light Howitzer on a Foreign Military Sales (FMS) programme from the United States.  Two Guns are currently in Pokhran Field Firing Ranges, to prepare data for Range Tables. The total order would include 145 pieces which would form eight regiments. These Guns would be an asset for the Mountain Strike Corps being raised shortly. Further Mahindra Tech would possibly manufacture additional pieces as a part of their Make in India programme. 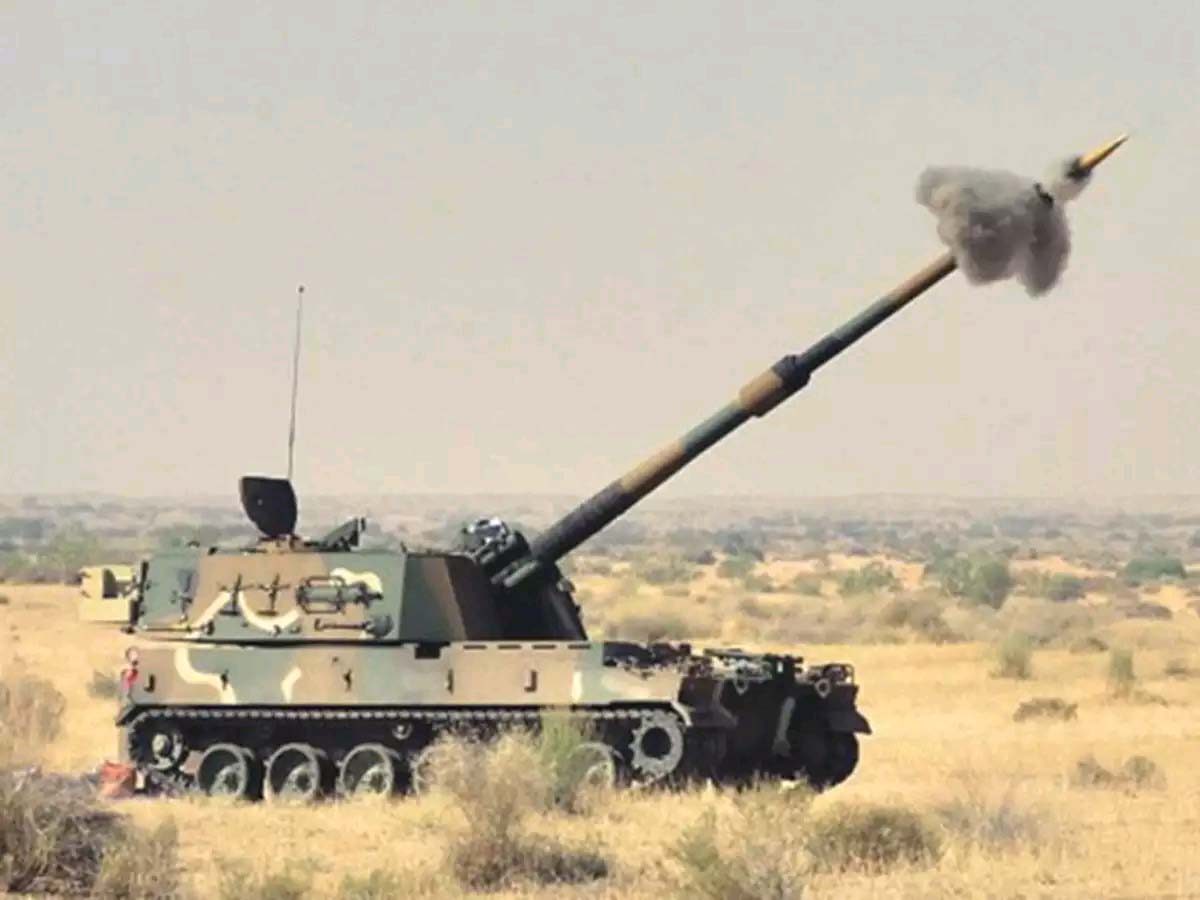 It is interesting to note that Contract has been signed for the 155 mm/ 52 Calibre Self Propelled Gun which is termed as the K 9 Vajra. This would be made in India by Larsen & Toubro (L&T) in consortium with Samsung Techwin of South Korea. The initial order is for 100 Guns and the rest would follow based on requirements.

The greatest breakthrough has been in the field of Supersonic Cruise Missile BrahMos. It has qualified in the user trials for the steep dive version of the missile, thereby enabling the equipment to be deployed in the mountains. Further the missile in a current test has ranged 400 Km. There is a requirement to enhance the range to 600 km to engage suitable depth targets across the borders.

Lt Gen (Retd) Shankar praised the role played by late Manohar Parrikar as Defence Minister for “he made the real difference in the Indian Army and all gunners owe a lot to his leadership,” and as he said even the former Army Chiefs made a tremendous difference for at “critical junctures, they encouraged us not to look back and nudged the government to take decisions which enabled the DGs Artillery to hold the course.”

-The writer is senior journalist and media consultant.