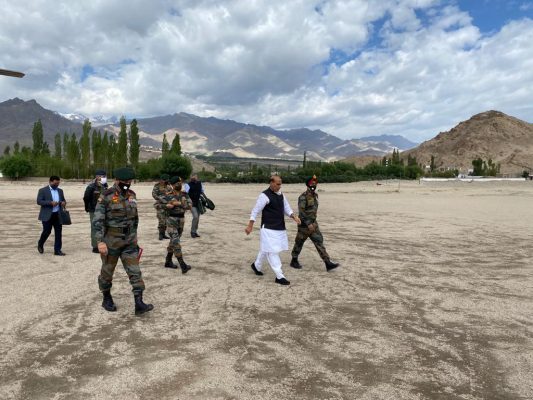 New Delhi: The Indian Army showcased its T-90 tanks and armoured combat vehicles as Defence Minister Rajnath Singh reviewed the situation at the border on July 17, over a month after 20 soldiers were killed in a clash with Chinese troops in eastern Ladakh’s Galwan Valley.

Singh landed in Leh in the morning during his two-day visit to Ladakh and Jammu and Kashmir along with Chief of Defence Staff (CDS) General Bipin Rawat and Army chief General Manoj Mukund Naravane.

A video tweeted by news agency ANI showed army tanks carrying out military exercises in Singh’s presence in Stakna, a forward post where the troops also showed him their para dropping skills. 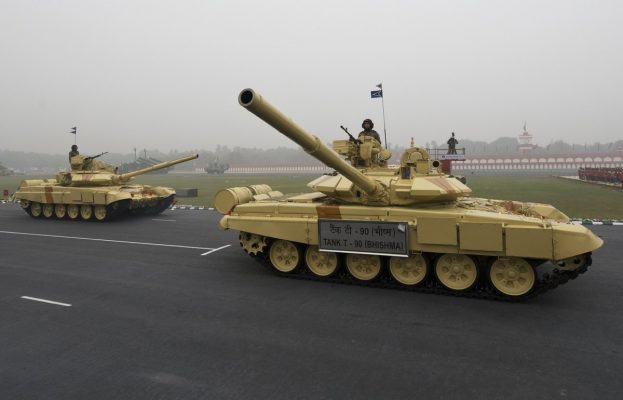 The army’s decision to deploy the T-90 Bhishma tanks was taken after the Chinese People’s Liberation Army (PLA) had strengthened its positions on the river bed with armoured personnel carriers and troop tents.

He also interacted with the personnel of the Indian Army and Indo-Tibetan Border Police (ITBP) in Lukung post near Pangong Lake, where Indian and Chinese troops are in the process of disengagement.

“Talks are underway to resolve the border dispute but to what extent it can be resolved I cannot guarantee. I can assure you that not one inch of our land can be taken by any power in the world,” he said.

“If a solution can be found by talks, there is nothing better,” he said emphasising on finding a diplomatic solution to the standoff.

“Recently what happened between troops of India and China at PP14, how some of our personnel sacrificed their lives protecting our border. I am happy to meet you all but also saddened because of their loss. I pay my tributes to them,” he added.

The Defence Minister will go to Jammu and Kashmir on July 18.

Singh was scheduled to visit Ladakh on July 3 but his visit was deferred.

“Leaving for Leh on a two day visit to Ladakh and Jammu-Kashmir. I shall be visiting the forward areas to review the situation at the borders and also interact with the Armed Forces personnel deployed in the region. Looking forward to it,” the Minister had tweeted in the morning.

Earlier this month on July 3, Prime Minister Narendra Modi had made an unscheduled visit to a forward post in Nimu in Ladakh and interacted with the troops.