Bengaluru: It is an aeroshow focussed on aerospace and defence but surprisingly what is drawing attention at this biennial Asia’s biggest event of this kind is an infantry combat vehicle.

It is only because a startup company Tonbo Imaging has come up with solution for the challenges thrown up during Defence India Startup Challenge under government’s Innovations for Defence Excellence (iDEX) initiative.

Indian Army stated that dust, smoke, fog, camouflage and even darkness used to hamper the vision of BMP-II Sarath on battlefields. Therefore, they placed the challenge before the startups.

The company took up the challenge and successfully integrated 360 panoramic degree view on the Indian Army’s amphibious AFV, BMP-II Sarath. Before that it was not possible to do so in a BMP-II Sarath as only the 120 degree view was available which was mechanical.

Speaking over being selected as showstopper, Commander Rajendra Kumar from Tonbo Imaging said, “In 2018, the government has given us a task under iDEX and we were the first to complete the task.”

He said that they have started supplying advanced imaging and sensor systems for Rafale fighter jets aircraft. 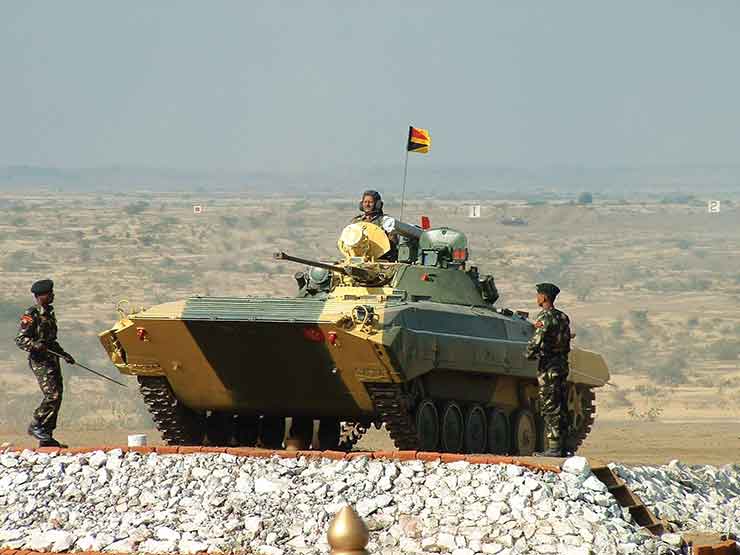 The head-mounted display is a high-definition, mixed-reality eyepiece that displays images of the tank’s surroundings in a holographic form as if superimposed to the insides of the tank, thereby enabling the ‘see-through armour’ capability.

It improves the crew’s spatial awareness by integrating a magnetic tracker that senses the head movement of the wearer and displays video from the same direction. “The driver’s HMD can interface with the GPS system to display location specific information for easier manoeuvring and situational assessment. The HMD also displays a wider coverage of targets tracked to the commander, for auto-threat analysis. This helps the commander to prioritise targets real-time and handover to Gunner or engage the target, based on urgency,” he said.

Land battles across the world now have an Indian content, a thermal imaging device, from Tonbo, used on tanks and infantry combat vehicles, has been supplied to 25 countries and is the only non-NATO supplier to the US Military.