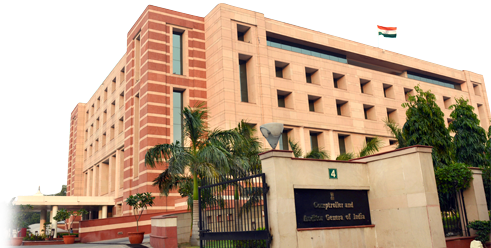 New Delhi: In a scathing criticism on the Rafale fighter aircraft deal, government’s audit body Comptroller and Auditor General (CAG) has said the transfer of high-end technology as part of the offsets deal had not been completed, and it was not clear if it would even take place in the future.

In its report on defence offsets that was prepared last year but tabled in Parliament on September 23, the audit body though did not go into details of private partners for the Rafale contract, as the defence ministry informed it that the first such commitment had to be completed only by September this year.

This means the ministry would be able to share details of private sector offset contractors for the deal only for audits conducted in the future. However, the CAG has scrutinised the offset contract signed in September 2016, stating that till now, high-end technology transfer had not taken place.

“DRDO (Defence Research and Development Organisation) wanted to obtain technical assistance for the indigenous development of engine (Kaveri) for the Light Combat Aircraft. Till date the vendor has not confirmed the transfer of this technology … it is not clear even if this technology transfer will take place,” the report reads.

Using the Rafale deal as an example, where foreign vendors have not been able to fulfill commitments, the CAG report said “there is a need for MoD/DRDO to identify and acquire the right technologies in order to comply with directions of the DAC (Defence Acquisition Council) given in September 2016.”

Plans to use the Rafale offsets for obtaining jet engine technology has been hanging since 2016, even though French company Safran has been in talks with Indian stakeholders. In February, Safran had proposed a full transfer of technology and manufacturing knowhow.

However, the plan has not been completed as it is being evaluated by the DRDO which has to obtain the technology for use on future fighters like the Advanced Medium Role Combat Aircraft (AMRCA).

However, according to reports advanced discussions are on with both DRDO and Hindustan Aeronautics Ltd (HAL) to use offsets from the deal to obtain engine manufacturing and maintenance technology. The French side still has time to meet its offset obligations as the delivery period of the Rafale fighter jets is still ongoing, but the ball is in DRDO’s court to take things forward, sources said.

While technically French companies can change offset plans at any point, given the quantum of offsets — about 3.5 billion euros — it could be difficult to meet obligations if the technology transfer agreements don’t go through. Penalties, including liquidation of banking guarantees, can be imposed on French vendors if they are unable to meet offset deadlines.