Bengaluru. The Hindustan Aeronautics Limited successfully demonstrated flight of a 10Kg Rotary Wing (Helicopter) Unmanned Aerial Vehicles (RUAV) here in the presence of its Board of Directors, recently on August 3. The RUAV is of a 2-stroke petrol engine, twin blade main rotor and tail rotor, payload capability of 2.5Kg including live stream video camera and range of the vehicle is 8-10 Km with an endurance of one hour.

The flight lasted for about ten minutes during which the Attitude Control Attitude Hold (ACAH) mode, Position Control, Position Hold mode (autonomous hover), low speed flight in forward, backward and sideward directions, were demonstrated. The video feed from onboard the helicopter was streamed live and shown on the dedicated video receiver. The status of the helicopter, its parameters and its real-time position on the map were also shown.

To achieve self reliance in the aviation field and to enhance its R&D efforts, HAL is working closely with premier educational institutes and has established chairs at IITs (Madras, Roorkee, Kharagpur, Bombay, Kanpur) and IISc Bengaluru. The RUAV is developed in association with IIT Kanpur and is the first outcome of HAL’s tie-ups with academia.

With this demo, HAL’s Rotary Wing R&D Centre (RWR&DC) is well poised to employ its skills and capabilities to undertake development of Rotary UAVs of higher weight classes and weapons as payloads. The success is the testimony of the Industry-academia collaboration, says Mr. T. Suvarna Raju, CMD-HAL 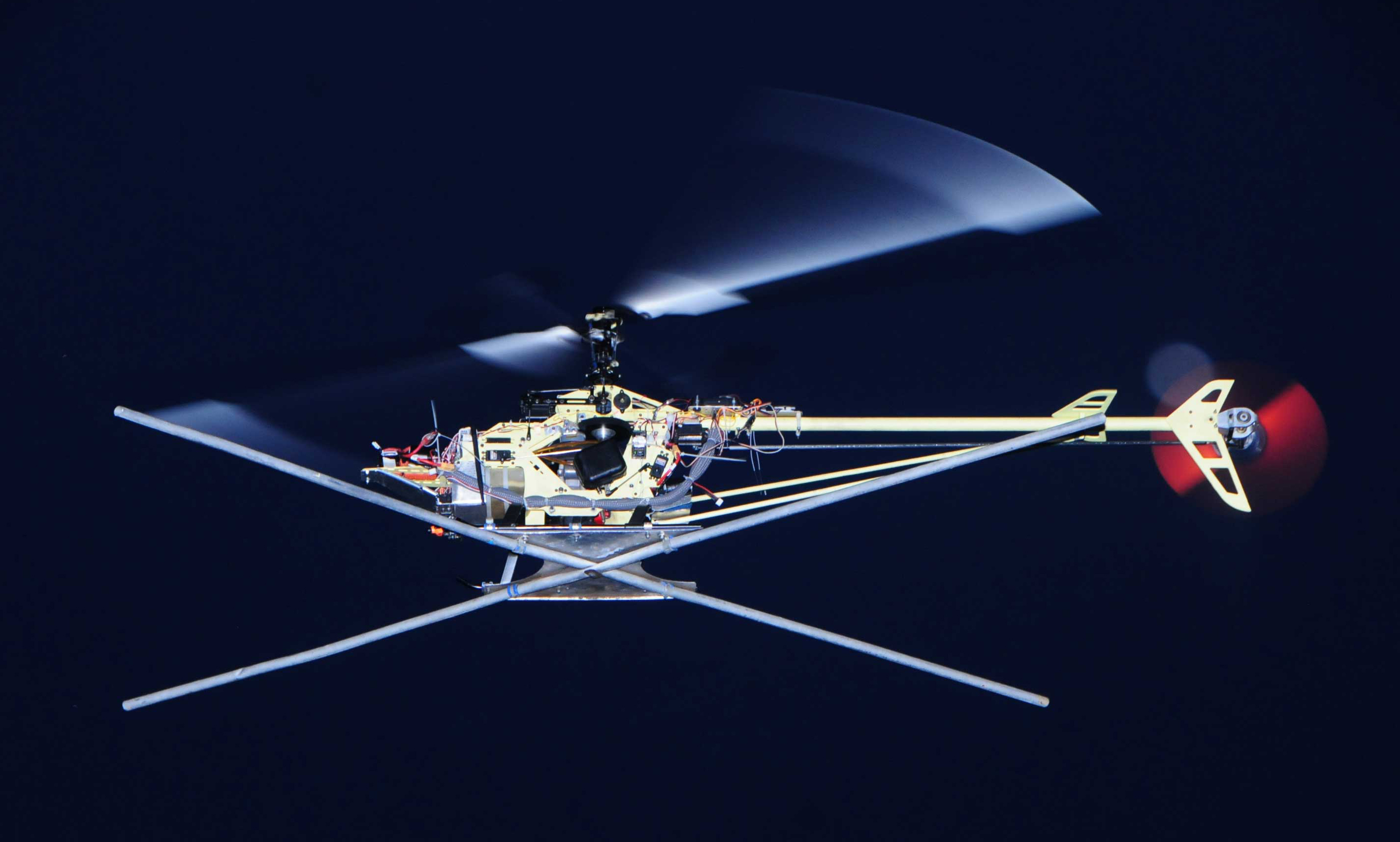 The RWR&DC at HAL is the unique R&D Centre in the country involved in Design and Development of Rotary Wing Platforms (Helicopters) Military and Civil operations. Advance Light Helicopter in its different variants (ALH-Dhruv, ALH-Rudra, ALH Wheeled version) is one of its star products and in service with the Indian Defence Forces. The Light Combat Helicopter is also designed and developed by this Centre and is under production for Indian Army and Indian Air Force.

The RWR&DC having wide and varied experience, strong skill sets in development of Rotary Platforms has partnered with Indian Institute of Technology, Kanpur (IITK) to embark upon design and development of a Rotary Unmanned Air Vehicle (RUAV) for Defence and Para-Military Forces and homeland security. These efforts led to successful development of control laws, a full authority flight controller, also known as Fly By Wire system for helicopters and other associated technologies like autonomous navigation system, ground control system etc.