The first-ever India-South Korea 2+2 dialogue is scheduled to take place after the formation of new government post Lok Sabha elections 2019. The defence secretaries of both the nations were expected to meet in May 2019. However, a date will soon be announced when the new defence secretary takes over next month following the retirement of incumbent Sanjay Mitra.

The upcoming defence secretary level 2+2 dialogue is important for many reasons. India’s “Act East” Policy and South Korea’s “New Southern Policy (NSP)” have many prospects to contribute to peace and stability in both regions as well as in the Asia Pacific. The strategic aspect of India’s “Act East” Policy has been gaining ground with the focus being put on the wider political-security issue. The India-Korea 2+2 dialogue is the manifestation of India and the Republic of Korea’s (ROK) strategic goals.

The prospect of India-South Korea 2+2 dialogue was initiated during Prime Minister Narendra Modi’s State Visit to the Republic of Korea (ROK) from on May 18-19, 2015. Modi visited ROK at the invitation of former South Korean President Park Geun-hye. During the visit a Joint Statement on India-ROK Special Strategic Partnership’ was issued and both sides agreed to establish a joint Vice-Ministerial level defence and foreign affairs dialogue in the “2+2” Format. 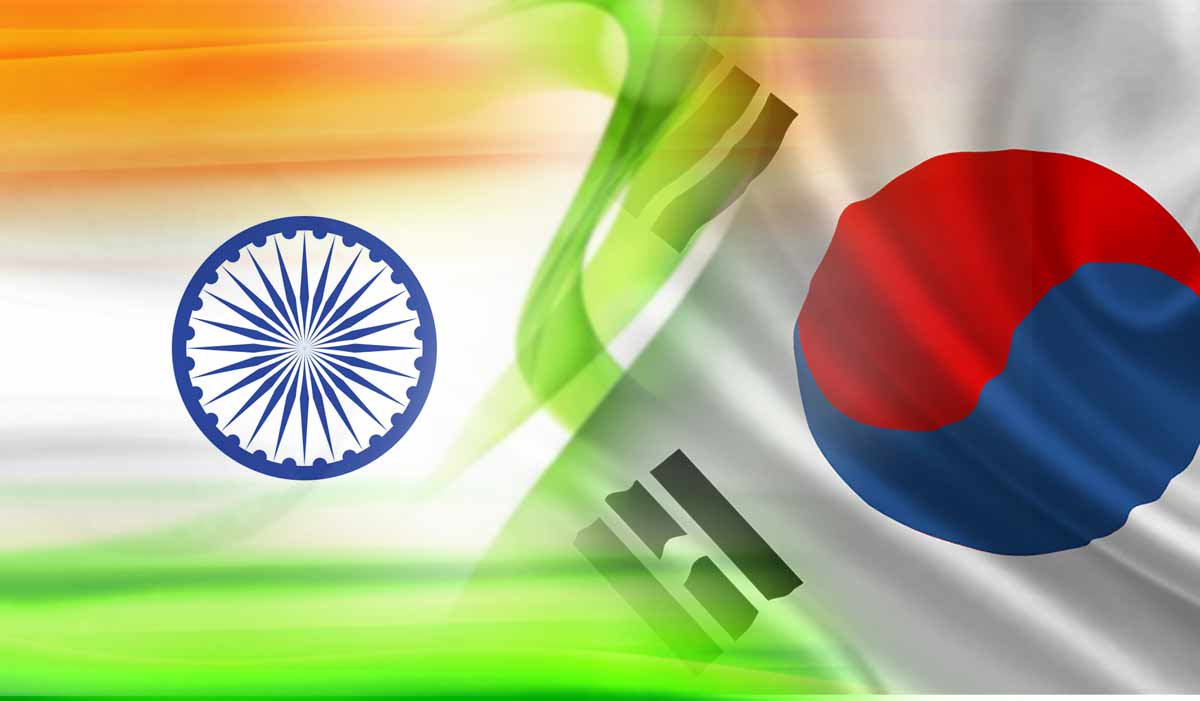 India-South Korea 2+2 dialogue is an extension of India and ROK Strategic Partnership. India sees South Korea as one of its most important strategic allies in its “Act East” policy, and both nations recognise the value of the bilateral relationship which will result in bringing peace, stability and security in the Asia Pacific Region (APR). On the other hand, South Korea looks at India not just as an economic partner but a key strategic ally, which will help contribute peace and security in both the regions. South Korean President Moon Jae-in under ‘New Southern Policy’ has realised the importance of India in South Korea’s foreign policy matters, and understands the role India can play as a key player to strengthen the peace and prosperity on the economic and strategic fronts in the Asia Pacific Region.

India and South Korea made a remarkable progress from bilateral consular relations in 1962 to the present. In recent years, both nations have become truly multi-dimensional in their exchange of interest which has resulted in significant partnership in the Asia Pacific Region. South Korea has been a part and parcel of the maritime strategy and naval diplomacy of India, from India’s “Look East Policy” to the “Act East Policy”. On the same account South Korean policy of “New Asia Initiative” and recently “New Southern Policy (NSP)” reaffirm to confirm and expand South Korea’s role as an emerging middle power, by assuming a pivotal role in representing the interests of Asian nations on the world stage.

South Korea President Moon Jae-in made a State Visit to India in July 2018. During this visit President Moon and Prime Minister Modi shared a vision for peace and prosperity between the two nations and agreed to strengthen existing bilateral dialogue mechanisms under the much awaited 2+2 dialogue. Under this 2+2 dialogue, defence secretaries of both the nations will make a roadmap for the future strategy and a cooperative vision for the Indo-Pacific Region (IPR). South Korea becomes the third country to hold 2+2 dialogue with India, the first two being Japan and the United States.

Prospects of 2+2 dialogue and defence agreements

Defence companies from South Korea have been establishing a crucial India-Korea defence industry cooperation. India is one of the world’s biggest arms importing countries and South Korean defence companies working hard with Indian local partners to grab the opportunities under India’s Make in India initiative.

In August 2018, ROK Defence Minister Song Young-moo in a statement said: “South Korea is reviewing a variety of measures to establish a special defence industry cooperation partnership with India. South Korea is highly interested in the plans to set up defence corridors in Tamil Nadu and Uttar Pradesh. South Korea has exported FA-50 light attack aircraft, based on KT-1 Basic Trainer and T-50 Advanced Trainer to many countries, and shows its interest to make business with India.”

India’s private defence major Larsen & Toubro has signed a deal with the South Korean firm Hanwha Techwin to jointly manufacture guns like K9 Vajra 155mm/52 caliber. Hanwha CEO Hyun Woo Shin stated, “A total of 100 guns will be produced, of which 10 will be sent from Korea. The remaining 90 units will be assembled in India by L&T.” There are several other small and big defence companies from both sides, which are keen on setting up joint collaboration to boost the defence deal and Transfer of Technology (ToT) to increase the production. 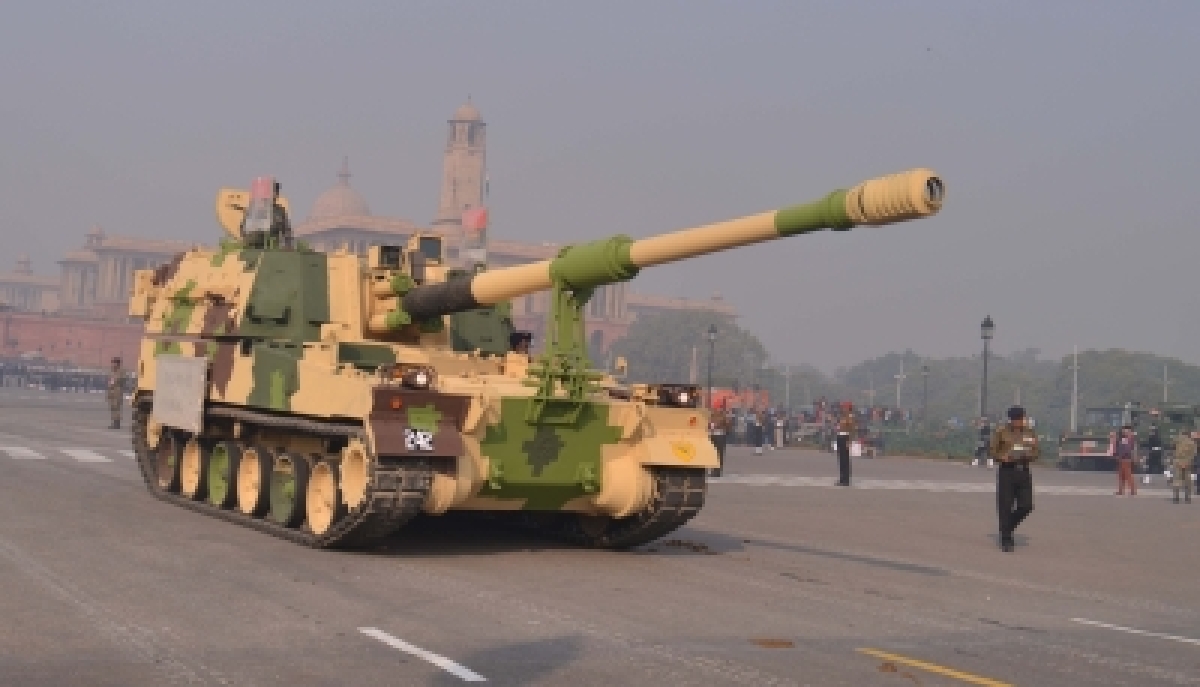 India lately demonstrated the “Act East Policy” with the arrival of Indian Naval Ships Kolkata and Shakti in Busan, South Korea. The Indian Navy Ships participated in ADMM-Plus (ASEAN Defence Ministers Meeting) Maritime Security Field Training Exercise (FTX) in Busan. The kind of partnership both the nations are enjoying will definitely benefit the defence industry from both sides and the upcoming “2+2 dialogue” will surely serve as bedrock for the new development between India and ROK.

However, everything is not going well with India-Korea defence deal. In 2018, India signed a contract with ROK for the acquisition of K-30 Biho missile developed by the Korean aerospace manufacturer LIG Nex1. The contract was fraught with a controversy of the bidding process. K-30 Biho is considered to be superior to an upgraded Tunguska-M1 model and Pantsir missile system from Russia. 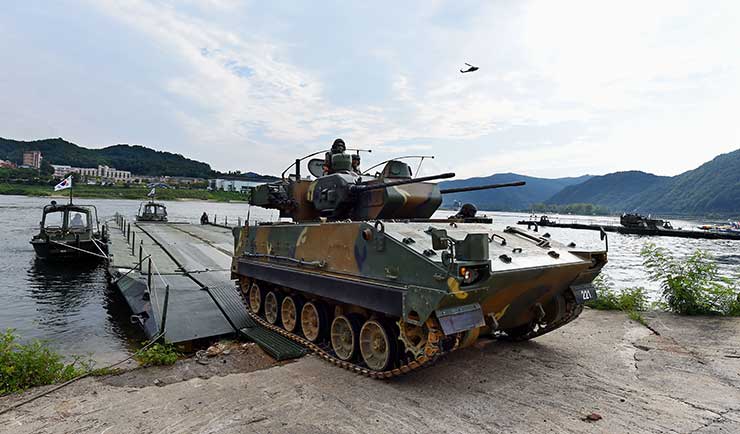 Pressure has been created by some pro-Russian forces within the Indian government. Russia has been a strong and time-tested partner of India. This is the need of the hour that ROK needs to reinvent and revive the bidding process of K-30 Biho, and it is expected that this will come up to the discussion table during India-South Korea 2+2 dialogue. Therefore, the upcoming dialogue will play very a crucial role for both the sides.

The author is a Seoul-based strategic affairs analyst