A major Indo French air drill; Desert Knight 21 was also one of its kind bilateral air operations of Indian Air Force with its French counterparts marking an important milestone between the two might air forces.

The Indo French joint air exercise was unique in its sense as it included fielding of Rafale aircraft from both sides, and is indicative of the growing interaction between the two premier air forces. 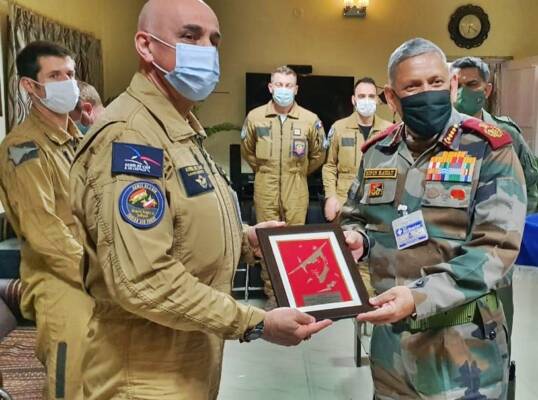 During this five-day air operations both side forces have been exercising with different aircraft. According to Ministry of Defence, “Both Air Forces exercised in realistic settings with an aim to enhance operational capabilities and interoperability. The exercise provided an opportunity to share best practices and evolve operational concepts; particularly for effective combat employment of the Rafale fleet.

“The two-fold aim of Desert Knight 21 is to boost mutual air cooperation among Indian and French force. In a series of engagement contingent of both sides had an air drill experience like the real wargames. As the two detachments commence their air exchange from January 20 onwards, they had put into practice operational experience, and gained across terrains and spectrums and endeavour to exchange ideas and best practices to enhance interoperability,” said IAF.

It may be noted here that as part of Indo-French defence cooperation, Indian Air Force and French Air and Space Force have held six editions of Air Exercises named ‘Garuda’, the latest being at Air Force Base Mont-de-Marsan, France in 2019. As measures to promote the existing cooperation, the two forces have been gainfully utilising available opportunities to conduct ‘hop-exercises.’

During the five-day Ex Desert Knight 21, Indian Air force fleets were flying Rafale fighter jets together with French aviators. The French force landed with its four Rafale jets to conduct joint air drills. Recently, India had inducted Rafale in the IAF and in this context this combined exercise had certainly boost the learning exercise among IAF pilots. 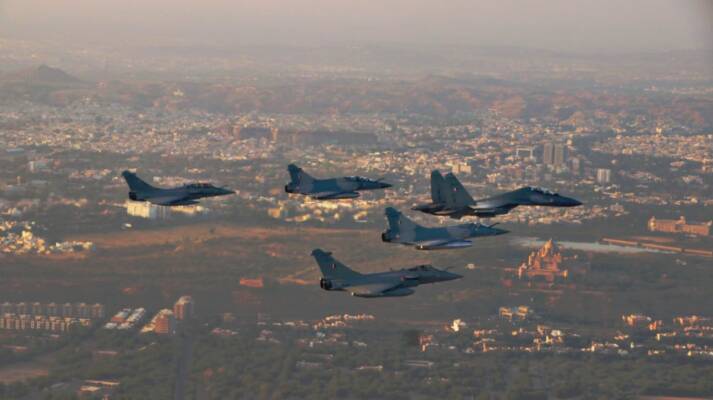 Earlier, Chief of Defence Staff General Bipin Rawat visited Air Force Station Jodhpur on January 21 and interacted with participating forces. He also flew on-board the MRTT along with Maj Gen Laurent Lherbette, the FASF contingent leader where he was given an overview on the conduct of the exercise and witnessed air-to-air refuelling operations by IAF and FASF fighters.

“The Indian and French air forces have been holding bilateral exercises since 2002. Today we have witnessed ‘Exercise Desert Knight 2021.’ The significance of this exercise is that Rafale fighters which have been inducted recently in our Air Force and French Rafale aircrafts along with our (Indian) Su-30s, Mirages have trained together and we have shown that how quickly we have adapted to Rafale fighters,” said General Bipin Rawat.

He said, “We also flew in a French multirole transport aircraft (Airbus-330) in which they can ferry passengers, do mid-air refuelling and can also convert it into a medical facility too for medical emergencies. We also saw how our Rafales, Su-30s and Mirages were refuelling from it.”

It may be noted that France has a fair amount of experience flying Rafale over the years and has used this jet in wars as well. Therefore, this combined air defence exercise was crucial for IAF to have the real experience of flying Rafale.

In an interview, Indian Air Force (IAF) fighter pilot for Rafale and squadron leader Sarthak Kumar, who was part of EX-Desert Knight 21, said “these joint air drills helped us learn together.”

“This has been a really important exercise for the integration of Rafale in the operations of the IAF. The rudimentary of all these exercises were all about cooperation, learning from each other’s experiences while operating in different terrains, spectrum and thereafter applying it to enhance our operational capability. So, overall this has been a really successful exercise,” he said.

We have flown with French pilots in Rafale cockpits. We learned from them what they do in different situations and similarly, they have also learned from us. Both of us learned great lessons,” he added.

The exercise, Desert Knight-21, which took place at the Jodhpur Air Force Station has set another feat between two air forces. It was one of the first types of large international air wargames, with the vision of improving operational capabilities and interoperability, these joint air operations offered the opportunity to share best practices and evolve operational concepts; in particular for the effective combat use of the Rafale fleet.

According to agency reports, the French contingent which took part in the exercise is deployed as a part of the ‘Skyros Deployment’ and transited through India as the first leg of Combined Air Exercise.
This is not the first time the Air Forces of the two countries exchange their operational expertise in a joint exercise. The two sides have been conducting exercise Garuda which has witnessed six editions so far. The last edition of the exercise was held in 2019 in Mont-de-Marsan in France.

In conclusion, the five-day Ex Desert Knight 21 partnering with French air force was productive in many ways for both sides.

-The writer is a Meghalaya-based defence journalist