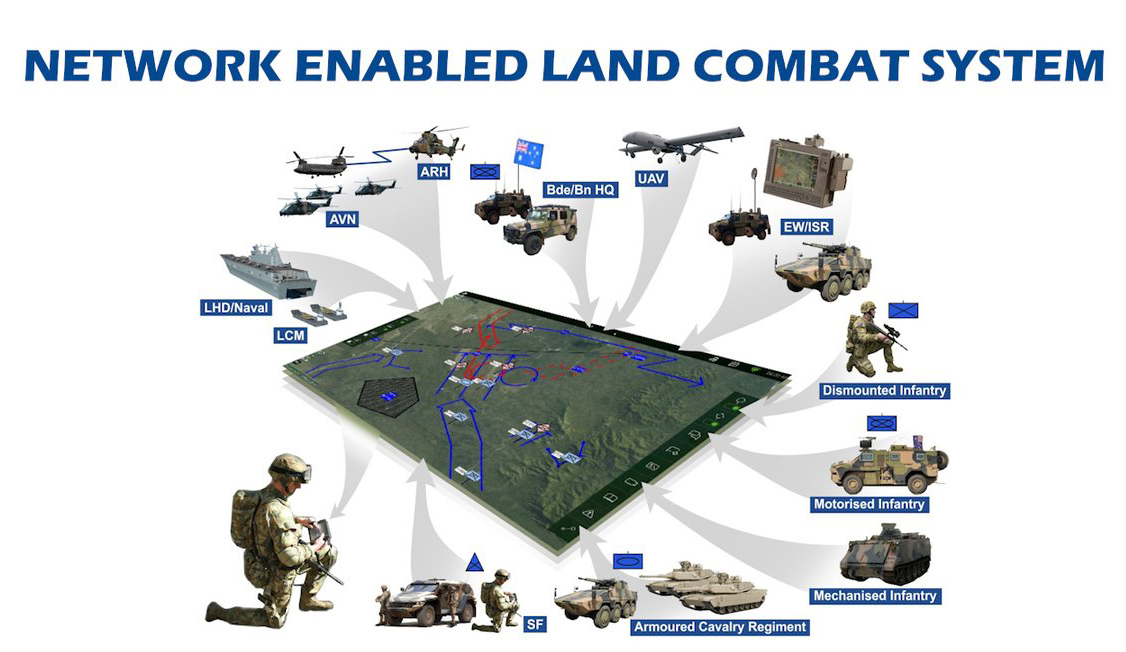 Adelaide, Australia. Elbit Systems of Australia will demonstrate the Network Enabled Land Combat System with a multi-stand collaboration at Land Forces 2018 which commences in Adelaide on September 3.

Elbit Systems of Australia is working with the Australian Army under Land 200 Tranche 2 to deliver the Battle Management System (BMS) which is revolutionising Army’s situational awareness and command and control systems.

The next step in the evolution of the Australian Battle Management System is to further integrate and diversify the system’s capability across Army headquarters, platforms and training. The features will be showcased over the five stands of Rheinmetall, Supacat, Nioa, Department of Defence and Elbit Systems of Australia.

The Weapons Enabled BMS (WINBMS) capability will be demonstrated at Rheinmetall’s stand on “Lynx”, a contender for the Land 400 Phase 3 Infantry Fighting Vehicle contract. It will also be on show in the ADF’s Land Network Integration Centre.

A network enabled mortar capability will be demonstrated at the Supacat stand on the High Mobility Vehicle.

The Nioa stand will demonstrate the possibility of creating an Automatic Grenade Launcher (AGL) which utilises BMS.

To complete the Network Enabled Combat System illustration, Elbit Systems will feature a Command Post inside a Rhino Shelter.

Ultimately the collaborative display demonstrates the operational vision for the next step in the ADF digitisation journey.