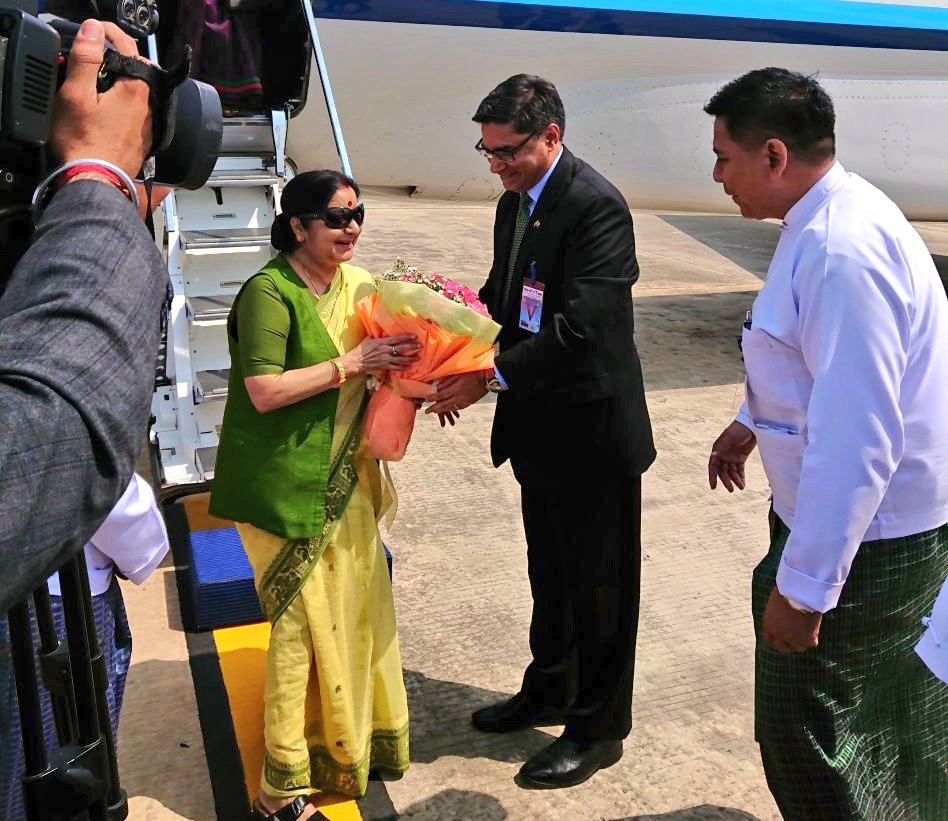 New Delhi. External Affairs Minister Sushma Swaraj visited Myanmar on May 10-11. During the visit, she called on H.E U Win Myint, President of the Republic of the Union of Myanmar and met H.E. Daw Aung San Suu Kyi, State Counsellor and Minister for Foreign Affairs. During the bilateral meetings, boundary and border related issues, peace & security matters, developments in the Rakhine State, including return of displaced persons, India’s development assistance to Myanmar, ongoing projects, and other issues of mutual interest were discussed. The Minister also met the Commander in Chief of the Myanmar Defence Services, Senior General Min Aung Hlaing, during the visit.

Seven Agreements/MOUs were signed during the visit. These included: (i) Agreement on Land Border Crossing, (ii) MoU on Restoration and Preservation of Earthquake Damaged Pagodas in Bagan, (iii) MoU on assistance to the Joint Ceasefire Monitoring Committee, (iv) MoU on Training of Myanmar Foreign Service Officers, (v) MoU on Setting up Industrial Training Centre (ITC) at Monywa, (vi) MoU on ITC at Thaton and (vii) Exchange of Letters on extending a maintenance contract for ITC Myingyan. 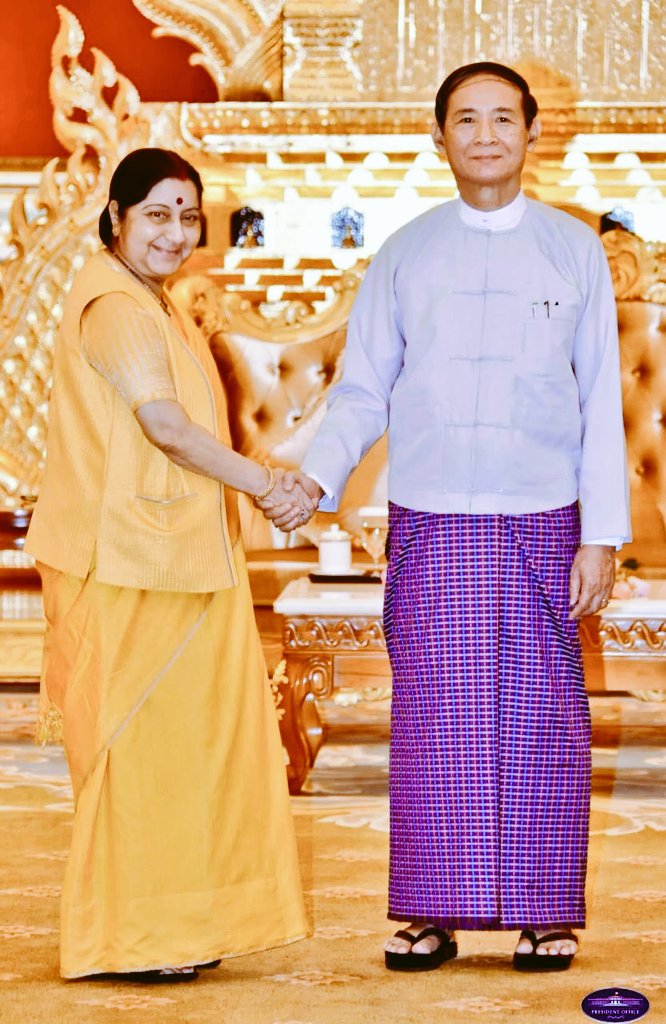 The Agreement on Land Border Crossing is a landmark in bilateral relations between the two countries as it will enable people from both countries to cross the land border with passport and visa, including for accessing health and education services, pilgrimage and tourism. The MoU on restoration of pagodas at Bagan underlines the enduring cultural and historical links between the two countries. The other MoUs on technical assistance and capacity building reflect India’s continuing support to Myanmar in accordance with this country’s own development plans and priorities.

The External Affairs Minister also reiterated India’s readiness and commitment to helping the Government of Myanmar (GOM) in addressing issues related to Rakhine State. She welcomed GOM’s continued commitment to implementing the Rakhine Advisory Commission’s recommendations and noted that, under the aegis of the bilateral Rakhine State Development Programme, India was already in the implementation stages of various projects that would respond to the needs of different sections of the Rakhine State population. The first major project is the construction of prefabricated housing in Rakhine State to meet the needs of displaced persons. The Minister also underlined the need for safe, speedy and sustainable return of displaced persons to Rakhine State.

The External Affairs Minister expressed her gratitude to the GOM for its hospitality and noted that the warm reception and the discussions underlined the exceptionally close and friendly relations between the two neighbouring countries.