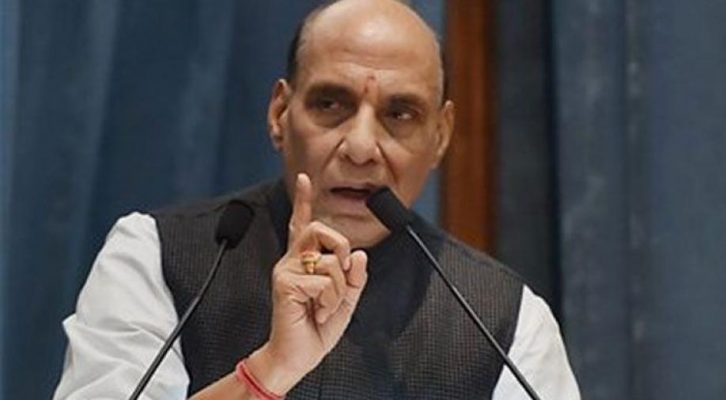 New Delhi: Taking a tough posture on the dispute with China at the Line of Actual Control (LAC) in Ladakh, Defence Minister Rajnath Singh told Parliament’s Upper House Rajya Sabha on September 17 that no power on earth can stop the Indian Army from patrolling. Responding to opposition questions on the Chinese stopping Indian soldiers from patrolling traditional posts, he said: “That is the reason for our ladai (fight) with China.”

In an extempore comment, Singh used the word “yuddh (war)”, the first senior minister to do so in any context related to the standoff with China in eastern Ladakh. “Starting a war is in our hands but where that ends is not in our hands,” he said.

But the Defence Minister added that he was “astonished at times” that peace was being compromised. “We are very different from before, still we are committed towards a peaceful resolution… I want to tell our 130 crore countrymen that we will not let the country down. Neither will we bow before anyone, nor is it our intention to make anyone bow before us,” he said.

The Minister also commented that what China said and what China did were very different. The Chinese engaged in provocative military manoeuvres on the night of 29th and 30th August while the two sides were engaged in diplomatic and military dialogue. Unki kathani aur karni alag hai (their words and actions are different),” he said.

The Defence Minister said he would not be able to share much more because these were sensitive operational issues. “I hope the House will understand the sensitivity of the matter,” he said. Rajya Sabha Chairperson Venkaiah Naidu urged the Minister to call select leaders for a separate meeting to address deeper issues and answer their questions.

Congress members asked the government to clarify the end-game strategy. “The government said it will do everything to protect sovereignty – what does it mean – you have to clarify. Is there status quo ante as on April,” asked Antony.

The former Defence Minister added: “Galwan Valley was never a disputed site. But even there our soldiers are not being allowed to patrol.”

Another Congress member, Anand Sharma, asked: “‘Will the status quo ante along the LAC be restored?”

Prasanna Acharya, a member of Odisha’s ruling BJD, warned the government to be guarded with China. “You cannot trust China. They have gone back on every agreement and the government must be careful while negotiating with the country,” he said.