In the backdrop of Covid-19 pandemic that has proved to be new age catastrophe for the global community both in terms of losing lives and adverse impact on economy of every nation, talks are on to take decisive action against China. The logic behind such thought is China being epicenter of the virus. There are also talks that China has not only concealed the matter from the international community but also used it as biological weapon. The Wuhan-based laboratory of China has been the cause of concern for the international community. Also, wet markets of various places in China have been the bone of contention for the global community for decades.

Deadly virus spreading from China is nothing new. However, this is true that Covid-19 is of larger intensity and magnitude considering earlier menaces came from China. This is the reason that important parleys of international politics want to corner China on these issues. Outwardly, the reason is: Covid-19 taking lives of more than 3,13,260 persons and infecting 4,721,848 people as per reports when I am writing this piece. The figure is increasing with every passing moment. United States tops the list of suffering nations followed by Spain, Russia, UK, Italy and France makes the point that all the permanent members of UN Security Council including China are the worst losufferers both in terms of total number of infection and mortality rate.

Similarly, other important consultations of global politics particularly the entire European Union have paid heavily for this. The pandemic has crushed economy of every nation. Naturally, US, UK, France, Russia, rest of the EU are under heavy domestic pressure both for dismal condition of public health and economy getting smashed because of this. Situation is of more concern in poll-bound United States. Naturally, popular perception among the people of Western countries is against the governments of the respective countries. This is why; some nations are uttering hyperboles against China.

Here the important point is: efforts made by the US administration and some countries of the European Union to convince India that it should take the lead role in the so-called mission against China. But should India join this mission against China? This is an important question for India despite the pandemic and related affairs testing the courage and patience of the Indians in this particular time. So also, there is a perception in India at least in certain section that this is a unique opportunity for India to show aggression against China.

Global community ratifying India’s role of leading mission against China is undoubtedly a new phenomenon. There is some logic behind the thought. After all, this shows global perception regarding India has changed to certain extent. But does it add to the exalted status of India; the image with which the present government of New Delhi and particularly Prime Minister Modi narrates and hypes on this to convince Indians? Indians have heard time and again from the Prime Minister that 21st century will be India’s century.

Prime Minister Modi in his address to the nation just few days ago announcing the fourth phase of lockdown mentioned this once again about India’s huge probabilities, potentialities and vibrant demography. However, whether or not, this matches the ground reality is a different debate. Point here that bears significance is India’s strategic loss or gain. But this is true to a certain extent that in the foreign policy frame-work of Prime Minister Modi, this is evident that his regime wants to present India if not contender of China but competitor of Beijing. There is nothing wrong in that. This is undeniable that India’s strategic mission and vision can never be fulfilled without a tougher stand against China. But does it ratify India being used by some other for the vested interests? This is what matters. 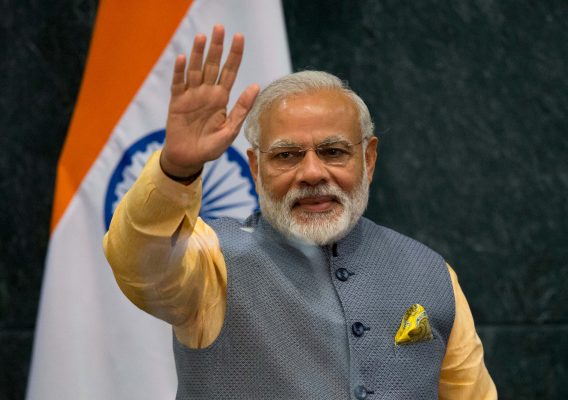 There may be much hypes regarding India’s present relationship with the important parleys of global politics particularly her relationship with the United States. However, this must not blur vision. One can never ignore the foreign and strategic policy initiatives harnessed so far by the United States. Americans or the European nations never played any effective role for India at the international forum regarding India’s legitimate concerns. Be the illegal occupation of substantial part of Kashmir by Pakistan and China, China’s illegal claim on certain parts of India, terror factory sabotaging India’s security interests, Pakistan’s moral and logistic support to anti-India elements, China-Pakistan nexus, the China-Pakistan Economic Corridor comprising the disputed region of Gilgit-Baltistan and others. India never got any support from the Western nations including United States.

“Americans or the European nations never played any effective role for India at the international forum regarding India’s legitimate concerns. Be the illegal occupation of substantial part of Kashmir by Pakistan and China, China’s illegal claim on certain parts of India, terror factory sabotaging India’s security interests, Pakistan’s moral and logistic support to anti-India elements, China-Pakistan nexus, the China-Pakistan Economic Corridor comprising the disputed region of Gilgit-Baltistan and others. India never got any support from the Western nations including United States.”

India can never forget the role played by these nations including the United Nations during the Chinese aggression of 1962. Significantly, at this point of time President Trump seems more in a rather adamant approach regarding this. Why does present US administration expecting this from India? One must see things beyond India supplying Hydroxychloroquine to the United States, Trump providing support to India and donating some medical ventilators. America as a large power and being the most important member of the UN Security Council helping some nations with medical equipment is expected. The efforts must be hailed.

But one should not forget that America has stopped funding World Health Organisation (WHO) alleging its Chinese connection. The US is helping those nations which may feed Washington’s strategic and regional aspirations. Fact is: beleaguered American President is feeling the heat of public outrage because of its utter failure in saving Americans from Corona pandemic. This will definitely affect domestic politics of the US during the upcoming Presidential elections. Sensing this, President Trump has adopted all those policies that may change popular perception regarding his party in the upcoming battle of ballots. There is enough reason to believe that at this hour of crisis, President Trump is expecting the support of Indian Americans, platform of which was made during the Howdy-Modi event.

Actually, US policy always maintains dualism of worst form. This time, it is no exception. On the one hand, Washington wants New Delhi to trigger guns pointing against Beijing, on the other it shows solidarity with China. The telephonic conversation between President Trump and Chinese President Xi Jinping focuses more light on this. In a media report this has been stated “President Trump and Chinese leader Xi Jinping discussed the global response to the novel Coronavirus in a phone call in which the two reportedly discussed easing tensions and pledged cooperation in the fight against the pandemic.”

The same report also tells “Xi also offered support to the US in controlling the disease, according to CCTV, but the report did not provide details. The Chinese leader also said he was willing to enhance macro-economic policy coordination with Washington to stabilise markets and shore up growth amid the pandemic, according to CCTV. At the G-20 video conference summit, leaders of the world’s major economies pledged on Thursday (May 14) a more than US$5 trillion infusion into the global economy aimed at staving off massive unemployment caused by the pandemic and to fund necessary health measures needed to contain it The G-20 is committed to do whatever it takes to overcome the pandemic.”

This is the worst example of American hypocrisy that has got exposed even at this hour of crisis. This is a wake-up call for India, which makes the point clear that New Delhi should not fall in the trap of Washington or any other nation. This is true that India has several points to be sorted out with China. But India’s China policy must be guided by its strategic interests. US and any other nation can be part of India’s China policy. But things should be framed on India’s term. India must not engage into hostility against China at this hour of crisis. There are provocations from China as well like the recent escalation along India-China border in Sikkim.

“India’s China policy must be guided by its strategic interests. US and any other nation can be part of India’s China policy. But things should be framed on India’s term. India must not engage into hostility against China at this hour of crisis. There are provocations from China as well like the recent escalation along India-China border in Sikkim.”

The more rational purview of India’s China policy gives priority to Chinese economic compulsion in Indian market. Under no circumstance, Beijing can afford to lose this. Thus, both American dependence on India against China and China’s need of Indian market should be converted into New Delhi’s strategic strengths. If global community perceives India as an alternative to China, this is a good sign. Let things get unfolded more in India’s strategic interests. After all, this provides both shield and arms to India. But for the time-being, it is better to wait and watch.

The author is a Guwahati-based strategic affairs analyst. The views expressed are of the author and do not necessarily reflect the views of Raksha Anirveda.