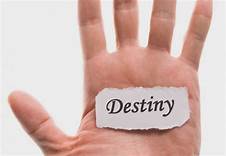 OUR DESTINY IS IN OUR HANDS

We are on our way to control our own destiny. As individuals, as a nation and as a people, each of us controls our destiny and it is in our hands to shape that destiny. That destiny could be fighting and overcoming the Virus or Freeing ourselves from an almost enslaving dependence on China for every little item in our houses.

Immunity and Reinfection.   A report from South Korea says that if you are once infected with the Virus, you cannot get re-infected again[1]. So there is immunity available. Good news. As to how long this immunity lasts will also evolve.

Asymptomatic Cases. The major worry now is that most cases coming up are now asymptomatic (80 to 98%)[2]. It is both good and bad news. It is good that we are catching cases early. It is bad that people do not know that they are infected and are carriers.  We need to be extremely cautious in our lifestyles. Individual protection is our terminal defense. We can ignore it at our own peril. Specially if you are in the high-risk category.

Herd Immunity. An analysis suggests that herd immunity in India will be at a very steep cost[3]. We do not know as to how long immunity lasts and we could be in a situation of being overwhelmed. Even with our young population and even if the mortality is as low as only 0.1% ; we might end up with 13.5 lakhs deaths! Herd Immunity? Out of question.

Vaccines and Medication.    A curative drug and vaccine for the Virus is still over the horizon. We have only social distancing, masks, disinfectant, soap, and hygiene to protect us. Use it or get infected. Truly clear alternatives. This message that we have no other alternative has not percolated to the bottom.

International Comparison. Our fatality and death rates remain incredibly low whether one compares it with either temperate nations or tropical nations. The charts given below cover the period from 05 Apr to 04 May. We are in fact doing well irrespective of the articles which keep coming in the western media about various negative aspects about how India is faring.

Wings on Fire. I carried out an in-depth comparison with our neighbors Pakistan, Bangladesh, and Mexico (which is a tropical country). The data is tabulated and analyzed below with India as the base.

To explain further, Pakistan’s population is 15.7% of Indian population. As of 04 May it had 20084 cases and India had 42533 cases.  In proportion to its population it should have had 6677 cases only. Seen from this perspective, Pakistan, in comparison to us, has three time the cases. The number of deaths is more than twice when seen in proportion. Bangladesh is slightly better off. Mexico is in a bad shape. However the details of Pakistan and Bangladesh were further compared with neighboring states in India. The results are tabulated below.

Cases in India. The status of cases in India as of today is in the graphic below. There is no doubt that the virus is spreading, and it will spread further. Let us prepare for that. However the death rate is low and most importantly the recoveries have started showing up. Most analysis is made on active cases since it gives a true picture of the status. Data is as of 04 May. The graphic below is self-explanatory.

Ascenders. The list of states where the Virus is ascending is tabulated below. 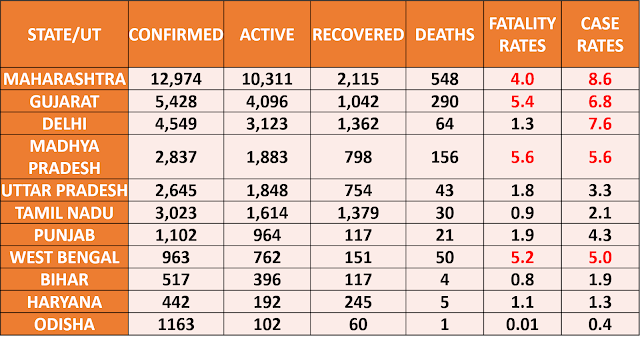 Descenders. The list of descender states and their graphs are given below. 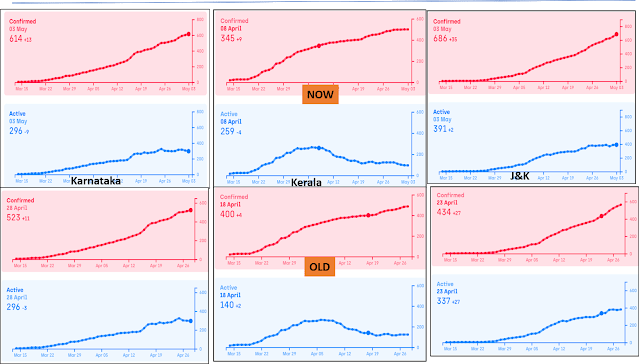 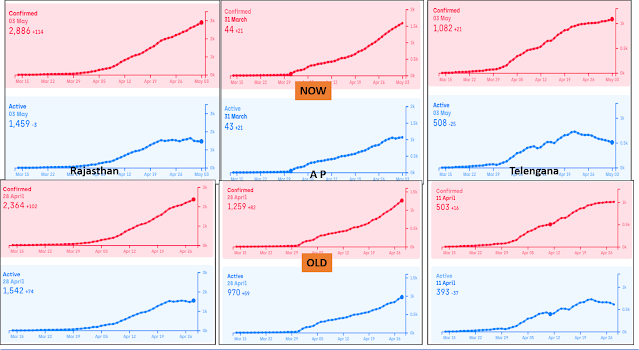 The old graphs are of last week and the new graphs of these states are given above.

Decliners. The states where the active cases are less than 100 are tabulated below. These states need to keep it that way. They should not let their vigil down. With effort they can keep a lid on affairs and get ahead with economic revival.

Recliners. The list of recliners where the number of cases is below 25 is tabulated below. These states must go all out to keep it that way and forge ahead with economic activity. 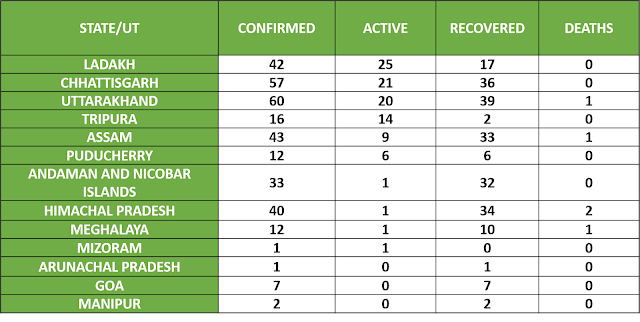 Overall Analysis. The situation is under control. The cases are bound to increase. There will be setbacks. Our cities will bear the brunt. We are well prepared for challenges ahead. They will be there. I would not worry about it but remain vigilant. If there is a sliver of worry, I would look at how to constantly increase individual consciousness and compliance with laid down advisories. Some strong disciplinary action if needed is ok.

Control Over Your Destiny

A couple of days back I saw a program in which US Governors of New York, New Jersey, Pennsylvania, Delaware, Connecticut, and Massachusetts participated and gave their views. It was narrated that at the height of the crisis, New York did not have masks and did not know how to get them from China. They had to request a businessman to send his private plane from USA to get masks from China, which happened. “At the height of a national crisis!” “USA had to use a private plane to get Masks from China?” “How ridiculous can it get?” “Why China?” “Why not get masks from within USA?” That is what Andrew Cuomo, the New York Governor remarked. These states are now forming a consortium to procure all health care equipment at reasonable prices based on renewed production of all these items and more from within USA. It also emerged that they had paid exorbitant prices to China to get hold of the equipment and had spent 5bn USD altogether. They had learnt their lesson. One of the Governors was clear. He said that hereafter they would be in control of their own destiny and will not leave their destinies in Chinese hands. Everyone concurred. I saw resolve. As part of the economic revival these states are going to move towards self-sufficiency. Others will follow suit. The issues I had highlighted in my earlier article The Chinese Checkers has started to happen.

All these leaders were only saying what our PM has said about the necessity of being self-sufficient. Why should we leave our destiny in Chinese hands? Are masks, PPE, ventilators, testing kits, disinfectants, and other material part of rocket science that we must get them from China? That too substandard stuff which does not work? Then argue with them? And then listen to their threats? Why are we not self sufficient in a crisis? Why not make laws to ensure that Chinese or foreign items are barred from those areas which are needed for national emergency and security? I think we should move towards self-sufficiency in a planned manner. Others are doing so. Why get left out? Just think. Even Ganesh idols are imported from China? They sell it to us and mock at us and hold us in derision! This is the same country which blocks terrorists from being designated by UN.  it indulges in nuclear proliferation with Pakistan. It uses Pakistan as a catspaw against us. It threatens us. It blocks our entry into the NSG. Where are our nationalists?   If we as Indians have even a wee bit of ‘Swabhimaan’ we should move as a nation towards ‘Atma Nirbharta’. I am not speaking as a bigot but as an Army Officer who has served the nation for four decades with pride. Every time I see a cheap Chinese item on sale in our shops I cringe. I do hope we have finally learned our lesson that all cheap Chinese items come with a costly virus. Best avoided.