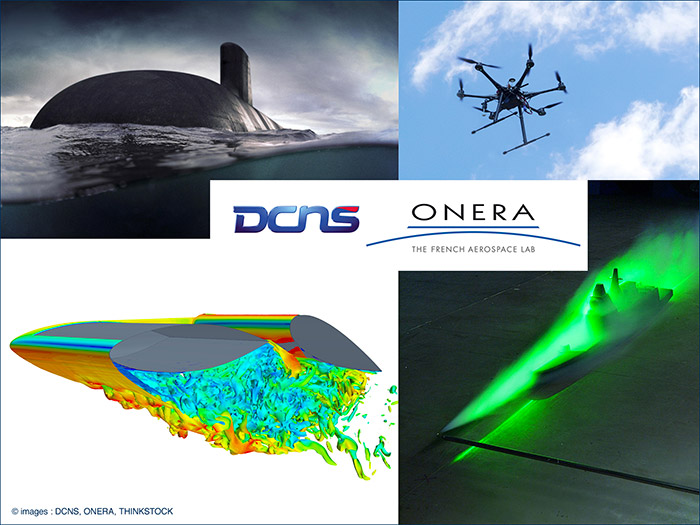 Following on from the agreement signed in May 2016, Naval Group and ONERA have decided to strengthen their cooperation in the area of ​​developing the controlled decision-making autonomy of naval drones. Recent developments have been incorporated into the Remorina surface drone, developed by Naval Group with its subsidiary Sirehna, and successfully tested during an experiment that took place during the Naval Innovation Days on May 22 in Lorient.

Naval Group has been working for several years on the integration of rotary wing aerial drones for surface vessels. Naval Group has significant experience and unique expertise in Europe that already allows it to integrate these autonomous vehicles to any type of armed ships.

The development of surface naval drones and undersea drones and their integration into naval systems is another step that Naval Group wishes to take in order to provide its customers with extended operational capabilities. Naval Group has therefore been working for several years on the autonomous decision-making autonomy of the autonomous systems and this partnership with ONERA constitutes a real opportunity to have very quickly the first technological bricks that can be integrated into Naval Group drones and test equipment.

The research on drones at ONERA aims to provide technical solutions to remove existing technological locks and distributed decision-making autonomy between operators, software centers and drone software is one of the main focus of ongoing studies on drones. Work in progress is therefore aimed at establishing a technological roadmap for the development of a controlled decision autonomy architecture for surface and submarine naval drones while looking at the possible declination on aerial drones.

Jean-Michel Orozco, Director of Mission Systems and UAVs says: “Naval drones are of major operational interest and can be seen in the future as multipliers of military supremacy and the effectiveness of naval actions. This agreement with ONERA will contribute to the development of the autonomous navigational technology bricks of these naval drones and their implementation in order to offer our customers the new operational capabilities of tomorrow.”

“Naval drones are of major operational interest and can be seen in the future as multipliers of military supremacy and the effectiveness of naval actions. This agreement with ONERA will contribute to the development of the autonomous navigational technology bricks of these naval drones and their implementation in order to offer our customers the new operational capabilities of tomorrow”

Thierry Michal, General Technical Director of ONERA declares: “Research on drones at ONERA is developing on a very broad spectrum. ONERA is carrying out a set of works for cooperative and adaptive terrestrial, airborne, maritime and / or space systems that can respond to a wide range of mission scenarios taking place in controlled and complex environments. ONERA scientists are thus making available to the defense industry, and in particular Naval Group, their skills to prepare breakthrough innovations. ”

From theory to practice: integration of a technological brick on a surface drone

Naval Group and ONERA, together with SIRHENA and the SME DRONEVOLT, carried out on May 22 in Lorient a demonstration of the autonomous operation of the Remorina surface drone of SIRHENA, the R & T subsidiary of Naval Group.

The operational scenario implemented was based on the dynamic replanning of a maritime surveillance and zone protection patrol confronted with unforeseen events. It has shown the operational interest of a surface drone in an operation of this type with optimization of the duration and coverage of the area to be monitored.

This integration of ONERA algorithms into Naval Group’s surface drone architecture highlights the transition from theory to practice and reinforces the cooperation synergies between Naval Group and ONERA.

This participation is the logical continuation of the work already done by ONERA for Naval Group since the signing of the initial agreement in 2016.