The Incursions and Galwan: The unprecedented pre-meditated violence at Galwan on June 15 by Chinese troops shattered a 45 year-long ‘Peace and Tranquility’ along the India China Border, thus changing the very dynamics of not only managing the Line of Actual Control (LAC) but the growing trust and relations between the two Asian giants. The situation continues to remain sensitive as both countries build up their military power along the border, again a first after 1962, defending their respective positions and narratives.

The incursions unlike the previous ones at Depsang in 2013, Chumar in 2014, and Doklam in 2017 were more in scope, depth, and intensity, indicating that China was there to stay. At Nakula and Pangang Tso the Indian army stood their ground leading to pushing, shoving, and stone-pelting, though not common, but does happen when the two sides stand firm defending their positions. The positives were that the talks both at the military and diplomatic levels were candid and cordial, resulting in an agreed-upon disengagement starting at Galwan between the two top commanders on June 6. The preplanned violent incident on June 15 at Galwan resulted in the death of 20 Indian soldiers including Colonel Babu the commanding officer. It has also been reported that the PLA suffered 43 fatalities, though it is not a balance sheet but goes on to show the sheer ferocity of the violence where not a single shot was fired. The incident and the ongoing build-up have been detailed in many reports. As war clouds gather over the high Himalayas, it is important to decode the cause of the incursions, Chinese intent, and strategy as also India’s options and way forward. 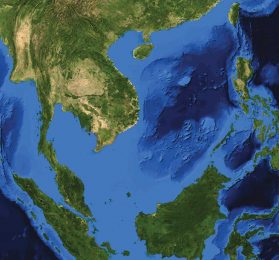 China is practicing its tried and tested military coercion to impose its will on most of the 27 neighbours. India is now a primary target. Chinese forces are not only demonstrating an unprecedented aggressiveness along the India- China LAC, but also in the South China Sea, Taiwan, Korea, East Sea, Vietnam, Philippines, Indonesia and Malaysia. India will need to discern China’s intent and the larger strategic signals emanating from Beijing, in the geopolitical domain. As is a common belief China’s aggressiveness is definitely not on account of India operationalising the Darbuk – Shyok – DBO road and thus posing a threat to Karakoram pass. China would not have waited all these years for the road to be completed, it would have done so earlier. The One Belt One Road / Belt and Road Initiative (BRI) is a China dream, India is the only major country, which has not supported the BRI, but openly opposed it. China has invested heavily in BRI and hence is trying to coerce India into accepting the BRI or at best not opposing it. The China Pakistan Economic Corridor (CPEC), is central to the China dream of One Belt One Road. China has invested nearly US$62 billion in the project. At the strategic level the CPEC gives China access to Gwadar Port which has been leased to China for forty years, and mitigates its ‘Malacca Dilemma’. The CPEC passes through the Indian territories occupied by Pakistan. India demonstrating a political will abrogated the provisions of Article 370 as applicable to J&K on August 5, 2019, carving out two Union territories of J&K and Ladakh from the erstwhile state, rightly seeking full control of its territories occupied by Pakistan. This perceived threat to the CPEC is not acceptable to China, and hence the direct pressure on the LAC. The call to also liberate 38000 sq Km of Aksai Chin, the Chinese occupied territory of Ladakh is another factor for China’s aggressive behaviour.

Another major factor is the made in China Corona Virus. COVID-19 has directly impacted the emerging world order, which is likely to witness a shift of power from the West to the East. The global architecture will witness major shifts as US now openly rebalances and redeploys the forces to counter future threats emanating from China. China loses its leverages as it is believed to have caused the pandemic, it will like to keep India away from the US and the West. India will be a global leader and a balancing power in the post-COVID-19 emerging world order. China will need Indian support to fight the world community for the havoc it has unleashed, what surer way than to indulge in military coercion to pressurise India not to align with the US. A number of industries and companies are moving out of China and India is a preferred destination, however, in case of a security threat, these companies are not likely to invest and relocate to India. China has hence created a security situation to discourage the Companies to move out.

China’s PLA practices the “Three Warfare Strategy” of public opinion warfare, psychological warfare, and legal warfare. In addition, China is also practicing a three-pronged strategy at the Geopolitical level, this being ‘Debt Trap’, ‘Wolf Diplomacy” and seeking a bipolar world order. It is essential for the militaries, sinologists, and strategists to understand China’s “Three Warfare” strategy and the Geopolitical end game to be able to discern Beijing’s intentions and objectives.

China respects strength and India needs to openly demonstrate its strength, especially military prowess and intent to use as a last resort. India should also look at diplomacy, creating a dilemma for China, “Bind To Balance” with like-minded nations, without impinging on our strategic autonomy. Quad is one good option. The impact of economic leverages though limited in the near term is an effective tool in the long term. China has only succeeded in alienating over 600 mn Indian youth who will remember China’s treachery at Galwan for the rest of the century. This is unfortunate as the 1962 generation was fading and there was developing a new relationship and trust among the two people.

Militarily, India will have to seek ‘Peace through Preparedness’ and keep its powder dry. For far too long China has always been considered a long term threat, this has now changed as China knocks at our doorstep. India will need to invest in military capabilities to deter China’s aggressiveness. There is a need to revisit the Mountain Strike corps sanctioned in July 2017, but not supported with financial allocations. In addition, Armed forces need to look inwards and carry out strategic rebalancing from West to East. The defence budget will always be inadequate on account of competing priorities at the national level. India will also do well, to invest in the strategically important Andaman & Nicobar Islands, as they provide a viable counter pressure point as a threat in being. India should also seriously look at the way forward in ensuring self-reliance in defence manufacturing. A major nation like India cannot be seen running around the world with emergent demands every time there is a crisis. India and the military need to enhance the Intelligence, Surveillance and Reconnaissance (ISR) capabilities replicating the Chinese three R model (Roads, Radars, and Reserves) for effective LAC management. The LAC is managed jointly both by the Army and ITBP, leading to two channels of reporting and issues of accountability. This dual command and control structure leads to conflicting directions and guidelines emanating from the two controlling ministries i.e. MHA and MOD and intermediary headquarters. This needs immediate correction with ITBP placed under the operational control of Army as per the Group of Ministers recommendation of “One Border One Force.” 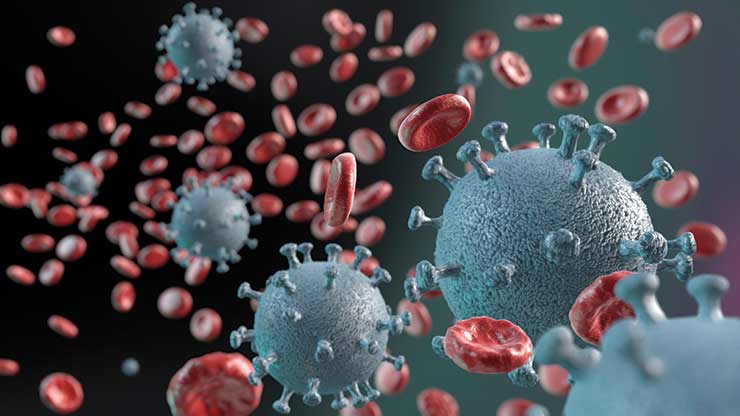 China would have been surprised by the resolute and resilient response of the Indian army all along the LAC as the military ensured an equal and proportional build up matching the PLA. The response at Galwan by the gallant soldiers would have necessitated a rethink in the PLA tactics, as also India openly declaring a review of the rules of engagement empowering the army. The Indian build-up now matches the PLA demonstrating a resolve to safeguard its territorial integrity at all costs. China will do well to understand the resilience of a risen, responsible, resurgent, and resolute India.

– The author is former DGMO and Director, CENJOWS.