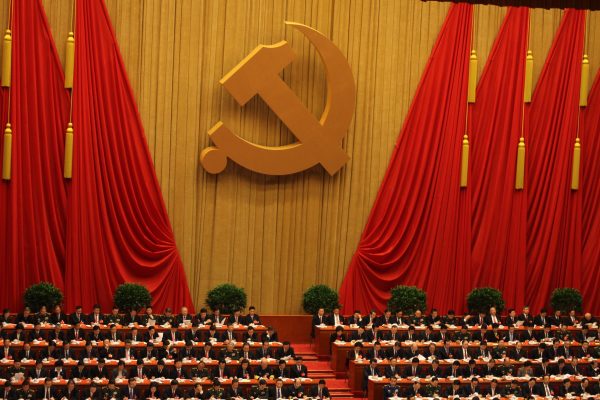 Global Times, the newspaper run by Chinese Communist Party (CCP), recently threatened that “If India wants to engage in competition, China has more tools and capability than India. If India would like a military showdown, the PLA is bound to make the Indian Army suffer much more severe losses than it did in 1962.” The paper painted a gloomy picture of Indian economy and claimed that although United States is supporting India, it will not come for its rescue. Though the editorial was for the consumption of Chinese locals, it mentioned more than once that China welcomes peace with India.

The China watchers claim that at present President Xi Jinping is facing opposition in Communist Party as well as there is a lot of resentment in the public. The public is facing food shortage and there is also deficiency of essential commodities. The unemployment has risen to unprecedented level and the academics, intelligentsias and literary people are unhappy because of imposition of one-man rule in the country.

The image of China is also deteriorated in international arena and several countries in the world are opposing the aggressive policies of Xi Jinping. A Chinese think tank also mentioned that the image of China is declining, and anti-China feelings have increased in the world. Several countries including Taiwan, Australia, Japan and Vietnam are either challenging China or working against Chinese interests. US President Trump not only issued several statements against China but also put several trade restrictions and closed a Chinese Consulate at Houston. The United Kingdom put restrictions on Huawei telecommunication equipment, and India also banned 59 Chinese apps as well as put restrictions on Chinese companies for taking contracts in India.

In the latest incident of skirmish at Line of Actual Control (LAC) in eastern Ladakh, China attacked India firstly to divert the attention of Chinese public and secondly to show the world at large that China is a powerful country by humiliating India. In 1962 also, Mao Zedong, Chairman of Communist Party of China was facing resentment at internal as well as external fronts, attacked India captured some Indian territory and returned back after mortifying India.

But here President Xi Jinping underestimated the capabilities and resolve of India as New Delhi has reinforced its defence capabilities and also built strategic roads, bridges and other infrastructure on the borders. As China became offensive at multiple areas, several countries including US, Vietnam, Japan, Taiwan, Australia supported India. France expedited the delivery of Rafale fighter jets and Russia also agreed for early delivery of S-400 missile system.

The leadership of People’s Liberation Army (PLA) including Jinping are aware of the weaknesses of PLA and the strength and commitment of Indian defence forces. Indian Army may lack the latest armaments but has experience of mountain warfare and is much ahead of PLA in chivalry, gallantry and courage

The leadership of People’s Liberation Army (PLA) including Jinping are aware of the weaknesses of PLA and the strength and commitment of Indian defence forces. Indian Army may lack the latest armaments but has experience of mountain warfare and is much ahead of PLA in chivalry, gallantry and courage. Indian Army is a regular army while the soldiers are conscripted in Chinese army. They are forced to join army for about five years and then they go back to their easy civil life. Hence, they do not fight whole heartedly. It can be seen in the fight in Galwan valley in which 20 Indian soldiers including the brave Commanding Officer were martyred but before their supreme sacrifice they killed approximately 100 Chinese officers and soldiers. China, however, did not release the figure of casualties because of resentment in PLA and within the country. 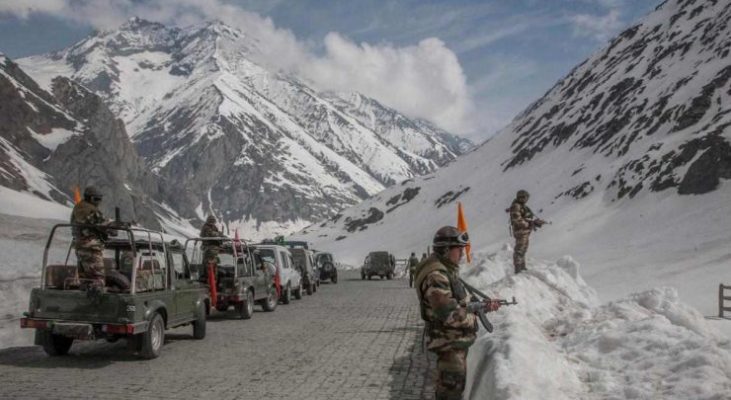 The life of army men is difficult; they not only undergo a rigorous training but are also posted at inhospitable terrain. The Chinese youth because of one-child norm, material comforts, economic growth and prosperity became easy-going hence they are not ready to fight or die for the nation. On the night of August 29/30 Indian Army captured few hilltops which are strategically important while Chinese army suffered casualties and had to abandon these posts. Chinese leadership is aware of the weaknesses of PLA hence they signed agreements with India for non-use of weapons on the borders.

On September 10, Indian external affairs Minister S. Jaishankar met Chinese state councillor Wang Yi on the side-lines of Shanghai Cooperation Organisation (SCO) in Moscow. The meeting chalked out a five points programme to deescalate the tension between both the countries. The meeting was held in view of the worsening situation which led to the exchange of bullets on September 7 between troops of both the countries after about 45 years. Post the conclusion of the meeting between both the foreign ministers, China took the lead to issue the press release, but it did not elaborate the five points agreed during the meeting.

The Indian “joint statement” mentioned all five points. It stated that “the two foreign ministers agreed that the current situation in the border areas is not in the interest of either side. They agreed therefore that the border troops of both sides should continue their dialogue, quickly disengage, maintain proper distance and ease tensions.” The joint statement also declared that “the two ministers agreed that both sides shall abide by all the existing agreements and protocol on China-India boundary affairs, maintain peace and tranquillity in the border areas and avoid any action that could escalate matters.”

Beijing, which has already built infrastructure in the border region, opposes India’s development of roads, bridges and other infrastructure in the areas abutting India-China borders. China has also not liked India’s repeal of Article 370 from Jammu and Kashmir and lifting the semi-autonomous status of Ladakh

Both the ministers agreed “to continue to have dialogue and communication through the Special Representative mechanism on the India-China boundary question. They also agreed in this context that the Working Mechanism for Consultation and Coordination on India-China border affairs (WMCC) should also continue its meetings.” It was also decided that once situation eases new Confidence Building Measures (CBMs) would be concluded so that peace and tranquillity is restored in the border areas. Chinese even after their promise to deescalate never adhered to the same, and continuously keep enhancing their deployments. Hence India may adopt the policy of wait and watch and constantly monitor Chinese moves and continue strengthening its forces in the border areas.

China which is an expansionist country claims 90,000 square kilometres of Indian territory including Arunachal Pradesh. China has already occupied 38,000 square kilometres of Indian territory in Aksai Chin area which is part of Kashmir. Besides border dispute there are also economic competition between both the countries. New Delhi is trying its best for US and European companies transfer their manufacturing units in India as labour cost in China is increasing and Chinese relations with several countries are worsening. The growing India U.S. relationship is also viewed by China as an alliance against it. Beijing, which has already built infrastructure in the border region, opposes India’s development of roads, bridges and other infrastructure in the areas abutting India-China borders. China has also not liked India’s repeal of Article 370 from Jammu and Kashmir and lifting the semi-autonomous status of Ladakh.

China has adopted the strategy of ‘salami slicing’ which means that China will take series of aggressions and after every attack it will retreat but not from all occupied territory. In this way after every aggression it will enhance its territory slowly but steadily. Hence India must be cautious and should insist that PLA forces must retreat completely and not agree to “meet each other halfway”. As under the policy of ‘salami slicing’ China will occupy 10 miles and will retreat five miles and will gain five miles in every aggression.

At present China has limited options it cannot go for a full-scale war by using long range artillery as in that case India will also retaliate and few other countries which have animosity with China may help India overtly or covertly. Chinese economic condition is also precarious, and India may start assisting Tibet and Xinjiang nationalist movements diplomatically. India may also abandon the policy of One China and may enhance its relations with Taiwan.

The other option for Beijing is to negotiate with India and withdraw its forces honourably as Jinping has to show his countrymen that China emerged victorious. It is the reason that China is negotiating at all levels. There were negotiations at brigade commander and corps commander level, telephonic conversations between foreign ministers and National Security Advisors (NSA). Few days ago defence ministers and foreign ministers of both the countries also negotiated at Moscow. In all the meetings Chinese promised to withdraw but never fulfilled their promises.

Currently China is in a difficult situation as its forces cannot retreat without any perceptible gain as it will further damage the image of president Xi Jinping. Indian forces are not only giving tough fight but insisting that PLA must return to April position. Indian forces also cannot give any concession to PLA as it will downgrade the strong image of Prime Minister Narendra Modi. China cannot afford an all-out war hence it may opt either for a long standoff or a limited war to retain its position of superior power. It may also try to persuade Pakistan to attack India and Islamabad which wants to take revenge from New Delhi of the dissection of 1971 may agree to help its all-weather friend. Pakistan will also try to instruct its agents in Kashmir to disturb the law and order situation. Hence India must prepare for limited war with its two neighbours and disturbances in Kashmir.

At present Indian economy is also going down because of Coronavirus pandemic hence India should also try to solve the issue amicably.

-Jai Kumar Verma is a New Delhi-based strategic analyst and a retired senior intelligence officer. He is also a member of USI and MP-IDSA. The views expressed in the article are solely of the author and do not necessarily reflect the views of Raksha Anirveda