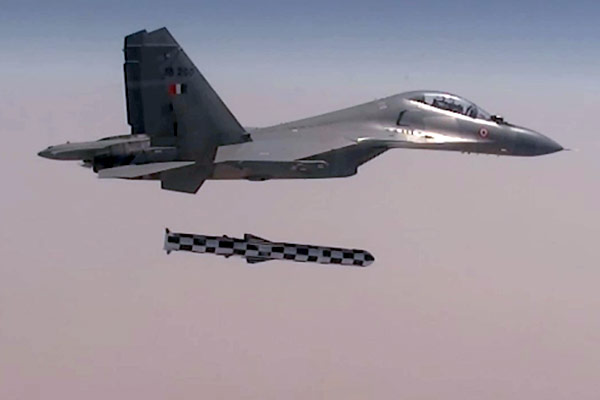 New Delhi. BRAHMOS, the world’s fastest supersonic cruise missile created history on November 22, 2017 after it was successfully flight-tested first time from the Indian Air Force’s (IAF) frontline fighter aircraft Sukhoi-30 MKI against a sea based target in the Bay of Bengal. The missile was gravity dropped from the Su-30 from fuselage, and the two stage missile’s engine fired up and straightway propelled towards the intended target at the sea in Bay of Bengal. 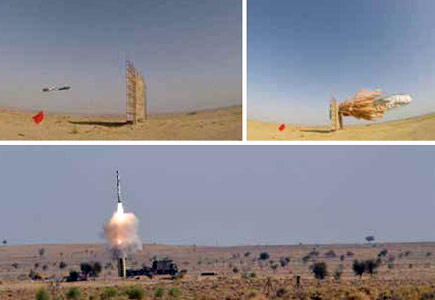 The range of the missile, an Indo-Russia joint venture, can be extended up to 400 km as certain technical restrictions were lifted after India became a full member of the Missile Technology Control Regime (MTCR) last year.

BRAHMOS is a joint venture between DRDO of India and NPO Mashinostroyenia (NPOM) of Russia.

BRAHMOS missile is the heaviest weapon to be deployed on India’s Su-30 fighter aircraft.

Work has already begun to integrate BRAHMOS on 40 Sukhoi combat aircraft which is expected to fulfil the critical needs of the Indian Air Force (IAF) in the wake of evolving security dynamics in the region.

BRAHMOS, the world-class weapon with multi-platform, multi-mission role is now capable of being launched from Land, Sea and Air, completing the tactical cruise missile triad for India. Brahmos is a joint venture between DRDO of India and NPOM of Russia.