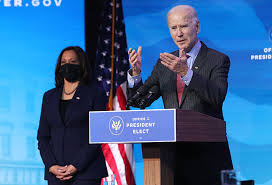 US President-elect Joe Biden’s nominee for US National Security Advisor, Jake Sullivan, recently outlined the worldview of the incoming administration. In a televised interview, Sullivan claimed, Biden will have a “clear-eyed strategy” based on the understanding that China is “a serious strategic competitor.” A couple of days earlier, Biden had invoked the incumbent Donald Trump administration’s “Indo-Pacific” nomenclature to affirm his commitment to “ensuring security and prosperity” of the region and vowed to hold “China’s government accountable for its abuses on trade, technology, human rights, and other fronts.”

However, these pronouncements followed a period of serious consternation regarding Biden’s intent to practice continuity of the Trump administration’s policy of confronting China in multiple domains and concurrently consolidating America’s place in the Indo-Pacific region.

With the Indo-Pacific strategy, Trump built on his predecessor, Barack Obama’s ‘Pivot to Asia’ (subsequently renamed ‘Rebalance to Asia’) policy to assert the US as a “Pacific power”. Furthermore, with the Indo-Pacific construct, Trump accorded policy heft to the US security establishment’s long-standing view on interlinking the destinies of the Indian and Pacific Oceans.

In evident contrast to his ‘America First’ abhorrence for Washington underwriting the security of its partner nations, Trump also followed through on Obama-era priorities. With Japan, the Trump administration reaffirmed that the US-Japan security alliance’s purview also extends over the contested Senkaku islands. With Australia, the Trump administration oversaw the actualisation of the Obama-era goal to hone a 2,500-strong US Marine Rotational Force at Darwin. Trump also oversaw the return of the Philippines into the US’ ‘hub & spokes’ network of alliances, with Manila reneging on its decision to terminate the Visiting Forces Agreement with Washington.

Thus, during the 2020 presidential campaign, as Biden presented a restorationist foreign policy agenda based on rekindling “our historic partnerships”, the Indo-Pacific seemed like a domain where there would be little daylight between Trump’s record and Biden’s proposition. Moreover, during the campaign, Biden also signalled continuity with his repeated invocation of the “Indo-Pacific” nomenclature.

During the 2020 presidential campaign, as Biden presented a restorationist foreign policy agenda based on rekindling “our historic partnerships”, the Indo-Pacific seemed like a domain where there would be little daylight between Trump’s record and Biden’s proposition

Following the election, however, Biden seemingly tweaked Trump’s normative aim of cultivating a “free and open” Indo-Pacific, to emphasise the “maintaining” of a “secure and prosperous” Indo-Pacific. Subsequently, with his national security cabinet nominations, Biden barely mentioned the threat posed by China and his nominee for US Secretary of Defence even returned to using the Asia-Pacific moniker. This only fed speculation over Biden looking to return to a conciliatory approach towards China by gradually putting out to pasture the strategic construct of the Indo-Pacific. The Chinese view the same as a means by which the United States “has sought to divide the region, promote an anti-China alliance, and create a geopolitical climate in which all countries in the region must take sides.”

However, it would be difficult to imagine that Biden would entirely jettison the Indo-Pacific construct. With respect to nomenclature, for instance, barring a few minor tweaks to indicate Biden’s own imprint, it is unlikely that his administration would reverse Trump’s 2018 decision to rechristen the Hawaii-based US Pacific Command to the US Indo-Pacific Command. Similarly, from an organisational standpoint, it is also unlikely that the Biden administration would reverse Trump’s administrative restructuring. For instance, the Office of the Secretary of Defence now hosts a reorganised policy department which groups “allies and partners— Indo-Pacific maritime rim and island states—together in one component office, and China in another.”

Finally, on the policy level, Biden could face external pressure from regional powers that have subscribed to the Indo-Pacific construct over the past few years. After all, the Trump administration has set the precedent of the US bolstering regional powers through increased burden-sharing—both in terms of material resources and vocalising their own political positions with regards to China’s rise.

Over the past four years, this has manifested in myriad ways: The emergence of exclusive mini-laterals amongst Indo-Pacific powers (e.g. the forthcoming India-Japan-Australia supply chain initiative) and even with other external powers (e.g. the fast developing Paris-Delhi-Canberra partnership); regional powers like Australia taking the lead against Chinese telecommunications carriers and in demanding greater transparency on Beijing’s handling of the coronavirus outbreak; and finally, ASEAN shedding its hedging impulses to assert its “centrality” in the Indo-Pacific construct.

To countries in the Indo-Pacific and particularly Southeast Asia, there appears to be two broad schools of opinion regarding US policy in the region. The first deems that the region suffered a setback during the Trump administration and a reset is more likely under the Biden presidency. The second is more cautious about placing its bets on the latter. This is primarily due to apprehensions that Biden may adopt a lukewarm approach towards China which in turn could require a more calibrated stance by littorals in the region—some of whom had become more vocal about China’s assertions over the last couple of years.

To countries in the Indo-Pacific and particularly Southeast Asia, there appears to be two broad schools of opinion regarding US policy in the region. The first deems that the region suffered a setback during the Trump administration and a reset is more likely under the Biden presidency. The second is more cautious about placing its bets on the latter

A more plausible scenario is, perhaps, one where US involvement in the region would range across a spectrum rather than taking a definitive hard or soft approach. Hence, regional actors in the Indo-Pacific would seek to, on the one hand, deepen networks with middle powers and on the other, strengthen institutional frameworks—the most vital being ASEAN. Unlike the ambivalence and reluctance which typically characterised the organisation even a couple of years ago, ASEAN over the past year has signalled its intent to maintain what it perceives as its “centrality” in the Indo-Pacific. This comes in the wake of rising involvement of extra-regional powers in ASEAN’S backyard and has been a welcome development especially for the smaller littorals who have for years been at the receiving end of an asymmetrical power equation with Beijing.

Simultaneously, middle powers like India and Australia have also assumed stronger postures with regards to the uninhibited expansion of Beijing’s tentacles across the length and breadth of the region. Together with Tokyo, New Delhi and Canberra appear to be well-positioned to root for a stable and secure Indo-Pacific, and thereby offer the smaller countries a viable alternative to a security partnership with the US.

President Trump helped bolster the strategic climate in this region to the extent that while Biden may seek to balance with China, he will not be able to do so in all domains. For instance, owing to Trump’s record with Freedom of Navigations operations, Beijing’s assertions in the South China Sea will demand an unequivocal response from the US. Moreover, over the past few years, regional actors have also banded together to conduct their own drills in the Strait of Malacca and the surrounding waters.

Furthermore, the fact that there have been attempts towards ‘Quad-Plus’ engagements with South Korea, Vietnam, New Zealand, Philippines, Singapore, etc, is testament to the growing security, and more importantly, intra-region interactions. Meanwhile, the varying degrees of setback for democracy and human rights which took place in countries like Thailand, Myanmar and the Philippines over the past few years would likely invite Biden’s prime attention. Not to mention, his heightened focus on non-traditional security issues such as health and climate action.

With respect to economic alliances, the US is widely believed to have disrupted the economic balance of the Indo-Pacific. The zero-sum terms of the US-China trade standoff has significantly complicated regional dynamics, especially since China is the principal commercial partner to most countries in Southeast Asia. Indeed, the finalisation of the The Regional Comprehensive Economic Partnership (RCEP) is a step towards the reduction of trade costs and a means for pooling regional strength in agriculture, manufacturing, and technology.

While China views the RCEP as a counterweight to Washington’s economic presence by offering a Chinese model and a Chinese solution, Beijing’s weight will not become overwhelming if ASEAN maintains a prominent role alongside Japan and Australia under RCEP. A renegotiation of the Comprehensive and Progressive Agreement for Trans-Pacific Partnership (CPTPP) to include Washington could also be on the cards particularly if Biden seeks to regain a degree of foothold in the region’s economic integration. However, that will prove to be difficult at best.

The Indo-Pacific is set to become a region that is perhaps finally coming into its own and will witness greater intra-region collaboration.

Going forward, while the US’ rhetoric could increase, owing to Biden’s focus on non-traditional threats and human rights issues, regional powers will assume prominence on security and economic matters. Hence, the Indo-Pacific is set to become a region that is perhaps finally coming into its own and will witness greater intra-region collaboration.

-The author is a Fellow at ORF’s Mumbai Centre. His area of interest includes US-India bilateral ties and US Foreign Policy in the Indo-Pacific, and the co-author is an Associate Fellow at ORF, Kolkata. Views expressed are of the author (s) and do not necessarily reflect the views of Raksha Anirveda