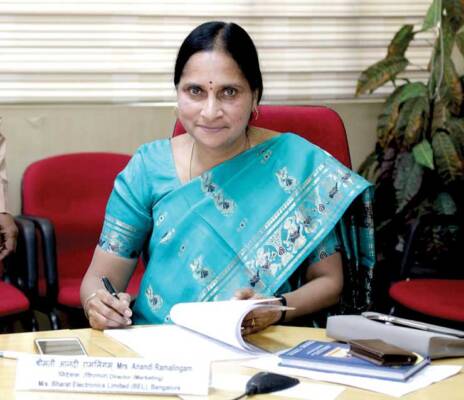 Anandi Ramalingam is the Director (Marketing) of Defence Public Sector Undertaking (DPSU) Bharat Electronics Limited (BEL). Before her elevation to the current position, she was General Manager (Milcom) at BEL-Bengaluru. Mrs Ramalingam joined BEL-Bangalore in March 1985 after completing her BE in Electronics and Communication Engineering from the PSG College of Technology, Coimbatore. She was awarded the Executive Excellence Award.

In a candid conversation with Raksha Anirveda, Mrs Ramalingam spoke at length on plans to increase BEL’s global presence. Excerpts:

What are your plans on increasing BEL’s exports? How do you plan to increase your global presence?
BEL is fast expanding its global presence, putting its best foot forward to give a thrust to exports worldwide. All-out efforts are being made to tap new markets across the globe. In a bid to develop new markets in the Indian Ocean Region (IOR), BEL has operationalised overseas marketing offices in Oman, Vietnam, Sri Lanka and Myanmar. BEL has expanded its Singapore and New York Regional Offices to handle marketing activities. BEL is also thinking of establishing similar offices in Nigeria, Brazil, Armenia and Kazakhstan.

The Government is encouraging defence exports through many policy initiatives and has set a target of Rs 35,000 crores by 2024-25. BEL has identified Exports and Offsets as one of its thrust areas and has drawn up plans to offer its select products and systems to various export markets. The Company has put in efforts for increasing its business opportunities in South East Asia, Europe, West Asia, Africa and North America through constant engagement with customers and is also working closely with other Indian companies and local partners in the respective countries as part of maximising its geo-strategic reach and increase its global footprint.

Some of the other products and systems which are being promoted for exports include Homeland Security solutions, Smart City solutions, Border Protection systems and Coastal Surveillance System. Having established a Coastal Surveillance System (CSS) for a few neighbouring countries, BEL is interacting with Ministry of External Affairs (MEA) for supply of CSS to other friendly countries.

How do you plan to tap the Offset clause for exports?
BEL is also focusing on Offset as a potential avenue for revenue generation. BEL is interacting with many foreign OEMs to meet Offset obligations in various RFPs of the MoD, on account of the Offset policy incorporated in the Defence Procurement Procedure (DPP). BEL has identified contract manufacturing (build to print and build to spec) for foreign OEMs and partnerships in the form of Transfer of Technology of the latest systems and solutions as areas of emerging export opportunities. Efforts are also on to establish long term supply chain relationship with global players.

How is your Company gearing up to realise the Government’s Atmanirbhar initiative?
Defence has been identified as a core sector to boost the Make in India vision of achieving US$5 billion Exports. Major initiatives by BEL towards Make in India/Atmanirbhar Bharat include strong thrust on R&D, Collaborative R&D, Defence Innovation Organisation incorporated by BEL and HAL to create an ecosystem to foster innovation, and technology development in Defence by engaging R&D institutes, academia, industries, start-ups and individual innovators. To promote the Make in India initiative, BEL has established Make in India Display Cells, appointed Nodal Officers for Outsourcing & Vendor Development in all its Units and updated its policies and procedures. BEL has implemented the Make-II Policy of GoI and issued several EoIs to Indian vendors. The Company has been putting in efforts to create a strong vendor base in India and has currently more than 21,000 vendors including domestic vendors and MSMEs. BEL is extending its Test facilities for use to private industries.

BEL is pursing development/ production opportunities with DRDO under DPP model for various indigenous development/production programmes. The Company has entered into partnerships / strategic alliances with foreign OEMs as well as major Indian industries to address large and strategic programme requirements, leveraging its complimentary capabilities and assuming the role of a Lead integrator / Tier-1 partner for indigenous manufacturing. BEL is constantly exploring possibilities of forging JV Partnerships. 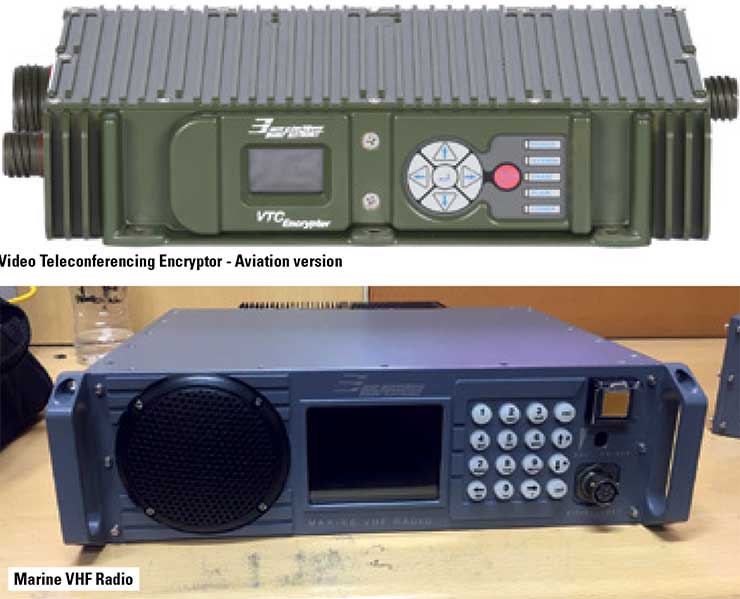 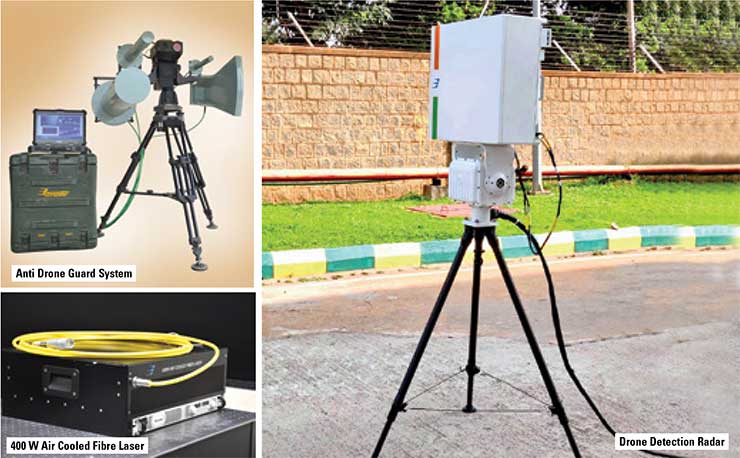 In the last 5 years, BEL’s turnover from non–defence business has been around 15 per cent to 20 per cent of the total turnover. Some of the areas being focused upon in non-defence are Air Traffic Control Radars, Space Electronics, Spacegrade Solar Cells, Satellite Assembly & Integration, Railway and Metro Solutions, Software, Electric Vehicles (Li-ion Battery Packs, Fuel Cells, Charging Stations), Homeland Security and Smart City businesses, Smart Metres and healthcare electronic equipment including ICU Ventilators to combat COVID-19.

What is your current order book size? What is the growth in order book you expect in coming quarters?
BEL’s order book as on 1.12.2020 is more than Rs 52,000 crores. BEL has been consistent in order acquisition year-on-year. The Company has orders worth over Rs 8,000 crores in the pipeline. All-out efforts are being made to tap new markets across the globe.

In addition to the above, BEL will also showcase its R&D capabilities by launching/ demonstrating some of its new products/ technologies. The entire set of state-of-art equipment on offer will be a force multiplier for any Defence force.

How do you see the Government policy of 74 per cent FDI through automatic route impacting the business?
The current FDI policy of 74 per cent through automatic route is permitted for industries applying for fresh licence. Nevertheless, BEL considers it to be a positive step towards establishment of some niche technologies in the country. BEL with its long experience in the Defence sector has developed certain core strengths which is its USP to stay competitive in this sector.