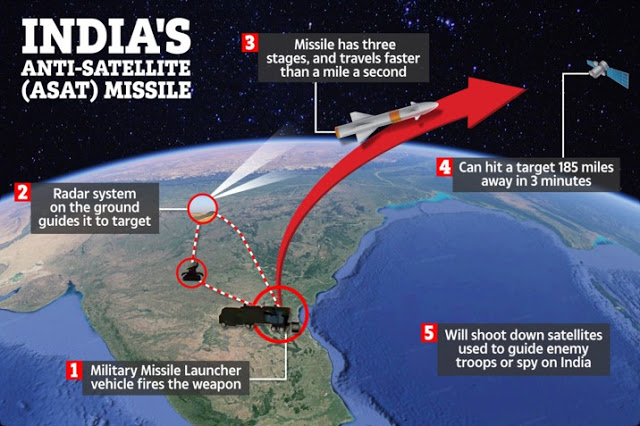 This article may kindly be read with my earlier articles at links indicated below for a better understanding
https://palepurshankar.blogspot.com/2019/04/a-quick-supplement-for-understanding

Long back I had a course-mate to whom I was explaining basic trigonometry and that Sin X/X as X tends to 0 is 1. He asked me a question for which I had no answer. In Sin X/X , whether X is 0 or not please explain to me how can it be 1 if X is cancelled out in the top and bottom.
Only Sin will be left!
This article is precisely for such scientific geniuses.


The recent ASAT test has evoked various reactions from various quarters. NASA was sanctimonious. That was regrettable from a strategic partner. However, Pentagon came out positively. In India, strategic, journalistic, political and unwanted nationalistic hype ruled the roost. Suddenly one found ‘Space Specialists’ sprouting anew and waxing inter galactic strategic wisdom through our hyperventilating media. That too before release of Avengers Endgame! If they had seen it they might have spoken sensibly. While we must be proud of our achievement it is time to coolly understand what happened and what lies ahead. We are a space superpower and we must be proud about it. DRDO and ISRO must be congratulated. However, we must not get ahead of the curve otherwise a lot of apparatchiks will claim that this “Gyan” has come directly out of our scriptures! Their prophetic utterances will make the endgame of Avengers look amateurish.

What happened in the ASAT test? A missile was launched from land at an old satellite which was on the verge of being put to rest. This satellite was orbiting the Earth at about 275km above the Earth in a Low Earth Orbit (LEO). The satellite was intercepted successfully and destroyed. By carrying out this test at the lower end of LEO, it was ensured that most of the debris which would continue in orbit will decay and fall back into the atmosphere. It will burn up on re-entry.

What was achieved? What was achieved was a demonstration of our capability to bring down an inimical satellite, if felt necessary. What were the sensible reactions? USA felt that we carried out the test since we felt concerned about our threats against which we should have a capability to defend ourselves from space. An international defense analyst said that the ASAT test was a shot across the bow for China and that it will only exacerbate the rivalry with Beijing even if only silently. A leading daily says that with this successful ASAT test we have earned our rightful place on the High Table. It places India as one among the four nations to have demonstrated this capability. What is the truth and reality of these statements? In my opinion these statements are both true and false. Complex kind of a proposition to sound credible? Yes. However, I am not going to force an opinion. On the other hand, I will put across the ingredients of operationalization of this capacity to use it as a weapon and the fallout of this capacity when used. You be the judge thereafter. 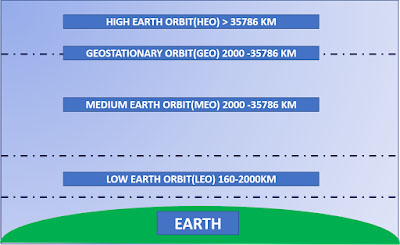 Essentially there are three methods to kill a satellite. It could be a direct impact kinetic energy kill, a kill by a directed energy weapon or a kill by a blast. All three have different implications and requirements which need to be understood. However, before that, one must be clear that High Earth Orbits (Geostationary satellites) and Middle Earth Orbits (Navigation and Communication satellites) are beyond ICBM range. So, let us not even talk of them. Practically, we can kill  satellites only in LEO. Now, a kinetic kill implies launching a missile from ground and directly hitting the target satellite. This is the simplest method. However, every launch gets you one satellite only.

The kinetic option was adopted in our ASAT test. The other kinetic method is to have a steerable satellite in space which can intercept the target satellite and collide into it. Next,a directed energy weapon kill involves directing a high energy laser or a killer ray/ pulse to kill the satellite. The high energy beam / laser can be generated from a ground platform or space-based platform. At least theoretically. Generating a high energy high intensity beam from ground, to a distance of 300-1000 km, at a target moving at over 7km/sec, holding it on target till its destruction, without hitting intervening satellites is still a stuff of science fiction and comics. Mounting this capacity on a space-based platform like a satellite was attempted by the USA under its Star-Wars program, three decades back and abandoned due to its sheer cost. Further, space platforms themselves are susceptible to interception and destruction from ground since all satellites are unarmed. The only method which at present seems possible is to fire it from a space shuttle. Even that is largely wishful thinking. The third method is to achieve a blast kill. Blast will involve an ASAT rocket with a warhead which can be exploded near the satellite. This can be resorted to in case terminal tracking is weak. Alternately one could detonate a nuclear weapon. However, the large-scale or secondary effects of a nuclear blast in space could knock off more satellites than the one intended. The knocked out satellites could of your adversary, friends or your own! Additionally, a nuclear blast in space could end up punching a Ozone hole through our atmosphere with catastrophic consequences for humanity in perpetuity. So, we must settle for the simple kinetic impact method of downing one satellite at a time for the present with out letting our imagination run wild. 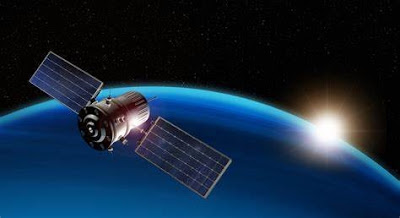 Targeting a satellite is a bit complicated. One should be clear about what is intended. After all, it is the payload, which gives capability to the adversary, that one is knocking off. Hence, we should know about our adversaries’ satellites and their payload capacities. Secondly, we should know whether these satellites are in a stand-alone mode or are being operated as part of a constellation. If the satellite is being operated as part of a constellation, where there is redundancy of satellites and payloads, knocking of one satellite will not be enough. One must knock out more than one satellite almost simultaneously or serially. Hence, we need to have the ability to track multiple satellites at a time with full identity. Each one must be then knocked off independently. That means multiple launches. Hence some detailed intelligence and planning is required. If we are to build multiple launch capability, we also need to have a method of protecting this capability. In turn, it implies either having a mobile track and launch system or a hardened one or a combination of both. In either case the systems must be given ground and air protection. This must be backed by a well-coordinated command and control system. Complications! Complications!

The intended outcomes must be weighed against the unintended ones. The intended outcome is that knocking a satellite out in space is declaring war on that the country which owns it. So that should be clear. If that be so, the adversary can do the same to you. Remember that satellites are unmanned , unprotected platforms. Also, we need to weigh in that, if we knock out an adversaries’ satellite, his friends or international agencies can provide them that input at a cost. Alternately if the target is part of a constellation, then the effect will be in a time specific window and restricted. The adversary will still retain a degraded capability even if a few satellites are knocked out. Demands very serious planning. Serious planning of this variety requires a great degree of knowledge . That is something the Services do not have at present and have no concrete plans to acquire it. Long way to go. Acquire knowledge first.

The unintended outcome is in space and that pertains to debris. Even in our recent test case, the hue and cry was about Space Debris endangering the manned International Space Station(ISS). That too, when we did the test at 300 km altitude and the ISS is at 400 km altitude. A separation of 100 km in space was considered dangerous. Add to it the danger of Space Debris on the 500- 800 odd LEO satellites of all varieties in orbit. Each space debris particle, immaterial of its size, hurtling at a speed of 7 km /hr is a lethal object in space. It is said that the Chinese ASAT test of 2007 and the accidental collision of two satellites (Cosmos 2251 and Iridium 33) in 2009 “represent the worst satellite break ups in history”. The space junk created by them accounted for more than 1/3rd of the cataloged satellites in LEO. Imagine the chaos of space debris if we knock of multiple satellites in a constellation. All satellite systems including our own will be at risk for a long time. Why? There will be large cumulative collision risk of debris to other satellites well into the future. Which means apart from everything else in the present, satellite based  navigation and communications systems could go down any time and unpredictably. Why unpredictably? Lethal debris could be floating in an uncontrolled, unpredictable orbit in space for any length of time , even beyond a year. At higher altitudes (say at about 800 km),  the decay rates of debris will be low. Implying that a chance of space debris collision with a functional satellite is much much higher (estimated at 10 times higher). This will affect, airline operations, data networks, met systems and so on. In fact our day to day life which we have got used to,  will be altered forever.  Chaos! Chaos! Chaos! It is like a blind shot on a snooker table after a couple of stiff drinks with the snooker balls never slowing down. The outcomes will be most unpredictable and bizarrely unthinkable. If one wants to have an idea of this chaos, all one must do is see the popular Hollywood movie “Gravity”.

So, at the end one must understand and weigh the consequences of the desired outcomes as against the undesired outcomes. When one sees it holistically, it is very evident that if one considered nuclear weapons as unusable, space weapons are even further down the line. One must be very careful when we talk of ASAT weapons some like everyday artillery which can be deployed at will wherever you want and fired off in any direction. One can not have loose cannons in space. ASAT is a deterrent and should be kept as one. It is hardly our every day weapon of war. If we have to set the world right after a multiple ASAT strike we will have to find “Avengers” to go back in time and prevent the strikes from happening. The country which carries out such a strike could well be descendants of “Thanos”! Remember we can not go back in time – Tony Stark is no more and  Captain America has grown old. Also, Mr India alone can not do the trick. He can only do the disappearing act.