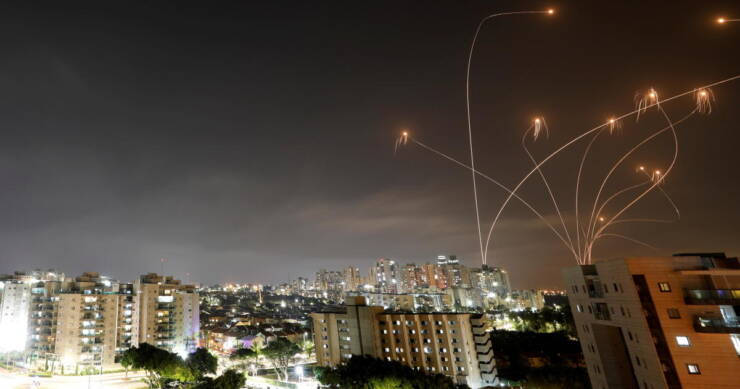 Tel Aviv. The Israeli Iron Dome air defence system succeeded in the last two days to intercept 90 percent of the rockets that the Hamas launched from Gaza. On May 11,  Israeli Defence Minister Beny Gantz approved the call up of IDF 5,000 reservists to expand and deepen home front defence as the country is getting ready to a long period of fighting.

After the Hamas launched rockets to different cities in Southern Israel, the IDF struck over 200 targets all over the Gaza strip. Earlier today, the Hamas said that IDF struck an apartment in an eight story building in the Rimal neighbourhood in Gaza, killing two senior Palestinian Islamic Jihad commanders and fatally wounding the brother of Baha Abu Al Ata who was killed in a targeted IDF operation in 2019.

Hamas’s al-Qassam brigades confirmed the report, and added that Israeli fighter jets attacked the building while his commanders were meeting to “raise readiness and repel the aggression.” Hamas took responsibility for the rocket launch and said that it is in response to the attacks performed by Israel.

The Israeli cabinet approved attacks from ground, air and sea on all targets in Gaza and the adjoining area. The IDF has in recent years prepared a “target bank” that includes all assets of the Hamas involved in activity against Israel. The targets in the list are now being attacked by different types of weapon systems.

-The writer is an International Roving Correspondent of the publication.