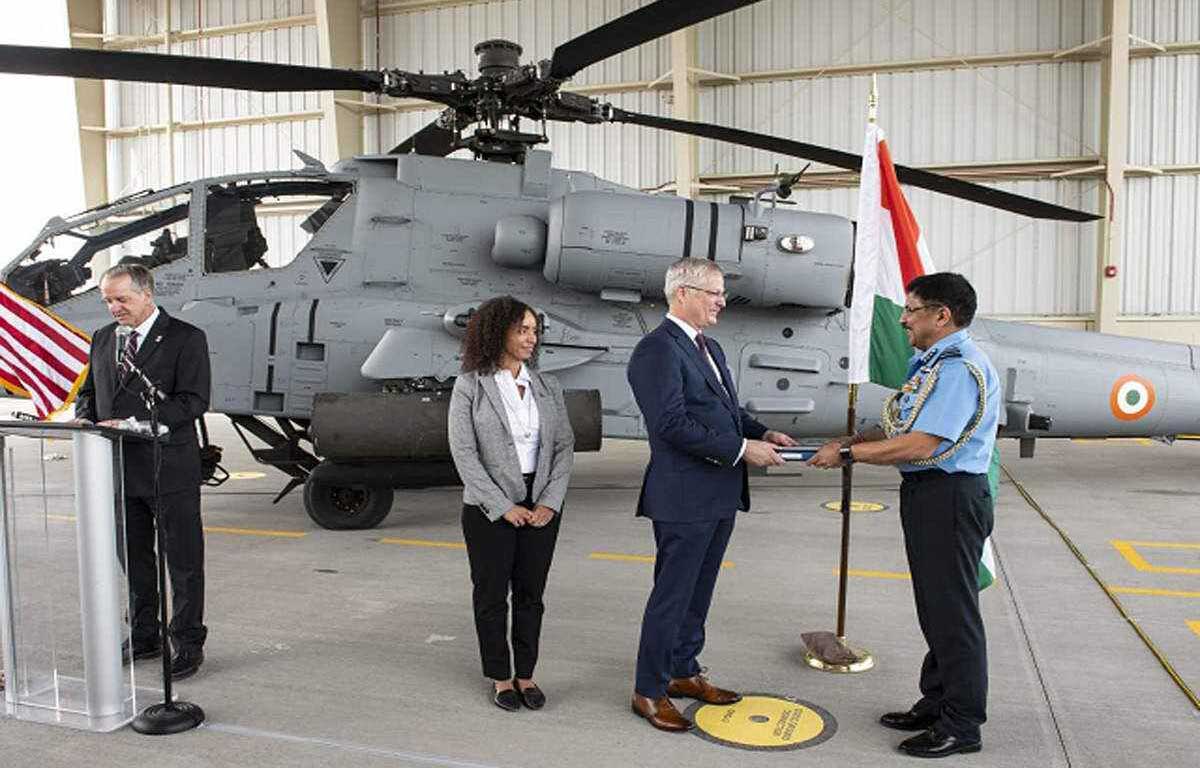 New Delhi. Firepower of the Indian Air Force (IAF) will get boost with the induction of Boeing AH-64E Apache Guardian Attack Helicopters in the first week of next month.

“All the tests have been completed and the induction ceremony will take place on September 3, at the Pathankot Air Force Station,”officials said. The four out of 22 helicopters ordered arrived from the US in July and are presently at the IAF’s Hindon station.

The deal for these helicopters was signed in 2015 and these are coming through the Foreign Military Sales (FMS) route. The delivery of the whole order is expected to be completed by 2020 as stated in the contract.

Considered to be the only attack helicopter in the world with a wide range of capabilities, it has been customized to meet IAF’s specific requirements. These machines which can be launched in any mission come with top-end technology on board, making it the most lethal in the world.

It is a $1.1 billion government to government deal. The AH-64E Apache for India has been customized based on the specifications given by IAF for future requirements. The machines that IAF is getting come with joint digital operability.

There is greater thrust and lift and has improved survivability, and cognitive decision aiding. These are good to be used in mountainous terrain. They have the capability for precision attacks at the standoff ranges.

Apache can be operated in hostile airspace with threats from the ground and can receive and transmit the battlefield picture, to and from the weapon systems. This is possible because the data networking makes it a lethal acquisition. Besides being used for lethal attack, these can also be used for carrying out reconnaissance for security and be dispatched for peacekeeping operations. These multi-role machines are being flown by not only the US forces but also by other armed forces across the globe.

India is the 14th customer of the US-based Boeing Company, which has delivered so far around 2,200 Apache helicopters globally. Both pilots and ground handling staff have undergone extensive training in the US. These helicopters will be replacing the Russian Mi-35 helicopter.

Major components of these machines have been made in India. There will be Hellfire Longbow missiles. Also, Stinger Block I-92H missiles, night vision sensors, and inertial navigation systems.