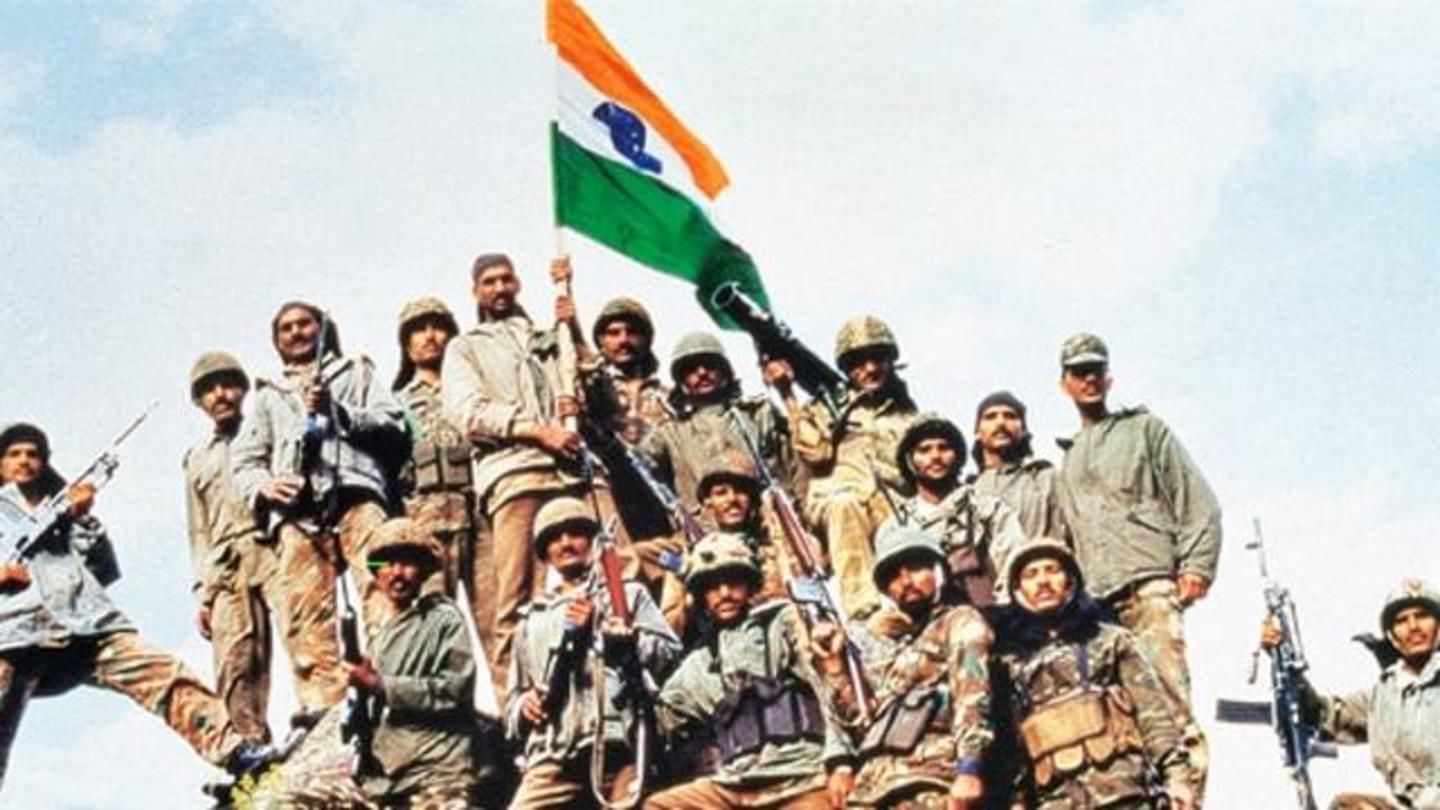 In early 1999, I was posted in Army Headquarters. I was already approved for my next rank and awaiting to take over an artillery unit. In the month of May 1999, we could hear that some problem is brewing up in Kargil, which is likely to blow up but we could not fathom the extent and seriousness of the same. My parent unit was in Jammu & Kashmir, so I volunteered to go to my unit as Commanding Officer. In June, while waiting for my posting, I decided to go on short leave to meet my parents before going to J&K. Those days, there were no mobile phones. When we returned back, I found the posting order pasted on my door to report to unit forthwith. Reports of limited war in Kargil had started pouring in. Next day I was on the train to Jammu, unmindful of the family affairs, all left to my wife to take care. Though stressed, she didn’t ask any questions and bid farewell to me with a smile of a good Army wife, wedded to “Olive Greens.”

From Jammu, I set course to my unit on the dusty road, in the rickety Jonga. There were troops and war equipment all along the route, giving an impression of a War Zone from Hollywood war movies. I reached the operational location of the unit at sunset. Whole unit was deployed. The Adjutant came out of the underground control room and said “Welcome to the unit in OP VIJAY, Sir!! We are at war.” I was inducted into Kargil War.

The war took place between May to July 1999 in Jammu and Kashmir’s Kargil district. Fighting went on till July 26. It was on this day in 1999 that the Indian Army recaptured all the Indian posts in Kargil that had been occupied by Pakistan’s army. Since then, this day is being observed as KARGIL VIJAY DIWAS annually to commemorate the sacrifices made by soldiers in this war. After 21 years, the victory of Indian Army and indomitable gallantry of Indian soldiers deserves a round of applause and standing ovation from all.

The possibility of a full-fledged war in Ladakh was considered to be more remote due to the traditional peace prevailing in the border districts of Kargil and Leh. Prime Minister Atal Bihari Vajpayee’s famous bus ride to Lahore in January 1999 also added to confidence building measures (CBMs) and bonhomie between the two neighbours. As they were attending the Lahore Summit in 1999 to de-escalate tensions in Kashmir, Pakistani troops had started infiltrating into the Indian Territory across the Line of Control (LoC). Such deceitful and cunning action amounted to a stab in the back.

Major diplomatic achievement was that the US played a key role in defusing the crisis, culminating with President Clinton’s no-nonsense talk with Prime Minister Nawaz Sharif

The conflict is believed to have been orchestrated by the then Pakistan army chief General Pervez Musharraf without the knowledge of the then Pakistan Prime Minister Nawaz Sharif. It began with the infiltration of both Pakistani troops and terrorists into Indian Territory. The infiltrators positioned themselves in key locations that gave them a strategic advantage of having a complete view of NH1 and even open fire on Indian convoys, to intercept the traffic flow.  The plan was to take advantage of a reported vacancy in Indian positions along the L-O-C in a crippling “first-strike.” Dovetailed with this master plan was a parallel ignition of the Kashmir insurgency, to dissuade the Indians from moving troops from Kashmir into the theatre in retaliation; and the threat of nuclear response, if escalation was envisaged in India crossing the border.

The victory came at a high price. The official death toll on the Indian side was 527, while that on the Pakistani side was between 357 and 453. This restraint shown by India in not escalating the conflict into a full-blown war, in fact, put tremendous international pressure on Pakistan to finally withdraw from the Kargil heights. Major diplomatic achievement was that the US played a key role in defusing the crisis, culminating with President Clinton’s no-nonsense talk with Prime Minister Nawaz Sharif.  International opinion rallied around India, due to the justness of its cause. Even Pakistan’s all-weather ally, China, remained completely neutral throughout the conflict and had nothing to offer that country other than the advice to negotiate bilaterally. India had proven itself to be a responsible nuclear power. This perception that went a long way in shaping favourable India policy in Western minds.

Intelligence Triumph: Pakistani intelligence forayed into Kargil in late 1998 and the discovery of vacant posts was very good.

Tactical Triumph: In its expedition and execution, the Kargil operation was “tactically brilliant”. The initial forays were able to entrench themselves onto key peaks and interdict Srinagar-Leh Highway (NH1).

Military Fail: The Pakistani military response was mitigated by its failure/ inability to respond effectively to combating troops.

As far as strategic triumph on Indian side is concerned, through a well-organised diplomatic and media strategy, India managed to secure a non-qualified condemnation of the incursion by most major world powers. On the diplomatic front, Indo-US relations improved significantly

Strategic Fail: Pakistani strategy was ad hoc with no plan for holding on against prolonged counter-assault. Militarily, the invasion of Kargil did not plan on a disproportionate military reprisal by Indian forces.

Outcome Fail: The civilian government and institutions were left in bitter disarray, and the civil-military trust deficit had widened. The ensuing suspicion prompted a bloodless coup d’état and the installation of Gen. Musharraf as Pakistan’s fourth Dictator.

Overall, Pakistan now views Kargil-like operations as an ineffective means of dispute resolution—mainly because Kargil appears to have been such a failure in the eyes of the world. 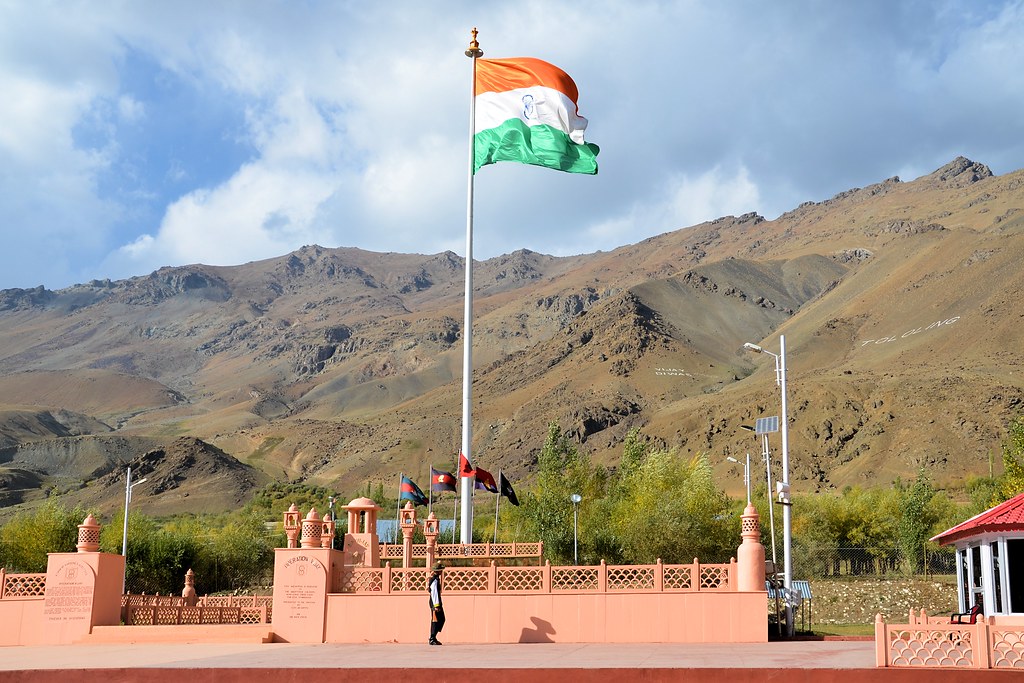 Logistics Fail: The RAND study on the Kargil War claims that the state of Indian logistical preparedness was not good. Gen V P Malik, then Chief of Army Staff (COAS), is on record to say that we fought with whatever we had. Due to continuous neglect by Government/ Bureaucracy in keeping the defence forces battle ready all the time, troops had to go into battle without proper kits. There were shortages of High altitude clothing, equipment for mountain warfare and weapons fit to operate in such extreme cold climate.

Military Triumph: The effective asymmetric use of airpower and firepower was pivotal in shaping the war’s successful course and outcome for India. The valour and indomitable spirit of young officers and soldiers won the battle for India, yet again.

Strategic Triumph: Through a well-organised diplomatic and media strategy, India managed to secure a non-qualified condemnation of the incursion by most major world powers. On the diplomatic front, Indo-US relations improved significantly.

Outcome Triumph: The Indian motive for engagement in the war, under nuclear-overhang, was to re-capture Pakistani-occupied outposts. This was achieved with minimum casualties.

India understood that international support cannot be taken for granted. To ensure this support, India must both maintain a posture of responsibility and be seen as seeking peace. India also recognised the utility of the media in contemporary conflicts and will continue its offensive in the information war. India now believes that it won Kargil politically in part because of its   capability of shaping international perception. India also values the role of perception management in affecting public opinion. The information campaign during the conflict was well coordinated and successful in projecting India’s viewpoint and updating the public at large. It should serve as a good precursor for the government and the military for developing an updated information operations doctrine.

The war affected the Indian security establishment in a manner little short of sunami. It galvanised the Government to look within, identify lapses and implement remedial measures, including creation of new structures. The first step in this entire exercise was the setting up of a high-powered Kargil Review Committee comprising of eminent persons, in July 1999 itself.

The Kargil Review Committee Report pointed to the deficiencies in India’s security management system and gave a call for course correction especially in terms of integration of the armed forces, defence modernisation, and optimum defence budgeting and expenditure. The committee also emphasised on a greater push to domestic defence industry and manufacturing, renewed focus on maritime affairs and the need to integrate and restructure the defence ecosystem.

India has made its mark by strong leadership, mature democracy, steady economic growth, financial stability, huge potential for development, disaster management capability in COVID times, and above all – military might of brave soldiers

The Committee’s recommendations turned the spotlight on the imperative for jointness in the Indian Armed Forces. It gave rise to India’s first integrated command in the Andaman and Nicobar Islands. Many other recommendations like appointment of a Chief of Defence Staff (CDS), are implemented from time to time as it suits the Government of the day.

War over and the soldier is soon forgotten till the enemy comes knocking down, yet again. The expenditure on preparing well equipped, combat ready force of deterrence is soon considered as burden on the exchequer. The defence requirements are every time relegated in priority for other populist schemes. Defence forces being disciplined organisations never raise their voice. The modernisation is slowed, infrastructure development in border areas is put on backburner, training is economised and welfare measures are drastically curtailed.  We only wake up suddenly, when the enemy comes at the door  like it has happened in Aksai Chin after 20 years and then entire nation turns towards defence forces and want them to get Victory (nothing less) at all costs, with no questions asked or no strings attached. That time reminding of past neglect of defence preparedness is considered antinational. This cycle of apathy continues again and again.

After Kargil War, a clear consensus has emerged over the last two decades that Pakistan achieved next to nothing through this misadventure. It has been squarely criticised in Pakistan and world over. However, India can’t let its guard down and get surprised yet again. It’s also prudent to highlight that India must treat nuclear issues more carefully because Pakistan is a risk-acceptant state capable of “irrational” strategic surprises”. India thus must be prepared for nuclear operations that may be forced upon it by Pakistani actions.

“India will be the fulcrum of twenty-first century order,” writes former US Secretary of State Henry Kissinger, “an indispensable element, based on its geography, resources, and tradition of sophisticated leadership.”  India has made its mark by strong leadership, mature democracy, steady economic growth, financial stability, huge potential for development, disaster management capability in COVID times, and above all – military might of brave soldiers. Recent standoff at Galwan with superpower China and India’s role in mustering Anti-China world forum has clearly enhanced the status of India.

I revisited Kargil in 2015 to pay my tributes to the “Kargil Heroes” before I hang my uniform. I stayed for a night at Kargil to imbibe the great spirit that’s still in the Kargil ambience. I was briefed at the Kargil Brigade HQ and also saw the short film on KARGIL VIJAY. As I stood at Kargil Memorial and looked at the dominating peaks in front, my head went up with pride and my hand went up to salute the bravehearts that made the impossible happen. Today, on KARGIL VIJAY DIWAS, the whole nation of 130 crore joins me to salute the valour and sacrifices of brave Indian soldiers at Kargil.

-The author is a scholar soldier and has widely travelled in India and abroad. He is an avid reader, prolific writer, social activist, career consultant and a motivational speaker in demand. The author can be contacted at -www.majgencpsingh.com. Views expressed are personal and do not necessarily reflect views of Raksha Anirveda