Air raid sirens blare! All India radio and emergency broadcast services broadcast reports of an attempted pre-emptive strike by Pakistan Air Force (PAF) squadrons on Indian airfields across the border. The air defence command springs into action, interceptor aircraft are scrambled and AAA guns and missile open up all along the border right from the Kashmir valley to the Arabian Sea, shooting down scores of incoming aircrafts with extreme prejudice and ruthlessness. The survivors are forced to head back home with their morale low and sinister objectives unachieved. This seems to be a fictional scenario, but in the years to come, this will be the new normal.

In today’s constantly changing battlefield and geopolitical environment, the threat of war looms ever more seriously, never has the battlefield been as lethal and the stakes as higher as now. With advancements in aerospace technology and SEAD techniques becoming more effective, many speculate that wars will begin and end with decisive air campaigns.

It is therefore in the interest of any self-respecting and upcoming superpower to ensure that their airspace is always sanitised and they are capable of achieving air dominance while providing air defence cover to all its vulnerable assets. This involves a combination of passive and active measures to nullify or reduce the effectiveness of an enemy air attack. The air defence (AD) system has to detect, acquire, identify, intercept and destroy a target before it releases its payload or its desired effect is achieved.

The effectiveness of any air defence system is heavily dependent on short reaction time, reliable intel, early warning and continuous gap free surveillance. The system must provide a proportionate and layered response against a range of targets while simultaneously resisting possible countermeasures. It must also be capable of sustained operation despite absorbing considerable battle damage. Hence an independent, centralised and fully integrated air defence setup that utilises a tri-service organisational set-up to focus all its resources in a forward defensive posture denying the enemy any opportunity of incursion is the need of the hour.

A very basic air defense set-up for any self-important nation would normally consist of the following:-

Nearly all global players recognise the importance of having clear skies above their own territory and the battlefield hence they have invested heavily in modernising and integrating their air defence systems to create a dense, mobile and impassable air defence envelope. The lessons of Kosovo, the Arab Israeli war, first and second Gulf war, and the more recent Op Zafran (Balakot airstrike), drone strike on the Saudi Armco refinery and the mortar, artillery and cruise missile barrages on military instillations in the West Asia and Afghanistan are not lost on them. 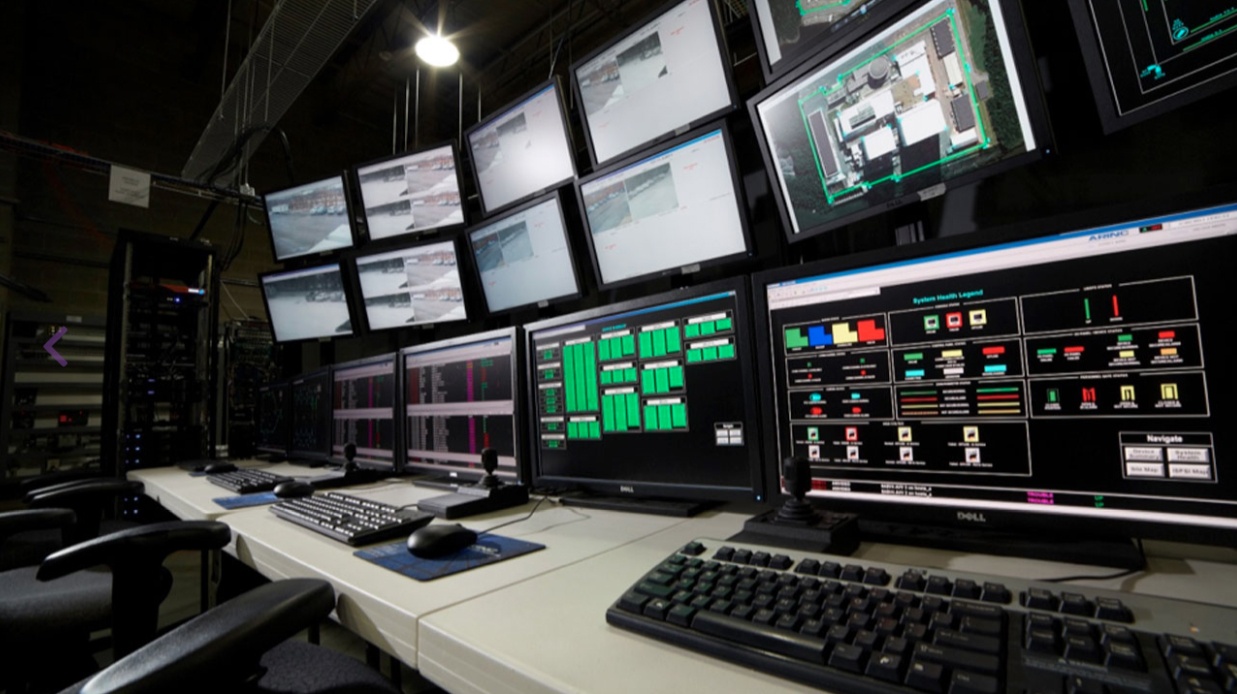 Few of the notable air defence systems that are used around the globe are:-

Each service has their individual air defence set-up and the execution of the air defence function is a core competency of each service. A brief overview of the current set-up is given below.

It is observed that the three verticals of the armed forces maintain similar capability and equipment, and the same can and should be integrated on the lines of building a national air defence environment

The service operates several squadrons of air superiority fighters, multirole fighters, fast interceptor aircraft, a small array of surface to air missiles (both static and mobile) and a few close in weapon system for terminal and point defence.

It employs airborne early warning aircrafts, a plethora of long-range high-resolution radar systems and medium range tracking radars in an integrated setup called the IACCS system to obtain a seamless picture over its battle space.

Apart from operating SAMs and AAAs, the Navy also operates a dedicated air wing from both its airbases on the shores and aircraft carriers providing additional teeth to their air defence setup. Some ships have even undergone trials for mounting the ballistic missile defence capable missile systems.

It is observed that the three verticals of the armed forces maintain similar capability and equipment, and the same can and should be integrated on the lines of building a national air defence environment. At the same time each service should maintain the capability to protect its own airspace if the need be. 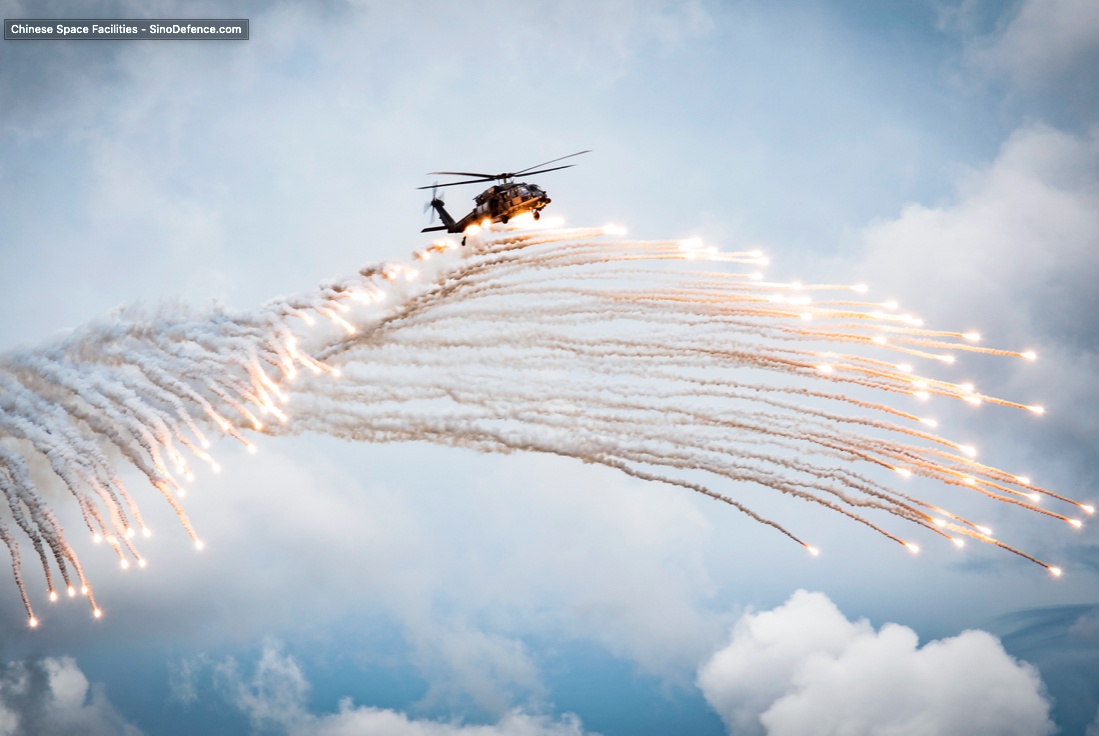 The air defence command should thus follow the following philosophy:- 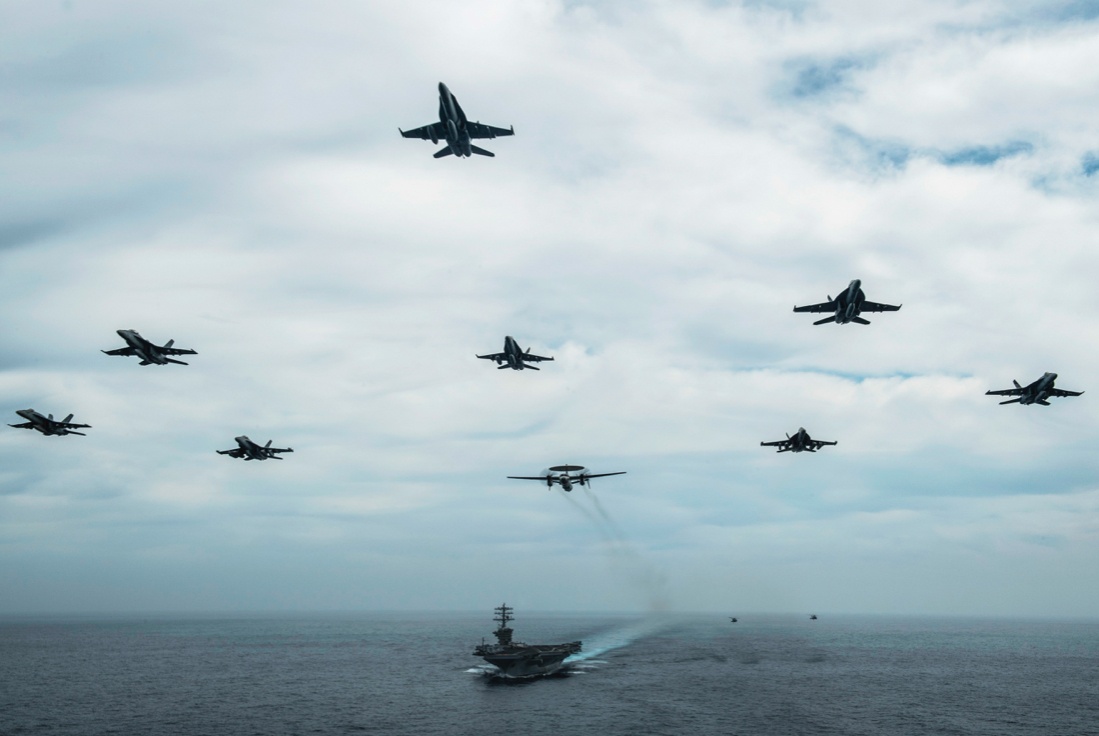 The organisational structure will be as follows, to be jointly staffed by officers and personnel from the army, navy and air force.

SOCs and OCCs are deployed all along IB to provide near seamless AD cover, they are deployed in an aggressive forward defensive posture and on the basis of threat perception and asset protection. They are to cover maximum area and provide overlapping fields of fire giving a layered and tiered response to incoming air threat.

Majority of the equipment to be mobile or semi mobile to advance with the tactical battle area, dense overlapping and impenetrable air defence umbrella to be created along the entire battle frontage to actively deny and destroy enemy air threat.

SOCs and OCCs to be assisted by AI systems in situational awareness, decision making, threat perception, weapon target matching, IFF, parallax cancellation, platform matching and anti-SEAD operations. They are to be linked to each other and the national air defence network via secure data link with built in redundancy.

Each individual service has its unique systems in place for various air defence related roles, only by integrating and optimising their use can the maximum efficiency be achieved. Components are to be grouped according to their role. The Way Ahead (Recommendations)

To conclude, any country that realises the importance of air defence in the changing scenario will gauge the threat posed by the enemy air attacks and establish an independent air defence command that exercises control over all AD assets. Its role will be, but not limited to, coordination, training and induction of new air defence platforms. The operational command may be kept centralised or can be delegated to operational or sector commands and local commanders. Flexibility and adaptability would be key to its operation.

-The writer is a mechanical engineer and an alumnus of Manipal University, Jaipur. He has keen interest in all things military, is an avid reader and an aspiring defence analyst